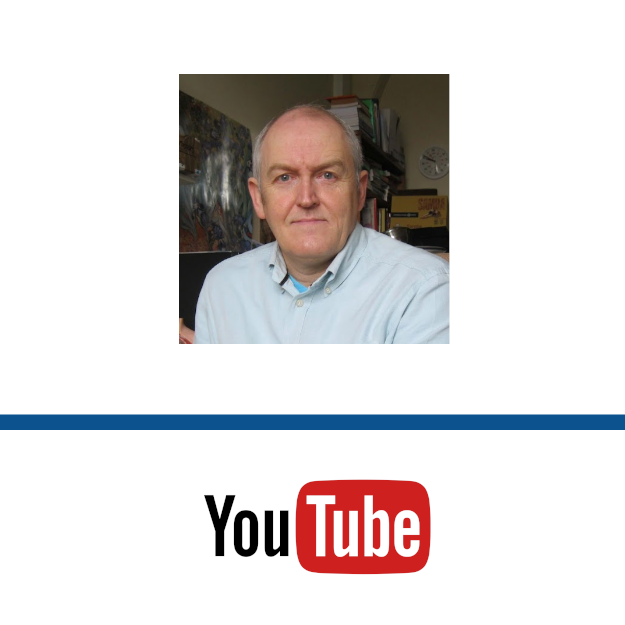 CLAIM
“In other words, you're about 70 percent less likely to die if you take ivermectin compared to taking remdesivir”
VERDICT more about the rating framework

DETAILS
Fails to grasp significance of observation: The research presented in John Campbell’s video, purportedly showing ivermectin to be an effective COVID-19 treatment, contained several limitations. For example, one set of research findings that he cited involved comparing COVID-19 mortality in patients that took remdesivir with those who took ivermectin. However, remdesivir is used in hospitalized patients, while ivermectin is mainly used in outpatients. Patients on remdesivir are therefore more likely to be seriously ill and die compared to patients on ivermectin.
KEY TAKE AWAY

Ivermectin, a drug used to treat parasitic infections in humans and animals, has been touted as an effective COVID-19 preventative and treatment. However, the scientific evidence to support such use is scarce and of questionable reliability. At the moment, ivermectin isn’t approved for the treatment of COVID-19 by the U.S. Food and Drug Administration.

FULL CLAIM: “In other words, you're about 70 percent less likely to die if you take ivermectin compared to taking remdesivir”; “That data shows that unequivocally ivermectin was associated with decreased mortality in patients with COVID-19 when compared to remdesivir”; “Why isn’t this in the newspapers, 70% reduction in mortality in this study? I mean this is just huge and this is with the tiny dose of ivermectin every fortnight acting as a prophylactic”; “This is why I think ivermectin is going to be one of the huge scandals, it’s almost as if information has been deliberately suppressed throughout the pandemic”

On 6 March 2022, retired nurse practitioner John Campbell published a YouTube video in which he claimed that scientific evidence demonstrated the effectiveness of ivermectin in reducing COVID-19 mortality. At the time of this review’s publication, the video has been viewed more than 777,000 times and shared more than 10,000 times. Campbell previously made misleading claims about COVID-19 deaths, which was documented in this previous Health Feedback review and in a fact-check by PolitiFact.

The claims in his latest video are likewise misleading, as we will explain below.

The first set of evidence presented by Campbell in his video came from an abstract submitted to the Eighth International Meeting on Emerging Diseases and Surveillance[1]. Unlike published studies, abstracts are very brief summaries of research work. They don’t undergo the same peer review process as published studies do. [Editor’s note: The abstract was later retracted at the request of its authors in March 2022.]

The abstract described its aim as evaluating the difference in mortality between COVID-19 patients treated with ivermectin and those treated with remdesivir. Remdesivir is an antiviral drug that has been approved by the U.S. Food and Drug Administration for treating COVID-19, in contrast to ivermectin which hasn’t received such approval for COVID-19.

To do this, the authors did a retrospective study using medical records of adults who had COVID-19 between January 2020 and July 2021. Of the 41,608 COVID-19 patients included in the study, 1,072 were on ivermectin and 40,536 were on remdesivir.  By comparing the mortality rate in both groups, the authors concluded that “Ivermectin use was associated with decreased mortality in patients with COVID-19 compared to remdesivir”.

Campbell claimed that the data “unequivocally” showed that ivermectin is effective at reducing COVID-19 mortality, saying “In other words, you’re about 70 percent less likely to die if you take ivermectin compared to taking remdesivir”.

However, the authors of the abstract objected to such an interpretation of their work, with one of them calling out Campbell’s video specifically. This can be seen from the tweets below by medical student Iakov Efimenko and infectious disease specialist Jose Gonzales Zamora, both of whom are affiliated with the University of Miami:

I don't think it's funny… people like John campbell are calling this a "great thought out study" when in reality it's an abstract with preliminary data. We have randomized controlled trials why are we still interested in retrospective cohort data abstracts?

I am ONE of the authors of the study. This "retrospective" study looks for ASSOCIATION, not causality. Now that we have randomized clinical trials, we can say with certainty that IVERMECTIN DOES NOT WORK AT ALL FOR COVID. I recommend to read the conclusions of the abstract.

Efimenko instead directed people to randomized controlled trials of ivermectin. Notably, these haven’t yet turned up convincing evidence of ivermectin’s effectiveness against COVID-19, as a Cochrane Systematic Review of 14 RCTs found[2]. In an interview with Greg Tucker-Kellogg, a professor of biology at the National University of Singapore, Efimenko explained in detail why the interpretation given by Campbell and others, including Pierre Kory and Jordan Peterson, was misleading.

Nicholas Mark, a lung specialist and intensivist at the Swedish Medical Center in Seattle, Washington, pointed out that remdesivir is given to inpatients, whereas ivermectin is mainly taken by outpatients. This means that people in the remdesivir treatment group are more likely to be seriously ill compared to the ivermectin treatment group.

Despite the groups being wildly dissimilar, they *somehow* adjusted for potential compounders. (They don’t say how)

Crucially they did NOT adjust for hospitalization status. This means they compared COVID outpatients (on IVM) to COVID inpatients (on remdesivir). 🍎to🍊

Hospitalization status, which is a proxy for disease severity, is a factor that significantly influences the risk of death from COVID-19, yet it wasn’t accounted for in the research. Therefore, the observation that ivermectin treatment was associated with lower mortality may have been due to the fact that patients using ivermectin were less ill compared to patients on remdesivir, rather than because one drug was more effective than the other.

In addition, Campbell cited a second study conducted in the Brazilian city of Itajaí. That study was widely shared on social media in December 2021, in the form of a preprint. It was later published in the scientific journal Cureus[3]. However, that study contained multiple methodological flaws that call the reliability of its conclusions into question. It was the highlight of an earlier Health Feedback review, which discussed the problems with the study in detail.

The study involved a retrospective analysis of data from July to December 2020 in a clinical database for a COVID-19 prevention program implemented in the Brazilian city of Itajaí. The aim of the study was to determine the effects of prophylactic (preventative) ivermectin treatment on the risk of infection, hospitalization, and mortality. To do this, the authors compared the disease outcomes (infection and mortality) in more than 133,000 people who used ivermectin with that of more than 87,000 people who didn’t. A person was considered to be an ivermectin user if they opted into the program.

The study also didn’t keep track of whether people in the ivermectin treatment group were actually taking the drug:

15/n There's also quite strong evidence that many of the "ivermectin" group did not pick up the medication, and stopped taking it almost immediately https://t.co/sKmC2N0kwD

Campbell also claimed that these studies were evidence that “ivermectin is going to be one of the huge scandals” and that “it’s almost as if information has been deliberately suppressed throughout the pandemic”.

But his claim isn’t grounded in reality. The research he cited in the video is free to access on the Internet. Moreover, the abstract was tweeted more than 14,000 times, while the study in Itajaí was read hundreds of thousands of times and received more than 39,000 engagements on social media according to the social media analytics tool CrowdTangle.

As explained previously in this review, the reason ivermectin isn’t approved as a COVID-19 preventative or treatment is that there’s no reliable clinical evidence showing that ivermectin is effective for such uses. Claims to the opposite commonly involve misinterpretation of a study and/or a failure to understand its flaws and limitations, as demonstrated in Campbell’s video. Indeed, the BBC reported that studies purporting to show that ivermectin is effective typically contain critical errors invalidating the study’s results or signs that the data was fabricated.

The review was updated to include an editor’s note informing readers that the abstract was later retracted at the request of its authors.

This review was updated to include a link to an interview with the first author of the research abstract cited by Campbell, Iakov Efimenko, who explained in detail why Campbell’s claim was misleading.