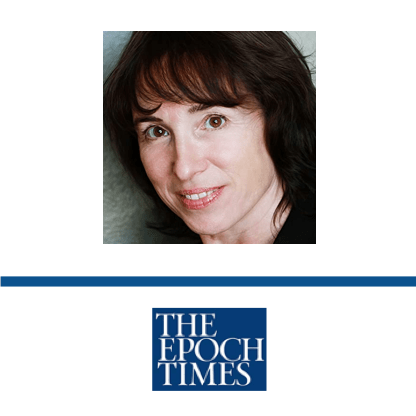 DETAILS
Inadequate support: The claim that ivermectin is an effective COVID-19 treatment is based on flawed studies. In contrast, rigorous, large clinical trials haven’t detected a clear benefit from ivermectin treatment in COVID-19 patients so far.
Misleading: The fact that ivermectin is safe and effective against parasitic infections doesn’t indicate that it will also be safe and effective for COVID-19. To do that, ivermectin would need to demonstrate its safety and efficacy in COVID-19 patients specifically.
KEY TAKE AWAY

Ivermectin is used in humans as a safe and effective antiparasitic medication. However, this alone doesn’t support its use for other diseases, including COVID-19, unless clinical evidence demonstrates that the drug is safe and effective against that particular disease in people. Large, robust clinical trials so far haven’t shown that ivermectin provides a benefit in reducing COVID-19 severity, hospitalization rate, or mortality. Based on this evidence, ivermectin is currently not recommended for treating COVID-19.

FULL CLAIM: “Despite the spectacular worldwide effect profile, of excellent effect against COVID-19, with 0.26% observed minor side effects, and its use across several continents, ivermectin is widely shunned and ignored”

On 25 December 2022, the Epoch Times reposted an article by naturopath Colleen Huber titled “Ivermectin is Safe and Effective: The Evidence”. At the time of this review’s publication, the article had received more than 4,500 interactions and 1,700 shares on Facebook, according to social media analytics tool CrowdTangle.

First published on Substack on 9 September 2021, the article accused public health authorities and media of ignoring the evidence supporting ivermectin’s safety and effectiveness as a COVID-19 treatment. But this claim is unsupported and misleading. While it is true that ivermectin is safe and effective against a wide range of parasitic infections in humans and animals, the same hasn’t been established for ivermectin as a COVID-19 treatment so far.

Due to the lack of supporting evidence, public health authorities like the World Health Organization (WHO) and the U.S. National Institutes of Health, and regulatory bodies like the U.S. Food and Drug Administration and the European Medicines Agency don’t recommend using ivermectin to treat or prevent COVID-19 except in clinical trials designed for testing these effects.

Huber had previously promoted unproven cancer cures and spread COVID-19 misinformation, as documented in multiple fact-checks and in this article by oncologist David Gorski on the blog Respectful Insolence.

Ivermectin demonstrated its safety and effectiveness against parasitic infections, not as an antiviral in COVID-19 patients

Huber’s article presented ivermectin as a “tremendously effective, safe, and low-cost” medicine included in the WHO’s 2019 Model List of Essential Medicines for its safety and efficacy. While factually accurate, Huber’s narrative misleads the reader into believing that this status also applies to COVID-19 when it doesn’t.

Ivermectin is a derivative of avermectin, a naturally-occurring compound discovered by William Campbell and Satoshi Omura in the late 70s. Ivermectin has been safely used as an antiparasitic for over three decades, winning Campbell and Omura the Nobel Prize for Physiology or Medicine in 2015.

Experiments in cells cultured in the laboratory showed that ivermectin has antiviral activity, including against SARS-CoV-2[1-5]. However, the effects of a drug on a group of cells growing in a Petri dish don’t necessarily reflect what happens in the human body, which is far more complex. In people, ivermectin has only shown it is safe and effective in the conditions used against parasitic infections, not against COVID-19.

One of the main pieces of evidence presented in the article is a “meta-analysis of 63 studies of ivermectin versus COVID-19 in humans”. A meta-analysis is a type of review that combines data from several studies to gain statistical power. Based on the results of this analysis, Huber claimed that patients treated with ivermectin showed an “improvement” of 69% when using the drug early and that ivermectin reduced COVID-19 mortality by 76% compared to the control group. It also claimed that using ivermectin before exposure, for preventing infection, led to an improvement of 86%.

The article didn’t include any reference to the cited analysis. However, based on Huber’s description, the data source might be an analysis posted on the website c19ivm.org. Although the analysis results are frequently updated, an archived version from 7 September 2021 including 63 studies shows language and figures very similar to those reported in Huber’s article two days later.

The website claimed to present a “living analysis” of ivermectin as a COVID-19 treatment, concluding that “Ivermectin is an effective treatment for COVID-19”, particularly when used early. However, several issues call into question the validity of the results and conclusion.

One critical issue is the quality of the studies. According to the website, the analysis included clinical studies evaluating the effect of ivermectin in COVID-19 patients compared to a control group. Only 44 of them were peer-reviewed, while the remaining 19 were preprints—manuscripts that haven’t yet been reviewed by other scientists. The authors retrieved these papers from scientific literature databases, preprint servers, clinical trial registries, and spontaneous submissions to the site.

A closer look into these references readily shows that at least six of them, including three peer-reviewed studies, were later retracted for containing unsupported claims or due to methodological or ethical issues. At least one more has a published expression of concern. The inclusion of such articles raises concerns about the quality of the other data included in the analysis, which can greatly influence the conclusions of the meta-analysis and make them unreliable.

A September 2021 article on the website Ars Technica pointed out many other methodological issues in the meta-analysis, including aggregating data from studies with completely different designs, populations, outcome measures, and ivermectin dosage. Many studies also coadministered other drugs together with ivermectin. As the article on Ars Technica explained, such heterogeneous data in an analysis that also didn’t account for potential biases are unlikely to provide reliable results.

Another red flag is that, along with ivermectin, the c19ivm website promoted several other unproven compounds as effective COVID-19 treatments, such as hydroxychloroquine, zinc, and vitamins. Finally, the c19ivm website doesn’t disclose the author’s identities, affiliations, or potential conflicts of interest. Instead, it simply states “We are PhD researchers, scientists, people who hope to make a contribution”, making it impossible to verify the authors’ experience in conducting such analyses.

Some early preclinical studies suggested that ivermectin might benefit COVID-19 patients[5,6]. These results prompted researchers worldwide to launch clinical trials evaluating ivermectin’s effectiveness against COVID-19. At a time when COVID-19 vaccines weren’t yet available, ivermectin became increasingly popular among some doctors and patients as a “miracle drug”, despite the lack of evidence supporting its use against COVID-19.

In October 2021, the BBC reported that “more than a third of 26 major trials of the drug for use on Covid have serious errors or signs of potential fraud. None of the rest show convincing evidence of ivermectin’s effectiveness”. Retraction Watch, a blog that reports on retractions of scientific studies, posted a Twitter thread listing all retracted studies on ivermectin up to July 2022.

And as Health Feedback explained in several earlier reviews, randomized, controlled clinical trials haven’t shown that ivermectin treatment benefits COVID-19 patients[7-10]. A July 2021 Cochrane Systematic Review concluded that most of the evidence available then was of low quality and didn’t support “the use of ivermectin for treatment or prevention of COVID-19 outside of well-designed randomized trials”. In a June 2022 update, the review concluded there was “no evidence to support the use of ivermectin for treating COVID-19 or preventing SARS-CoV-2 infection”[11]:

The article reposted in the Epoch Times claiming to provide evidence that ivermectin is a safe and effective COVID-19 treatment is unsupported and misleading. Part of this supposed evidence is based on ivermectin’s safety and efficacy against parasitic infections, not COVID-19. Another part is a meta-analysis of obscure origin, whose conclusions are unreliable owing to its methodological flaws. These data are insufficient to overturn the evidence from several large clinical trials in humans which haven’t identified benefits from ivermectin treatment in COVID-19 patients.