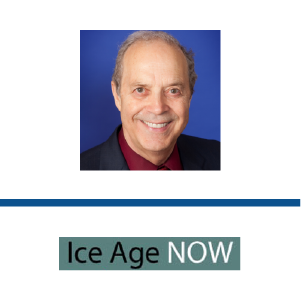 CLAIM
CO2 does not cause climate change, it RESPONDS to it [...] temperature always changes first, and CO2 follows
VERDICT more about the rating framework

DETAILS
Flawed Reasoning : A lag between the initiation of past warming due to other factors and rising CO2 does not mean mean that CO2 cannot have caused temperature to increase further.
Misrepresents a complex reality : CO2 has been shown to begin increasing before temperature in some instances of past climate change, but also acted as a feedback that amplified warming caused by other factors like cycles in Earth’s orbit.
KEY TAKE AWAY

Because of the physics of the transfer of electromagnetic radiation, CO2 acts as a greenhouse gas, meaning that temperatures must increase as the concentration of CO2 increases. This is true whether natural factors initiate warming (as in many past climate changes) and the release of CO2, or the warming is initiated by a release of CO2 (as humans have done).

FULL CLAIM: CO2 does not cause climate change, it RESPONDS to it [...] temperature always changes first, and CO2 follows

Christopher Colose, Postdoctoral Research Fellow, NASA GISS:
This is both false and irrelevant.

Claims that “CO2 led temperature in the past, therefore cannot have caused it to rise” originated over a decade ago from a misrepresentation of ice core research (that itself has been subject to significant refinements in dating). It was based on the fallacy that since other factors influence climate (in this case, changes in the Earth-Sun geometry) and that the carbon cycle is affected by climate, the converse cannot be true. Of course, this is not logically coherent, and in practice is wrong since the radiative effect of CO2 is well-established. Indeed, CO2 would not be expected to fluctuate on its own 100,000 year timescale on its own, independent of the climate.

In fact, more recent research1 shows that CO2 still led global temperatures and the full deglacial process, unlike in older literature that examined only Antarctic sites.

CO2 has also “led” global temperature on geologic timescales, and is largely responsible for how Earth’s temperature evolved over the last 50 million years. There are many ways to change the partitioning of carbon between the Earth and atmosphere, and how this happens is not relevant for the fact that if more CO2 is in the atmosphere, the planet will get warmer. Today, however, the excess source of carbon to the atmosphere is from humans.

Regardless of the source and cause of atmospheric CO2 increase, it will have a warming effect. Basic science does not change; CO2 is a greenhouse gas that is released into the atmosphere by burning of fossil fuels and leads to atmospheric warming.

Jeremy Fyke, Postdoctoral researcher, Los Alamos National Laboratory:
In the natural Earth system, CO2 release acted as a feedback of naturally-forced change (e.g. due to millennial-scale, gradual, changes in the Earth’s orbit). Thus, CO2 is clearly established as an important forcer of, for example, ice ages. This demonstrates it’s effectiveness as a radiative gas. Now, of course, the situation is flipped because humans are actively emitting CO2. This is why it is now a “forcer” rather than a “feedback”. This change in no way impacts our century-old understanding of how CO2 warms the climate.

[These comments are taken from a previous evaluation of a similar statement.]