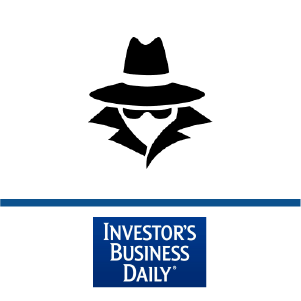 This article hinges on incorrect factual assertions and fails to support its central claim: that "the UN admits the Paris Climate deal was a fraud".

FULL CLAIM: The UN Admits That The Paris Climate Deal Was A Fraud [...] the Paris climate accord amounted to nothing, or pretty close to it. Even the UN admits that now.

This article claims that the United Nations admitted that the 2015 Paris Climate Agreement was “a fraud” and “amounted to nothing, or pretty close to it”. This claim is based on the 2017 Emissions Gap Report—an annual comparison of countries’ estimated greenhouse gas emissions against their pledges, and against the stated international goal of limiting global warming below 2°C (above pre-industrial times).

The Investor’s Business Daily article correctly notes that the report shows nations have not yet committed to sufficient emissions cuts to limit warming to 2°C. Although the article describes this incorrectly, the emissions pledges made as part of the Paris Climate Agreement are only consistent with a trajectory leading to roughly 3°C warming this century. To that end, the report states:

“The successful Paris Agreement has generated and incentivized action at scale by both governments and the private sector. Nevertheless, it marks only a beginning. The [pledges] that form the foundation of the Paris Agreement cover only approximately one third of the emissions reductions needed to be on a least cost pathway for the goal of staying well below 2°C. The gap between the reductions needed and the national pledges made in Paris is alarmingly high.“

This conclusion was not new to the 2017 Emissions Gap Report, as it was known at the time the Paris Climate Agreement was signed in 2015. The design of the Paris Agreement includes a “ratchet mechanism”—every five years, countries agreed to meet again and revisit their pledges with the aim of agreeing to further emissions cuts. For this reason, the report goes on to say:

“More ambitious [pledges] will be necessary by 2020 and should build on the existing, extensive knowledge about the cost-effective policies and measures that can be taken.“

Much of the report focuses on how countries can close this emissions gap with more-ambitious actions. The Investor’s Business Daily actually article acknowledges this, stating, “The UN claims that closing this gap will be easy enough, if nations set their collective minds to it.” However, the article then claims, without evidence, that “this is a fantasy.”

The article’s claim that this is a UN admission of “fraud” or of an agreement that “amounted to nothing” is unsupported. It provides no examples of UN statements to this effect.

The business-as-usual baseline emissions trajectory preceding the Paris Climate Agreement was consistent with warming of over 4°C this century. Shifting to a 3°C pathway is significant progress toward the 2°C goal.

And as illustrated in the IPCC and US National Climate Assessment reports, the impacts of climate change increase significantly with each additional degree C warming. The article’s claim that this progress “amounted to nothing” is not supported by a discussion of avoided climate impacts.

The Investor’s Business Daily article also rejects the science of climate change, claiming that “all those forecasts of global catastrophe are based on computer models that have been unreliable predictors of warming”. This is false, as previous Climate Feedback reviews of similar claims show. The scientific understanding of climate change is based on multiple lines of evidence, and the models that scientists use have, in fact, compared quite well to observed temperature trends.

The article, therefore, relies on incorrect or unsupported assertions to make its argument, while implying that the UN has made admissions that are contrary to any actual UN statements.