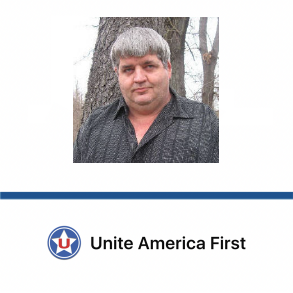 DETAILS
Inaccurate: An investigation of claims that HIV-positive foster children dying during clinical trials of experimental AIDS drugs didn’t find that the deaths were caused by trial medication.
Unsupported: The NIH, including the NIAID, funded a number of the clinical trials that enrolled foster children in New York City, but it cannot be determined if Anthony Fauci personally chose to provide NIAID funds to these clinical trials.
KEY TAKE AWAY

In 2004, author Liam Scheff published claims that New York City foster children who were HIV positive participated in experiments with AIDS drugs in the late 1980s and early 1990s that led to the deaths of children. An investigation by the Vera Institute of Justice found that 25 foster children died during the 88 trials and studies conducted in New York City between 1985 and 2005, but Vera did not find that any of the deaths were caused directly by the drugs from the trials. Additionally, while 81.3 percent of the clinical trials in New York City that involved foster children were funded by National Institutes of Health institutes, including the National Institute of Allergy and Infectious Diseases, Anthony Fauci’s personal involvement in funding decisions cannot be determined.

FULL CLAIM: “Dr. Faucistein [Anthony Fauci] Funded Experimenting With AIDS Orphans…25 Died”; Fauci “funded a study in New York City, where they treated AIDS kids with experimental drugs, twenty-five of those kids died during the research. Another fifty-five died after the experiments.” Fauci also funded “experiments with dogs, allowing them to suffer as they were eaten by insects” and he “spent $16 million in taxpayer dollars so scientists could perform disturbing ‘toxic brain injections’ in monkeys”.

In October 2021, there were claims that Anthony Fauci, the director of the National Institute of Allergy and Infectious Diseases (NIAID), was linked to various research experiments allegedly funded by the U.S. National Institutes of Health (NIH). For instance, on 24 October 2021, social media posts (see here and here) claimed that Fauci funded experiments that used “acid to destroy a region of monkeys’ brains to magnify terror”; a Reuters fact-check found that the research was actually funded by the National Institute of Mental Health (NIMH), not NIAID, and that Fauci “is not involved and has never been involved in this study”.

A similar claim from August 2021, which accused Fauci of wasting U.S. tax dollars on experiments for a potential vaccine for lymphatic filariasis on beagles, was likely funded by NIAID and the NIH, but as Snopes noted in their fact-check, “it is unclear whether such allocations were personally approved by Fauci”. Despite this caveat and previous mistakes made in attributing funding sources to Fauci and NIAID, this has not kept other claims of this nature from cropping up.

In the same vein, a 27 October 2021 article by Steven Ahle, published on the website Unite America First, claimed that Fauci “approved experiments on hundreds of New York City orphans […] where they treated AIDS kids with experimental drugs, twenty-five of those kids died during the research. Another fifty-five died after the experiments”. Later in the piece, Ahle tied Fauci to two other experiments: one involving dogs and parasite-infected flies, and the other monkeys and “toxic brain injections”, likely a reference to earlier claims that we cited above. As we’ll show below, all these claims are inaccurate.

Claim 1 (Inaccurate): Fauci “approved experiments on hundreds of New York City orphans […] where they treated AIDS kids with experimental drugs, twenty-five of those kids died during the research”

This claim can be traced back to Liam Scheff, an author who denied accepted AIDS science, who in 2004 wrote that in the late 1980s and early 1990s, foster children with HIV in a New York City care facility were being used as guinea pigs in experiments with HIV drugs. A 2005 article from The New York Times summarizing Scheff’s claims and the fallout can be read here.

As Scheff’s claims gained momentum, pressure was placed on the New York City Administration for Children’s Services, the city’s child welfare agency, which then requested that the Vera Institute of Justice undertake a thorough investigation of the claims and the enrollment of New York City foster children in HIV/AIDS clinical trials between 1985 and 2005. The Vera Institute of Justice is an independent nonprofit research group with a strong focus on areas of criminal and juvenile justice.

In 2009, the Vera Institute of Justice released its report (which can be read here). Vera identified 532 New York City foster children who had participated in clinical trials and observational studies between 1985 and 2005. Their review “found evidence that supported some concerns about the participation of foster children and their families in clinical trials”, particularly related to issues of enrollment and informed consent, as well as recording keeping. For instance, there were 16 cases where it appeared that a child in foster care had been enrolled in a trial before the trial was approved.

However, Vera’s report found little or no evidence to back up several of Scheff’s other claims. For instance, 80 of the 532 children who participated in trials and studies died while in foster care, with 25 dying during the course of the trials, but Vera’s medical staff did not find “that any child’s death was caused directly by clinical trial medication”. At the time when the trials took place, many children with HIV died due to complications of AIDS. Furthermore, “there was no evidence in the child welfare files of children being removed from their families by Children’s Services because a parent refused to consent to a child’s participation in a clinical trial” according to the report, which was another of Scheff’s claims.

In the Unite America First article, Ahle alleged that the “VERA was given no access to medical records for any of the children used in trials”. This is true; according to Vera’s report, the New York State Department of Health “refused multiple requests from Children’s Services that it use its supervisory authority to allow the staff from Vera or Children’s Services to review clinical trial research or medical records” and this “limited Vera’s review in several ways”. However, this doesn’t mean Vera’s researchers had zero medical information about the children; the institute found significant medical information in the welfare files of the children they investigated.

In their report, Vera reviewed 88 clinical trials that enrolled at least one child in New York City foster care. Of these, 81.3% were clinical trials sponsored by the NIH, with the children reviewed by Vera enrolled in clinical trials at sites funded by NIAID, the National Institute for Child Health and Human Development (NICHD) or both institutes. However, it cannot be determined if Fauci personally approved NIAID funding for any of these trials.

In short, though the Vera Institute of Justice found evidence to support concerns about enrollment and informed consent in trials of AIDS drugs in New York City foster children in the late 1980s and early 1990s, they didn’t find evidence to support Scheff’s claims that foster children died due to the trial medication. Therefore, Ahle is repeating claims that were already refuted in 2009.

Additionally, while NIH, via NIAID and NICHD, funded a number of the trials that occurred in New York City in which foster children with HIV were enrolled, it’s unknown if Fauci had any personal decision in funding these trials.

Claim 2: (Inaccurate) Fauci “experiments with dogs, allowing them to suffer as they were eaten by insects” and “spent $16 million in taxpayer dollars so scientists could perform disturbing ‘toxic brain injections’ in monkeys”

In the Unite America First article, Ahle also claimed that Fauci funded “experiments with dogs, allowing them to suffer as they were eaten by insects”. This claim appears to have originated from the White Coat Waste Project, a watchdog group founded in 2013 by Anthony Bellotti, a former Republican strategist. However, in a statement to The Independent, NIAID clarified that it didn’t fund research involving beagles and disease-carrying sand flies, and that the paper about the study “mistakenly cited support from NIAID”. PLOS Neglected Tropical Diseases, the scientific journal that published the study, has since issued a correction.

As for the claim that $16 million taxpayer dollars were spent on toxic brain injections in monkeys, this has been previously fact-checked (see here and here). The study was funded by NIMH, not NIAID, and according to NIMH’s press team, Fauci “is not involved and has never been involved in this study”

Overall, Ahle’s two additional claims about Fauci’s involvement in research have both been previously fact-checked and found to be inaccurate, with NIAID funding neither the beagle nor the monkey experiments.

In the 27 October 2021 article published on the website Unite America First, Ahle made three inaccurate claims about Fauci’s connection to experiments/trials in three separate instances: one involving clinical trials of HIV drugs in HIV-positive foster children in New York City in the late 1980s and early 1990s, and two more recent experiments involving beagles and monkeys. In the case of the first, Ahle’s claims that children died in the trials was found to be unsubstantiated in 2009 and Fauci’s personal involvement in funding decisions cannot be determined. For the other two, neither Fauci nor NIAID were involved in funding the experiments.