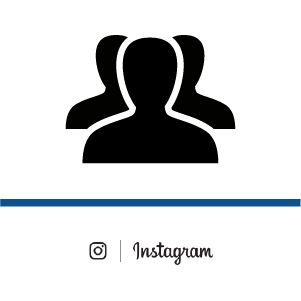 DETAILS
Inaccurate: Red discoloration in fruits are the result of plant diseases, not due to injected blood. It is also extremely unlikely for HIV to be transmitted via food except in highly unusual cases.
KEY TAKE AWAY

Red discoloration in fruit is the result of plant diseases caused by a variety of bacteria and fungi. It is not the result of injected blood. Transmitting HIV through food is also almost impossible, excepting very rare cases involving pre-chewed food given to infants.

FULL CLAIM: If you see that your fruit contains [a] red weird colour in it, don't eat it because a [group] of people is injecting fruits with blood containing HIV and AIDS

This post, which has been circulating recently on Instagram and Facebook, contains an image showing a banana with red discoloration, and the caption claiming that, “If you see that your fruit contains [a] red weird colour in it, don’t eat it because a [group] of people is injecting fruits with blood containing HIV and AIDS”. 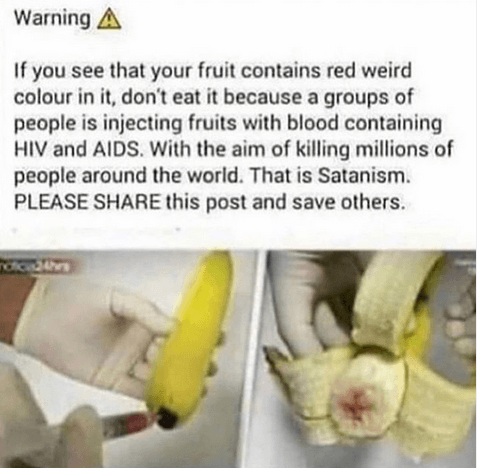 This claim has its origins in a 2015 Facebook post, but despite having been debunked by several outlets such as Snopes, Africa Check and PesaCheck, it appears to see revivals every once in a while.

As explained by the Canadian Food Inspection Agency and earlier fact-checks, the red discoloration is the result of common plant diseases – not blood – which can arise from bacterial or fungal infections, such as Nigrospora and mokillo. However, these plant diseases do not pose a threat to humans, so eating bananas with this discoloration has no serious health risk. It is correct that there has been a 2015 report of a child feeling ill and being sent to hospital after eating such a banana, however the report also pointed out that “the fungus cannot cause any substantial illness but it can cause ill-feeling, which may be psychosomatic.” The child recovered and was discharged from the hospital.

It is erroneous to suggest that the human immunodeficiency virus (HIV) can be transmitted to unsuspecting people through this method. HIV does not survive long outside of the human body, and according to the United States Centers for Disease Control and Prevention:

“Though it is very rare, HIV can be spread by eating food that has been pre-chewed by someone with HIV. The contamination occurs when infected blood from a caregiver’s mouth mixes with food while chewing. The only known cases are among infants.”