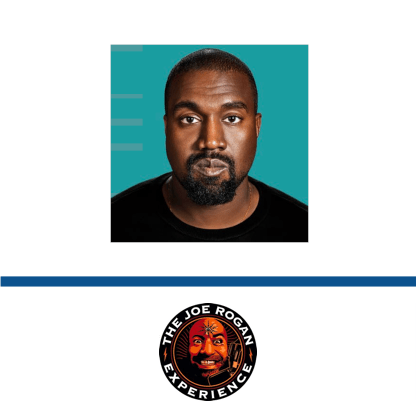 CLAIM
“Did you use toothpaste with fluoride today? It blocks your pineal gland. And they put children on it.”
VERDICT more about the rating framework

DETAILS
Inadequate support: While some research in animals suggests that a high level of dietary fluoride could affect the pineal gland and melatonin production, there is a lack of such studies in people. Moreover, it’s unclear whether the level of fluoride exposure from toothpaste would give rise to the same effects in people.
KEY TAKE AWAY

The American Academy of Pediatrics and the American Association of Pediatric Dentistry recommend that children use fluoride-containing toothpaste to fight tooth decay. The pineal gland’s main function is to secrete the hormone melatonin, which helps to regulate our body’s internal clock. Calcium accumulation (calcification) in the pineal gland is a normal process. Fluoride can also accumulate in the pineal gland because it has a high affinity for calcium. At the moment, there isn’t evidence showing that fluoride negatively affects the function of the pineal gland in humans, but more research is needed to improve our understanding of this subject.

FULL CLAIM: “Did you use toothpaste with fluoride today? It blocks your pineal gland. And they put children on it.”

During an interview on the podcast The Joe Rogan Experience, American rapper Kanye West claimed that fluoride in toothpaste “blocks your pineal gland”. Although this interview dates back to October 2020, video clips of West making this claim, like this one, went viral on Facebook around the end of August 2022.

Fluoride is a naturally-occurring mineral that is constantly released from rocks into the soil, water, and air. It is also the key ingredient to one of the greatest public health achievements in the U.S., namely water fluoridation. The U.S. Centers for Disease Control and Prevention stated that “As of 2016, more than 200 million people, or nearly 3 in 4 Americans who use public water supplies, drank water with enough fluoride to prevent tooth decay”.

A report by the UK Government, published in March 2022, found that water fluoridation “can significantly reduce tooth extractions and cavities among children and young people” and that these benefits become much more evident in more deprived areas of the country:

“Children and young people in areas in England with higher fluoride concentrations were up to 63% less likely to be admitted to hospital for tooth extractions due to decay than those in areas with low fluoride concentrations. The difference was greatest in the most deprived areas as children and young people in these areas benefited the most from fluoridation.”

From this information, we can see that fluoride has provided significant public health benefit by reducing pain and suffering from tooth decay. Fluoride’s ability to fight tooth decay has also made it a common ingredient in toothpaste. The American Academy of Pediatrics and the American Association of Pediatric Dentistry recommend that children use fluoride-containing toothpaste.

Claims that fluoride in toothpaste is harmful aren’t new. Health Feedback previously reviewed the claim that fluoride in toothpaste is a neurotoxin and found it to be inaccurate. West was repeating a persistent claim about the adverse effects of fluoride on the pineal gland. Others, such as Christiane Northrup, a physician who has spread anti-vaccine misinformation, also made the same claim in the past.

As we will explain below, West’s claim that fluoride in toothpaste harms the pineal gland is lacking in evidence.

The pineal gland is a tiny, pea-shaped gland in the brain. Its main function is to secrete the hormone melatonin (not to be confused with melanin, which is a substance responsible for skin and hair color). The amount of melatonin it secretes is regulated by the amount of light received through our eyes.

Some studies reported findings suggesting that melatonin also has a role in delaying sexual maturation (puberty). For example, scientists have observed that the decrease in serum melatonin correlates with the beginning of puberty[1] and a small study in Italy reported how a lower melatonin level was correlated with more advanced puberty[2]. However, correlation alone doesn’t prove causation, and at the moment there isn’t sufficient evidence to indicate that melatonin influences puberty.

The pineal gland tends to accumulate calcium over time (calcification). Exactly why this occurs is unclear, but it is a normal, well-known process that has already been reported in studies dating back to the seventies and even autopsy specimens from hundreds of years ago[3]. The Cleveland Clinic states that “Calcification of the pineal gland is quite common. In fact, it’s so common that healthcare providers often use a calcified pineal gland as a landmark on x-rays to help identify different structures of the brain”.

Because of fluoride’s chemical affinity for calcium—which is also what makes fluoride effective at preventing tooth decay—one of the key questions regarding fluoride’s potential effect on the human pineal gland is whether it could speed up calcification. If calcification does lead to reduced melatonin levels, this could potentially affect puberty and other biological processes.

Meedan’s Health Desk, a resource that provides explainers by in-house scientists for science questions, addressed the question of the impact of toothpaste fluoride on melatonin levels, stating that:

“Contrary to some online claims, at this time there is no data to suggest that toothpaste is impacting the small organ in our brain that’s responsible for making melatonin. Topical fluoride treatment is critical for preventing tooth decay and subsequent infections”.

As we can see from these articles by The Truth About Fluoride and Fluoride Free Australia—both of which advocate against fluoridation on the basis that it causes harm—the claim that fluoride can interfere with pineal gland function is commonly associated with research by Jennifer Luke, who published her PhD dissertation and a study in the journal Caries Research on this topic.

Based on her findings, Luke hypothesized that fluoride could also accumulate in children’s pineal glands, because calcification of the gland in children was already reported by other scientists, and further postulated whether this could affect pineal metabolism.

However, there is a dearth of clinical evidence for the claim that fluoride harms the pineal gland in people, and Luke’s research didn’t show fluoride affecting the human pineal gland.

In its 2006 scientific review of the U.S. Environmental Protection Agency’s standards for fluoride in drinking water[11], the National Research Council concluded that:

A more recent study published in 2019, led by researchers at the Icahn School of Medicine at Mount Sinai, used data from the National Health and Nutrition Examination survey to examine whether fluoride in the water could affect sleep regulation in teenagers[12]. Since melatonin regulates the sleep/wake cycle, examining sleep regulation provides a proxy measure for the effect of water fluoride on melatonin.

The researchers reported an association between greater fluoride levels in the water and changes in sleep cycle and sleep behavior. However, an association by itself isn’t sufficient evidence of a cause-effect relationship.

The study also had several important limitations, as the researchers acknowledged. One limitation was that it relied on self-reports of sleep behavior, which could be affected by inaccurate memory recall. Another limitation was that the study population comprised older teenagers, “who may be prone to sleep disruptions for various reasons, including playing video games, studying, working at jobs or having social influences, for example”. The researchers called for more prospective studies to study this question.

In summary, there is insufficient evidence for the claim that the amount of fluoride present in toothpaste harms the pineal gland in humans, as West and others claimed. West is confusing a hypothesis which hasn’t yet been validated with a confirmed theory. The evidence we do have at the moment, which is limited, hasn’t shown that fluoride harms the pineal gland in people.

What little studies we have on the subject have largely been conducted in animals, not people. Furthermore, it’s unclear how the amount of fluoride used in these animal studies would relate to the level of fluoride used in toothpaste. As such, our current understanding about this subject remains incomplete and uncertain. More research is required to better understand how fluoride could affect the pineal gland in people.