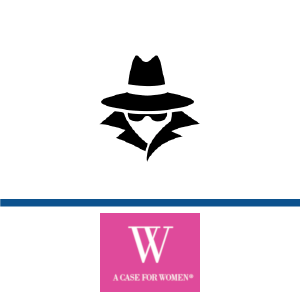 CLAIM
You took Truvada to help protect against HIV, not increase your risk of kidney or bone problems.
VERDICT more about the rating framework

DETAILS
Lacks Context: The authors accurately state that the drug Truvada has been linked to small increases in the risk of kidney damage and loss of bone density, but fail to mention that the benefits of avoiding HIV infection often outweigh these risks.
Misleading: The claim inaccurately suggests that the health risks of taking Truvada to prevent HIV infection are the same as those for people already infected with HIV and taking Truvada to treat their infection.
KEY TAKE AWAY

Although the claim that the HIV drug Truvada can cause kidney damage and decrease bone density is accurate, and these side effects are stated in the drug’s prescribing instructions, the claim overstates the risks for those who take Truvada as a preventative rather than as a treatment. It also ignores the fact that the health benefits of taking Truvada for both HIV prevention and treatment may greatly outweigh the additional risks.

FULL CLAIM: You took Truvada to help protect against HIV, not increase your risk of kidney or bone problems.

Several advertisements warning of the potential side effects of taking Truvada, one of two approved antiretroviral medications used to prevent HIV infection, have recently been circulating on Facebook. We reviewed a webpage on which one of these ads was based, posted by “A Case for Women,” an organization that claims to “empower women to change their lives and help others through legal action” and encourages people who believe they were injured by the drug to pursue lawsuits against the manufacturer Gilead Sciences. The webpage claims that Truvada “could cause an increased risk of bone density problems and kidney failure” and has received more than 1.3 million views since July 2019.

Scientists who reviewed the webpage found that although the claim that Truvada can cause kidney damage and decrease bone density in those who take the drug is accurate, and that these side effects are stated in the drug’s prescribing instructions, the webpage overstates the risks for those who take Truvada as a preventative rather than as a treatment. It also ignores the fact that the health benefits of taking Truvada for both HIV prevention and treatment may greatly outweigh the risks.

The claim that “Truvada could cause an increased risk of…kidney failure” is based in part on a 2012 study by researchers at the San Francisco VA Medical Center and the University of California, San Francisco (UCSF)[1]. It found a 33% increase in the risk of HIV-positive individuals developing chronic kidney disease, but this represents an increase from 1% of patients taking the placebo to only around 2% in those taking Truvada. In addition, this study investigated only individuals who were already infected with HIV and therefore does not provide an estimate of the risks to the uninfected individuals targeted in the web page. The page therefore misleadingly and mistakenly applies the severity of the side effects to those who take Truvada to prevent—not treat—infection.

HIV-positive individuals who use Truvada to control their infection are more likely to experience kidney damage and bone density loss than those who take it to prevent HIV infection, as so-called pre-exposure prophylaxis (PrEP)[2]. But “no significant health effects have been seen in people who are HIV-negative and have taken PrEP for up to 5 years,” according to the U.S. Department of Health and Human Services. Numerous studies have shown that the risk of HIV-negative Truvada users developing kidney disease is not statistically significantly different from those taking placebo[3].

In terms of bone mass density, a clinical trial of HIV-negative individuals found small decreases of 0.4% to 1% on average compared with individuals taking a placebo. But bone mass density returned to pre-exposure levels after patients stopped taking the drug. “The bone density drops are on the order of a few percent and therefore carry very low risk of fracture. Alcohol and smoking has greater impact. Prednisone is much worse,” said Dr. David Wohl*, a professor of medicine at the University of North Carolina School of Medicine who reviewed this claim for Health Feedback.

Truvada used as PrEP has been extremely effective in preventing the spread of HIV. ”Studies have shown that PrEP reduces the risk of getting HIV from sex by about 99% when taken daily,” according to the U.S. Centers for Disease Control and Prevention. Truvada appears on the World Health Organization’s List of Essential Medicines, which is “a list of minimum medicine needs for a basic health-care system, listing the most efficacious, safe and cost–effective medicines for priority conditions.”

But as a result of ad claims such as the one reviewed here, many clinicians, including Dr. Wohl, have described increasing concern on the part of their patients about the risks of bone fractures and kidney disease that may result from taking Truvada. This, they say, could jeopardize the advances made in HIV prevention and treatment since the drug’s approval in 2004.

As with any drug, clinicians recommend that patients discuss potential side effects with their doctor and weigh the risks and benefits of continued use. A press release issued by UCSF about the 2012 study quotes the study’s principal investigator, Michael Shlipak, as saying, “for an otherwise healthy patient, the benefits of tenofovir [the primary component of Truvada linked to kidney damage] are likely to exceed the risks, but for a patient with a combination of risk factors for kidney disease, tenofovir may not be the right medication.” It further paraphrases Shlipak as saying that “HIV, itself, increases the risk of kidney damage, while modern antiretroviral treatments clearly reduce that overall risk.”

Gilead itself does not recommend Truvada for use by individuals with kidney impairments, as measured by creatinine clearance levels below 60 or 30 milliliters per minute, depending on their HIV status, which estimate the kidneys’ ability to remove waste products from the blood. And for those with a history of osteoporosis, bone loss, or an unusually high rate of bone fractures, Gilead recommends consulting with a doctor about the risks and benefits before taking Truvada.

Tenofovir disoproxil fumarate (TDF) has been associated with higher rates of bone mineral density (BMD) decline and glomerular filtration rate (GFR) decline in randomized controlled trials, and with higher odds of kidney disease in observational studies. They are probably overstating it a bit with “kidney failure”, which was not the endpoint in any of those studies (most of the studies considered estimated GFR or creatinine clearance levels lower than 60 mL/min).

*Disclaimer: Dr. Wohl receives partial funding for his HIV research at UNC from Gilead Sciences, as well as honoraria from Gilead, ViiV, and Merck for the development of non-commercial/non-promotional HIV education programs. He also participates in advisory boards for ViiV, Janssen, and Merck.

This statement is true. The package insert (prescribing information) for Truvada states as much.

I don’t agree with the underlying argument of the site. But it has been well known that Truvada can reduce bone density and that some people can experience kidney problems on the drug.

Here’s the deal: there was never a secret that Truvada had bone and kidney effects. This was well-appreciated early on. The bone density drops are on the order of a few percent and therefore carry very low risk of fracture. Alcohol and smoking has greater impact. Prednisone is much worse. The kidney toxicity is pretty rare and clinicians monitor closely. Motrin and Alleve, [two common NSAID pain relievers, are] worse.

Truvada has saved innumerable lives. It is so much better than the HIV meds that came before it and as a preventative it has worked so well that it is partially responsible for the decline in new HIV diagnoses in the U.S.

So the beef here [on the website that posted this claim] is that Gilead did not bring out a better version sooner. Sure they should have, but it was not like Truvada was so awful or that a company is obligated to make a new and improved version available.

The site paints a distorted picture of risk versus benefit. Many of my patients come to me asking about this, thinking [that] Gilead hid data or risks. That is untrue.