DETAILS
Factually Inaccurate : Global surface temperature have been the warmest on record over the past three years, in line with the global warming trend of the last several decades.
Fails to grasp significance of observation : Because of natural variability, short-term periods of global surface temperatures cannot be assumed to always reflect the underlying long-term trend.
KEY TAKE AWAY

Global temperatures have continued to rise over the last few decades—notably in the oceans, which store over 90% of the excess heat trapped by the greenhouse gases humans have emitted. Over short intervals, temperatures may appear to increase slower or faster than the long term trend.

FULL CLAIM: Model outputs published in successive IPCC reports since 1990 project a doubling of CO2 could cause warming of up to 6°C by 2100. Instead, global warming ceased around the end of the twentieth century and was followed (since 1997) by 19 years of stable temperature. Earth has not warmed significantly for the past 18 years despite an 8 percent increase in atmospheric CO2.

Ed Hawkins, Principal Research Fellow, National Centre for Atmospheric Science:
These statements are false. The IPCC has repeatedly assessed the warming due to a doubling of CO2 as between 1.5 or 2.0 °C to 4.5 °C. The warming by 2100 would be larger than this if the CO2 concentration in the atmosphere more than doubles by then.

Global warming did not cease at the end of the twentieth century—the oceans, which absorb the vast majority of the additional heat trapped by greenhouse gases, have continued to warm during this time and surface temperatures have also risen, with 2014, 2015, and 2016 being the three warmest years on record.

Eric Guilyardi, CNRS Research Director, Université Pierre et Marie Curie &amp; Professor, University of Reading:
The range of warming for the “business as usual” scenario of the IPCC is 4 to 6 °C. A lower CO2 emissions scenario can lead to a warming which remains below 2 °C.
There is no evidence to support the claim that global warming ceased. The observations compiled by the 3 main research groups (NOAA, NASA/GISS, UK Met Office/CRU) who provide estimates of surface global temperature all show continued warming. 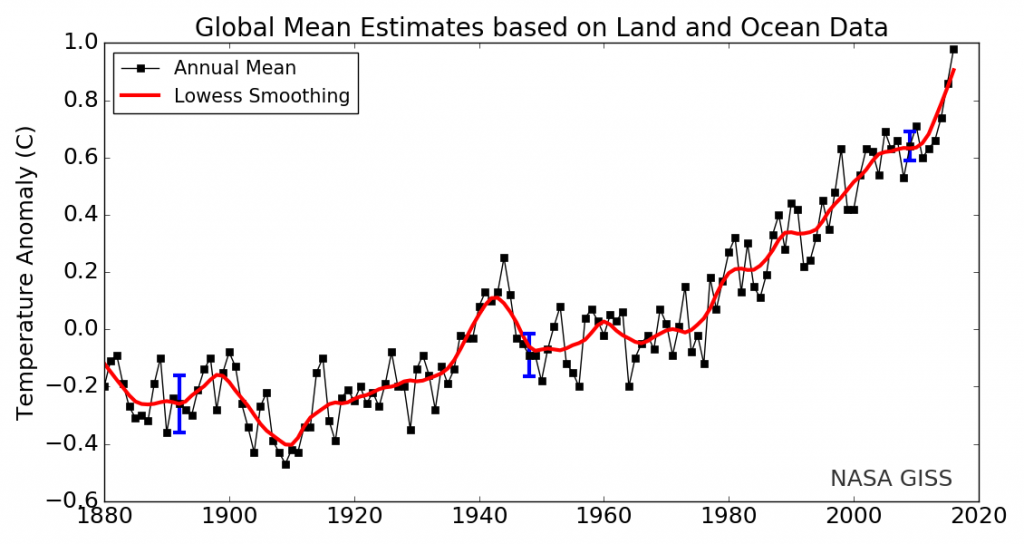 Natural “internal” variations occur on top of the “external” human-induced warming, leading to periods of slower warming and periods of accelerated warming. These variations are well understood by climate scientists. In the same way, Northern Hemisphere spring sees colder and warmer days (“internal” variations) superimposed onto the season’s warming due to increased “external” insolation.
Human CO2 warms not only the surface but the full depth of the ocean. The natural variations exchange heat between the surface and the deeper ocean. Periods of slower surface warming correspond to periods of faster deeper ocean warming and vice-versa. Sea level height (which also reflects deeper ocean warming) has seen no slowdown, as expected from the continued CO2 emissions. Recent work has even shown an acceleration of sea level rise*. 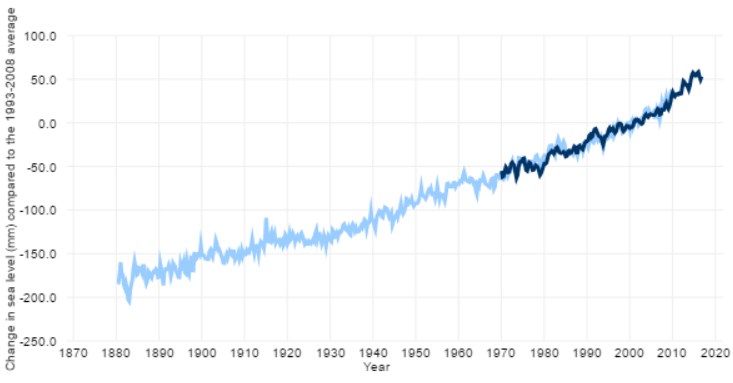 James Renwick, Professor, Victoria University of Wellington:
Global warming has continued uninterrupted and the last two years (2015 and 2016) are the first two to see 1 °C or more of warming compared to pre-industrial temperatures. Climate models have tracked this well.

Daniel Swain, Researcher, UCLA, and Research Fellow, National Center for Atmospheric Research:
Eighteen years is generally too short an interval to quantify statistically significant climate trends; nevertheless, warming of both the Earth’s atmosphere and its oceans is apparent in observational data between 1998 and 2016.

Ted Letcher, Research Scientist, Cold Regions Research and Engineering Lab:
Comparing the global temperature beginning at 1997 is a common trope used by some to discredit climate science. It is an intentional cherry picking of an anomalously warm year (big El Niño) to serve as the starting point. To convince yourself, start the trend at 1998, and you’ll get a much different answer.