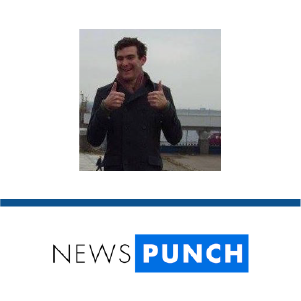 DETAILS
Unsupported: The COVID-19 pandemic outbreak continues to affect populations around the world. A complete evaluation of the health and economic impacts of the pandemic will require more time and massive worldwide data collection.
Misleading: The document in question was not leaked from Germany’s Interior Ministry, nor was it solicited or prepared by any unit of the Interior Ministry. The document represents the private opinion of a single ministry employee and several independent scientists who publicly disseminated it on Ministry letterhead without authorization. The German government does not agree with the assessments presented in this personal analysis.
KEY TAKE AWAY

Approximately 400,000 people have died worldwide in the past six months from COVID-19. Current evidence indicates that the impact would have been more devastating without the implementation of control measures. Epidemiological data suggest that early intervention has successfully slowed the spread of COVID-19, allowing governments to manage the outbreak and minimize secondary mortality due to other causes.

FULL CLAIM: “A report drafted by a scientific panel appointed by Germany’s Interior Ministry that declares the COVID-19 pandemic is a “global false alarm” has been leaked by a former employee”

An article posted by News Punch on 2 June 2020 partially reproduces a document originally published by the German outlet Tichys Einblick on 10 May 2020, claiming that it was leaked from Germany’s Interior Ministry. The document, titled KM 4 Analysis of Crisis Management, claims that “the corona crisis is proving to be a false alarm”. In the last few weeks, the document’s critique of the German government’s response to the COVID-19 pandemic has spread through German media as well as international and social media outlets.

The author of the document is Stephan Kohn, a politologist and employee of Germany’s Interior Ministry in the KM 4 department for the Protection of Critical Infrastructures. However, Kohn’s analysis was not requested by the Interior Ministry, as the article claims. On 10 May, Germany’s Interior Ministry issued a press release stating that the employee had disseminated his “private opinion on the corona crisis management” and that the “elaboration was carried out outside the area of responsibility as well as without assignment and authorization”.

Three days later, Federal Minister of the Interior Horst Seehofer addressed the issue in a press conference about border control measures instituted during the COVID-19 pandemic. Seehofer pointed out that “a limit has been reached” because the employee had used “the office, the infrastructure, the name [of the Interior Minister]” to distribute his view. On 14 May, German Chancellor Angela Merkel further clarified at the German Parliament that the government did not agree with the assessments presented in the document. The employee has been suspended and is now undergoing disciplinary proceedings.

The News Punch article states that “the report has been drafted by a scientific panel appointed by the Interior Ministry and composed by external medical experts”. Kohn states in his document that his analysis involved the collaboration of ten “high-ranking experts/scientists” who, on 11 May, issued a joint press release to reprimand the government for ignoring expert advice during its handling of the pandemic. However, none of the collaborators were appointed by the Interior Ministry as the article states, nor do they serve as advisors to the Ministry. Furthermore, the panel did not include any virologists or epidemiologists, and some of the members had previously criticized the government’s management of COVID-19 based on unsupported or misleading arguments. One of the collaborators is a member of the National Academy of Sciences Leopoldina, but the institution clarified that he “has never been a member of the working groups that prepared Leopoldina’s three [now four] statements on the coronavirus pandemic. He is also currently not a member of any other working group or body of the Academy”.

In an effort to demonstrate that the risk of COVID-19 has been overestimated, the News Punch article quotes several claims from Kohn’s analysis. Without providing any scientific evidence, Kohn states that “the people who die from corona are essentially those who would statistically die this year” and that “the danger is no greater than that of many other viruses”. A precise assessment of the mortality due to COVID-19 will require time and further studies, but current data from the European mortality monitoring network EuroMOMO indicate that the pandemic has caused about 170,000 excess deaths in its 24 European partner countries. The U.S. has also observed excess deaths during the pandemic peak, as Health Feedback has previously reviewed here.

According to EuroMOMO, the number of excess deaths coinciding with the COVID-19 pandemic was twice the number that occurred during the unusually deadly flu seasons of 2017, 2018, and 2019 (Figure 1). Kohn’s statement that “there have been no more than 250,000 deaths from COVID-19, compared to 1.5 million deaths, 25,100 in Germany, during the influenza wave 2017/18” is also factually inaccurate. According to data from the World Health Organization (WHO) and the U.S. Centers for Disease Control and Prevention, which led to a study published in The Lancet, seasonal influenza is associated with 290,000 to 650,000 deaths annually, depending on the season[1]. This is far below the 1.5 million deaths claimed by Kohn. In Germany, the 2017/2018 flu season killed 25,000 people.

Despite the implementation of movement restriction measures in around 190 countries, COVID-19 has already caused more than 400,000 confirmed deaths worldwide. Experts warn of a probable undercount due to testing capacity, exclusion of non-laboratory confirmed cases, and underreporting in nursing homes. Germany has reported 7,755 excess deaths from 16 Mach to 10 May, which is quite low compared to its European neighbors. It is also lower than the number of confirmed deaths from COVID-19. This suggests that Germany’s lockdown policies have not caused a significant increase in mortality due to secondary causes like postponed operations, as Kohn suggests.

Conversely, plenty of evidence suggests that the lockdown policies have saved lives. In April 2020, Germany’s Interior Ministry made public the results of an international collaborative study modeling the potential spread of COVID-19 in different scenarios. The model estimated a death toll in Germany of 12,000 if strict control measures were implemented early, but that the number would rise to between 300,000 and more than one million deaths if measures were not applied at all. As a result, the German government implemented large-scale testing for COVID-19 and social distancing measures. Studies in the U.S also support the beneficial effects of early intervention in containing the spread of COVID-19[2]. And the Imperial College of London just published a new study in Nature which estimates that lockdown policies have averted more than 3 million deaths across 11 European countries[3].

In summary, the KM 4 Analysis of Crisis Management document was not leaked from Germany’s Interior Ministry. Instead it was the private opinion of a single Ministry employee who had solicited the input of several scientists without expertise in epidemiology or virology and then used the Ministry’s infrastructure to publicize their unsolicited and flawed analysis. The claim that the COVID-19 pandemic is a global false alarm is currently unsupported. In addition, the claim does not take into account the fact that the number of infections and deaths may have been much higher without the social distancing measures that were adopted by most countries. The most current scientific evidence suggests that the controversial lockdown policies have likely spared millions of lives by slowing transmission of COVID-19 and preventing the overloading of healthcare systems.

A previous fact-check of the original document, published in German by Tichys Einblick, can be found here. Current evidence on the effectiveness of social distancing in slowing COVID-19 spreading has been previously reviewed by Health Feedback here and here.

UPDATE (12 June 2020):
After this evaluation was published, News Punch issued a correction and removed any inaccurate and unsubstantiated claims in its headline and article, indicated by an explanatory note. The corrected version clarifies the source of the original document and provides more details regarding the context of the scientific contribution to the analysis (link to archived version of the corrected article).