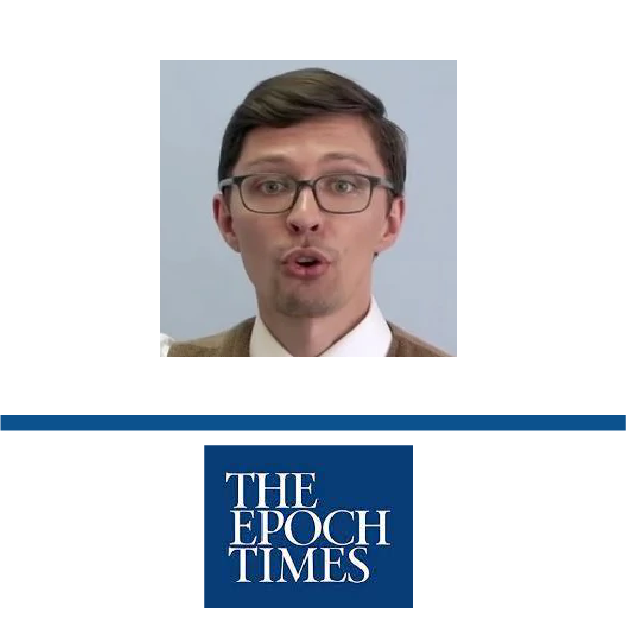 CLAIM
“[Spike] is harmful to the human body in at least eight different ways [and] can persist in the human body for weeks, or even months, after a person gets vaccinated”
VERDICT more about the rating framework

DETAILS
Misleading: Small studies in cells or animals have found that the COVID-19 spike protein may cause damage in high concentrations. However, there is no indication that this would be relevant after vaccination with much lower quantities of spike present in the bloodstream.
Inadequate support: There is no evidence to support the use of detox diets to inhibit the spike protein. The spike protein is cleared from the body within days of vaccination through the normal processes in the body.
KEY TAKE AWAY

The spike protein is a vital component for the SARS-CoV-2 virus to infect cells. As it is situated on the virus's surface, it is an easy target for the immune system to recognize. The COVID-19 vaccines cause the body to produce a small amount of spike protein, which is cleared within days, to prompt an immune response. There is no evidence that the spike protein causes damage to cells at these levels, and there is no evidence that “detox” diets will alter this process. The risks of developing serious complications like blood clots or lung damage are far higher after severe COVID-19 than after a vaccine; in fact, vaccination helps to reduce this risk instead.

FULL CLAIM: “[Spike] is harmful to the human body in at least eight different ways—such as by damaging the cells of our lungs, damaging our cells’ mitochondria, causing inflammation, and even increasing the risk of blood clots”; “the spike protein can persist in the human body for weeks, or even months, after a person gets vaccinated”; “you can take [actions] to detoxify yourself”

The spike protein on the surface of the SARS-CoV-2 virus binds to human cells and allows the virus to enter. The COVID-19 vaccines were developed to target the spike protein in order to induce immunity against SARS-CoV-2.

The most common vaccines used against SARS-CoV-2 work by delivering the genetic instructions for the body to temporarily produce spike proteins. These genetic instructions can be provided through mRNA, like the Pfizer and Moderna COVID-19 vaccines, or a viral vector, like the Johnson & Johnson and AstraZeneca ones. This is enough for the body to generate an immune response and be better prepared to fight an infection. The common side effects seen after the vaccines, such as pain at the injection site or fever, are due to the immune response being activated.

A trailer for Epoch Times TV claimed that the spike protein was harmful to the body in several ways, that it can persist in the body for months after vaccination, and that detox can help to remove the protein. This review will explain why these claims are misleading or incorrect.

The Epoch Times claimed that spike protein is “harmful to the human body in at least eight different ways—such as by damaging the cells of our lungs, damaging our cells’ mitochondria, causing inflammation, and even increasing the risk of blood clots”. While studies in cells and lab animals have identified the potential for damage caused by the spike protein at high concentrations, these studies have not shown a real effect in people or at the quantities produced following vaccination. As we will explain, the spike protein is barely detectable in the bloodstream of vaccinated people for a few days, and the studies that have been misinterpreted by the Epoch Times used up to 100,000 times greater concentration.

The claim that the Spike protein has toxic effects after vaccination has been repeated several times over the last year, based on the misinterpretation of a few studies as explained here, here, here, here, and here.

One of the studies cited by the Epoch Times was covered previously on Health Feedback in response to similar claims. The small study, carried out by Lei et al., reported damage in the lungs of hamsters injected with an engineered pseudovirus that carried the SARS-CoV-2 spike protein on its surface[1]. When this paper was reviewed by experts for Health Feedback, they made a number of comments cautioning the interpretation of this study. Peter Hotez, an expert in vaccinology and professor at Baylor College of Medicine, stated:

“[The study] looks at cellular mechanisms of how viral spike protein works, not the immune response from a vaccine.”

Julie Bettinger, an associate professor at the Vaccine Evaluation Centre at the University of British Columbia, also pointed out:

“[The study] actually concludes by stating, ‘vaccination-generated antibody and/or exogenous antibody against [spike] protein not only protects the host from SARS-CoV-2 infectivity but also inhibits [spike] protein-imposed endothelial injury’. That is, COVID-19 vaccines may actually prevent vascular damage.”

Abraham Al-Ahmad, an assistant professor at Texas Tech University Health Sciences Center, raised questions about the relevance of the study to vaccination:

“We don’t know what the viral load given to the animals is. Furthermore, is the expression of spike protein by these pseudoviruses comparable to SARS-CoV-2 virions?”

In short, the study was never designed to look at the toxicity of the spike protein after vaccination; we cannot tell how the exposure compares to vaccination or infection; it was only carried out in hamsters; and the researchers actually concluded that vaccination would protect against potential damage caused by the spike protein during a COVID-19 infection, contradicting the claim made by the Epoch Times.

Many of the other research papers cited by the Epoch Times set out to understand the potential causes of the symptoms seen in severe cases of COVID-19, rather than determining if spike protein caused toxicity in patients. While these may be useful for identifying potential treatments for further research, they do not tell us if these effects occur in any cases. For instance, Cappelletto et al. studied the mechanisms for formation of blood clots, showing that spike protein can activate platelets in the lab but they did not establish if this happened at concentrations found in patients or vaccinated people[2]. Similarly, Avolio et al. showed that the spike protein can affect heart cells in the lab, but they used higher amounts of the protein than those found in COVID-19 patients[3].

Another study cited by the Epoch Times studied 13 people who had received the Moderna vaccine[4]. The S1 region of the spike protein could be detected a day after the first vaccine dose, peaking at five days and becoming undetectable after nine days. While trace amounts of spike protein can enter the bloodstream following vaccination, this is about 100,000 times less than the Lei et al. study cited by the Epoch Times.

The study was designed to use highly sensitive techniques to test whether the vaccines worked as planned. After vaccination, trace amounts of spike protein appeared in the samples and the volunteers quickly developed antibodies that removed it from the bloodstream. The senior author of the study previously spoke out against the study being misinterpreted by people claiming that spike protein is causing damage to vaccinated people.

The mRNA in the Pfizer and Moderna vaccines is broken up by the body within a few days. This means that no more spike protein is produced after this point. The immune response quickly targets the spike protein present in the body and any remaining would be degraded like other proteins. The spike protein would not last months in the body, as The Epoch Times claimed.

Vaccination is safer than infection

Many of the harms listed by Epoch Times, including lung damage, blood clots, and inflammation, are complications caused by COVID-19. This is caused by the virus infecting and damaging cells as well as the immune system fighting to control the infection. COVID-19 can cause long-lasting damage on a scale far greater than the rare side effects seen with the vaccines.

Another study found that, although there were rare cases of blood clots following vaccination, “the risks of most of these events were substantially higher and more prolonged after SARS-CoV-2 infection than after vaccination in the same population”[6]. For instance, there was a 12 times greater risk of a blood clot in a vein after COVID-19 than after the AstraZeneca vaccine.

The Epoch Times suggested that these serious complications are due to exposure to the spike protein, whether through infection or vaccination. As these studies and many others have shown, the risk of blood clots and lung damage is vastly greater following COVID-19, with worse effects for more severe cases. Vaccination helps to promote a faster immune response against the virus and reduce the likelihood of severe COVID-19 and such complications.

In addition, patients with severe cases of COVID-19 risk significantly higher concentrations of spike protein in the bloodstream compared the levels produced following vaccination. The team who identified trace amounts of spike protein in people after vaccination also studied samples from people hospitalized due to COVID-19[7]. While some people did not have detectable levels, potentially due to the immune response, the more severe cases had up to 100-fold greater concentration of the S1 region of the spike protein in the blood than seen in the vaccine study.

Finally, the Epoch Times claimed that a detox diet could remove spike protein from the body.

Aside from medically supervised chelation therapy using specially designed chemicals to remove toxic metals from people who have been dangerously exposed, attempts to improve health through “detox” regimens aren’t effective. A 2015 review concluded that the evidence didn’t support detox diets for eliminating toxins from the body[8]. The body already uses the liver and kidneys very effectively for breaking down and removing toxins.

The Epoch Times linked to a list of recommendations from Joseph Mercola, an osteopath who markets supplements, whose claims have been found to be inaccurate on several occasions by Health Feedback previously. The detox list includes the suggestion that pine needles and dandelion leaf extract can inhibit the spike protein, although no studies appear to have been published to provide evidence for these claims. Given that the spike protein is eliminated from the body within days after vaccination, it’s unclear what expected benefit would come from a “detox”.

While there is no evidence supporting the use of “detox” supplements to clear spike protein from the body, there is clear evidence that the levels of spike protein following vaccination is barely detectable and is far below the levels where damaging effects have been observed in cells and animals. The trace amount that is found in the body is quickly removed by the body’s own responses.

The headline for this review and the first sub-heading have been updated to better reflect the level of evidence for the safety of the spike protein at low concentrations. The conclusions of the review remain unchanged that the studies cited by Epoch Times didn’t demonstrate harm caused by the spike protein following vaccination.