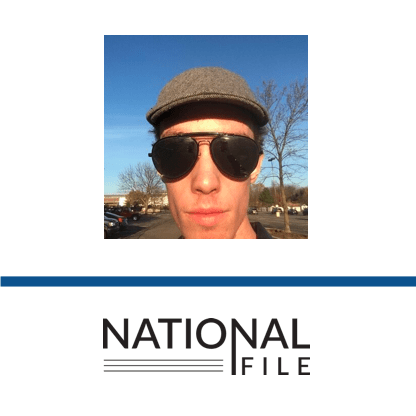 CLAIM
“Pfizer [COVID-19] vaccine confirmed to cause neurodegenerative diseases”; “mRNA vaccines […] can integrate into the human genome”
VERDICT more about the rating framework

DETAILS
Inadequate support: The claim that mRNA vaccines cause neurodegenerative diseases is based on a single flawed study that doesn’t provide any data supporting its claim and misrepresents results from other studies.
Inaccurate: mRNA from vaccines can’t modify human DNA because it doesn’t enter the cell nucleus, where DNA is stored. Furthermore, mRNA vaccines cannot cause long-term effects in humans because RNA is quickly broken down by the cell after it provides the cell with instructions to make the protein.
KEY TAKE AWAY

The mRNA COVID-19 vaccines authorized for emergency use in the U.S. demonstrated safety and efficacy in thousands of people during clinical trials. Ongoing safety monitoring in millions of vaccinated people further shows that mRNA COVID-19 vaccines are safe and don’t alter human DNA. They are also not associated with neurodegenerative diseases or serious adverse effects other than rare cases of allergic reactions in people with a previous history of allergies.

FULL CLAIM: “Pfizer [COVID-19] vaccine confirmed to cause neurodegenerative diseases”; “mRNA vaccines [are] an untested type of vaccine which creates new proteins and can actually integrate into the human genome”

As of 27 April 2021, more than 1.04 billion COVID-19 vaccine doses have been administered worldwide, according to the New York Times vaccine tracker. Such unprecedented vaccination efforts led to viral claims that question the safety of COVID-19 vaccines, alleging that the vaccine is responsible for many side effects, even in the absence of evidence supporting such claims.

This article published by the website National File on 22 April 2021 repeated the claim that mRNA vaccines cause neurodegenerative diseases, which went viral in late February 2021. The claim originated from an article published in the journal Microbiology and Infectious Diseases in January 2021[1]. This journal is included in Beall’s list of potential “predatory journals”, which charge fees to authors for publishing and don’t assess the quality of the article through evaluation by other scientists (peer review). The author of the study, Bart Classen, is an immunologist who previously published research incorrectly linking vaccines to type 1 diabetes and obesity.

One of the primary claims in Classen’s article is that the Pfizer-BioNTech COVID-19 vaccine contained specific sequences that could cause neurodegenerative diseases. Jesús R. Requena, an associate professor and head of the Prion Lab at the CIMUS Biomedical Research Institute in Santiago de Compostela, reviewed this claim for Health Feedback. He found Classen’s article to be “a completely baseless and misleading speculation which does not contain any experimental evidence” supporting a link between mRNA COVID-19 vaccines and neurodegenerative diseases [read Requena’s comment in full below.]

Indeed, the article didn’t provide any data or figures supporting Classen’s claim. Instead, it contained a vague methodological section stating that it “evaluated the potential” of the Pfizer-BioNTech COVID-19 vaccine to convert certain brain proteins into infectious particles. The article didn’t explain how Classen conducted this evaluation.

How proteins can cause diseases in the brain

Proteins carry out many essential functions in the human body, including building and repairing cells and tissues, allowing metabolic reactions, and regulating physiological processes. Each gene contains the information needed to build a unique protein by using chemical building blocks called amino acids. The genetic information determines each protein’s three-dimensional shape, which is essential for the protein to function correctly.

Gene mutations affecting the amino acid sequence or errors during the folding process can result in misshapen proteins that can cause harmful effects in people. When misfolded, some proteins are no longer able to fulfill their original function. Others become “sticky” and form protein clumps (“aggregates”), which are involved in many neurodegenerative diseases, including amyotrophic lateral sclerosis, Alzheimer’s, Parkinson’s, and Huntington’s disease.

Finally, some normal brain proteins become prions (PROteinaceous INfectious particles) when they misfold. And prions can, in turn, induce normal variants of the same protein to also misfold upon physical contact, leading these proteins to cluster together, causing brain damage.

Prion diseases comprise several conditions that can affect both humans and animals. The most common one is Creutzfeldt-Jakob Disease, also known as “mad cow” disease. However, Classen used the term “prion” ambiguously, referring indistinctly to misfolded proteins, aggregates, or prions.

Classen speculated that COVID-19 vaccines caused neurodegenerative diseases through two RNA-binding proteins named TAR DNA binding protein (TDP-43) and Fused in Sarcoma (FUS), which are involved in amyotrophic lateral sclerosis and frontotemporal dementia. In doing so, he misrepresented the results from a 2011 study by Tollervey et al. published in Nature Neuroscience[2]. This study found that TDP-43 can bind to and regulate the function of different RNA sequences when it aggregates, which might play a role in amyotrophic lateral sclerosis. Requena explained:

“Classen misinterprets this to mean that normal, correctly folded TDP-43 binds certain RNA sequences, one of which “might be” the one in the COVID-19 vaccine, and this causes its misfolding and aggregation. This interpretation is wrong.”

Apart from repeating the claims in Classen’s article, the National File article also claimed that mRNA vaccines are “an untested type of vaccine which creates new proteins and can actually integrate into the human genome”.

This claim is inaccurate. Although mRNA vaccine technology is relatively new compared to traditional vaccine technology like attenuated vaccines, it has been in development for about two decades. mRNA vaccines were tested for use against cancer and infectious diseases, such as influenza, Zika, Ebola, and rabies[3]. In fact, one of the advantages of mRNA vaccines is their higher safety profile compared to other vaccine technologies. The speed with which the mRNA COVID-19 vaccines were developed is thanks in part to international collaboration between public health authorities, researchers, and manufacturers during the pandemic.

mRNA from COVID-19 vaccines trigger human cells to produce a viral protein that stimulates the immune system. mRNA is not infectious and it is quickly degraded by the cell, after the cell has produced the protein. As Health Feedback explained in previous reviews, mRNA from vaccines also cannot modify human DNA because it never enters the nucleus of the cells, where the DNA is stored.

Early-stage clinical trials suggest that mRNA vaccines are safe and effective against diseases like influenza and rabies[4,5]. Data from clinical trials and vaccination in millions of people worldwide show that the two mRNA COVID-19 vaccines authorized for emergency use are safe and effectively prevent COVID-19. A spokesperson for the U.S. Centers for Disease Control and Prevention explained to Politifact in February 2021 that neither manufacturers nor surveillance systems reported prion-related diseases or any other neurodegenerative diseases in vaccinated individuals.

In light of the above evidence, the claim that the regulatory approval of the mRNA COVID-19 vaccines “was premature” and the vaccines “may cause much more harm than benefit” is baseless, as is the claim that “the vaccine could be a bioweapon and even more dangerous than the original infection”.

In summary, the claim that mRNA COVID-19 vaccines cause neurodegenerative diseases is inaccurate and based on a flawed speculative study that doesn’t provide any evidence supporting such a claim. mRNA from vaccines doesn’t integrate into human DNA, and it degrades too quickly to cause long-term effects. While neurodegenerative diseases may certainly “appear at any time in your life after receiving the vaccine”, they won’t be caused by COVID-19 vaccination.

The report on which this piece of news is based[1] is a completely baseless and misleading speculation which doesn’t contain any experimental evidence to support the notion that COVID-19 RNA-based vaccines can cause neurodegenerative diseases associated with protein misfolding, let alone prion disease.

The author confuses cause and effect. TDP-43, a protein whose function involves binding to RNA, can form aggregates [protein clumps] under certain circumstances, particularly as a consequence of a mutation, which can result in a neurodegenerative disease known as amyotrophic lateral sclerosis. Classen misquoted a study by Tollervey et al., who found that once TDP-43 aggregates (cause), its ability to bind to certain RNA sequences and thus modulate them may change (effect 1)[2]. This in turn might cause failures in the normal function of the cell that could play a role in this neurodegenerative disease (effect 2).

But Classen misinterprets this to mean that normal, correctly folded TDP-43 binds certain RNA sequences, one of which “might be” the one in the COVID-19 vaccine, and this causes its misfolding and aggregation (wrong!!!!).

With respect to other neurodegenerative diseases mentioned by Classen, such as Alzheimer’s, there isn’t even this totally wrong thread of a hypothesis. Furthermore, Classen plays with the term “prion disease”, which he uses ambiguously.

Finally, the paper contains a number of ideological statements such as “the vaccine could be a bioweapon and even more dangerous than the original infection”, which are not scientific (no evidence is provided, not even a citation; clearly the author couldn’t find any) and should never be included in a scientific work.