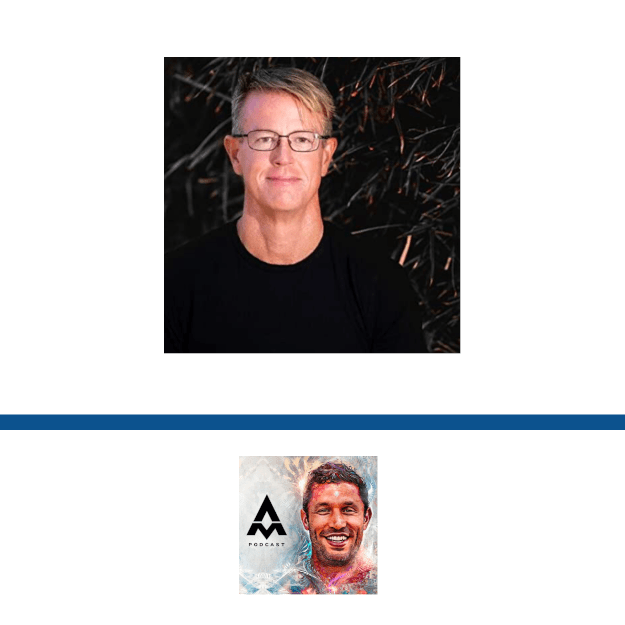 DETAILS
Inadequate support: There’s no evidence supporting the claim that people vaccinated against COVID-19 are generally more likely to die compared to unvaccinated people. In fact, the evidence indicates otherwise.
Factually inaccurate: Sudden adult death syndrome (SADS) isn’t new. Reports of SADS date back to the 90s. The term is simply perceived as new by many people, likely because of a change in public awareness of the term.
KEY TAKE AWAY

FULL CLAIM: “We’ve created a new term called sudden adult death syndrome that just kind of mysteriously came into being in 2021”; “His thesis points at the Covid Vaxxines as the causal factor” of excess deaths

In a video published on 4 January 2023, businessman and podcaster Aubrey Marcus interviewed Edward Dowd, a former investment portfolio manager at BlackRock, regarding his book “Cause Unknown: The Epidemic of Sudden Deaths in 2021 and 2022”. The website of the book’s publisher, Skyhorse Publishing, shows that the book discusses Dowd’s belief that excess deaths in 2021 and 2022 were caused by COVID-19 vaccines. Skyhorse Publishing has been noted for publishing content from individuals opposing vaccines and conspiracy theorists, including Robert F. Kennedy Jr. and Judy Mikovits.

During the interview, Dowd claimed that “global governments and health authorities [are not] talking about it”, that “there’s a cover-up”, which he suggested was due to the vaccines’ side effects. He also claimed that sudden adult death syndrome had been created “mysteriously” in 2021, and that it was being used to “whitewash this and make it normal”, presumably referring to the excess deaths.

Dowd’s website “They Lied, People Died”, which promotes the book, lays out the basis for his claim in more detail. This rests chiefly on the observation of a spike in excess mortality in young people aged 25 to 44 in the U.S. during 2021 and 2022, which according to Dowd, followed vaccine mandates and boosters. He also claimed that the excess deaths weren’t explained by COVID-19 because “In 2021, Covid strains were already mutating and becoming less virulent”.

This review examines the evidence presented by Dowd and shows that his claim isn’t founded on sufficient evidence. In fact, the existing evidence, including COVID-19 cases, deaths, and vaccination status, shows that COVID-19 vaccines aren’t associated with a greater risk of mortality. 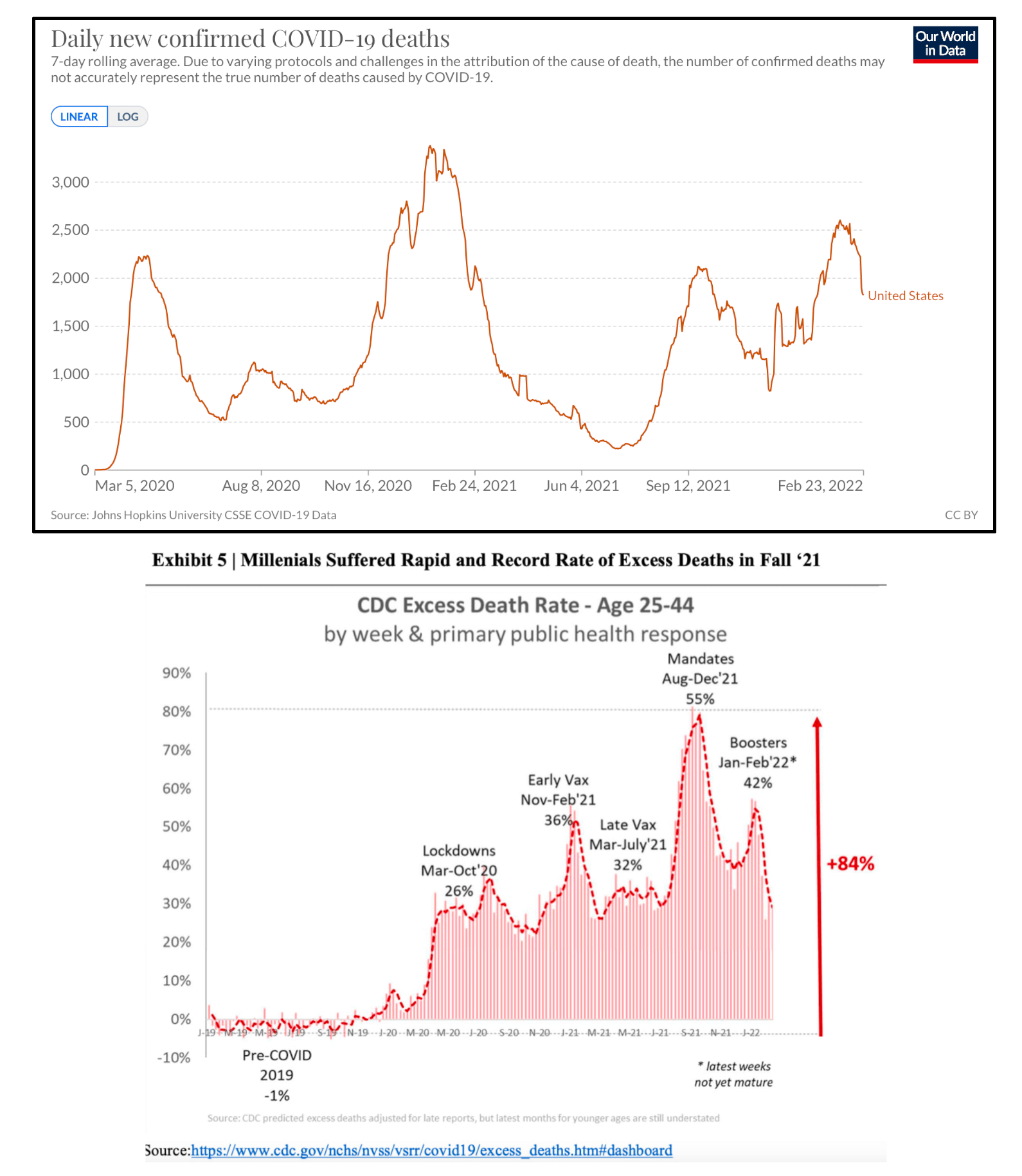 If Dowd’s claim that the vaccines were the cause of the excess deaths were true, we would expect to see the largest spike in excess deaths between January and May 2021. This is because the sharpest increase in vaccination in this age group was during the early stages of the vaccine rollout, between January and May 2021, as shown by the U.S. Centers for Disease Control and Prevention (CDC) data regarding COVID-19 vaccination demographics.

By mid-May 2021, slightly over 50% of people aged 25 to 49 had already received at least one dose, while about 40% were fully vaccinated (Figure 2). But as we can see from the excess death graph on Dowd’s website, excess deaths actually fell close to pre-vaccine times between January and July 2021. 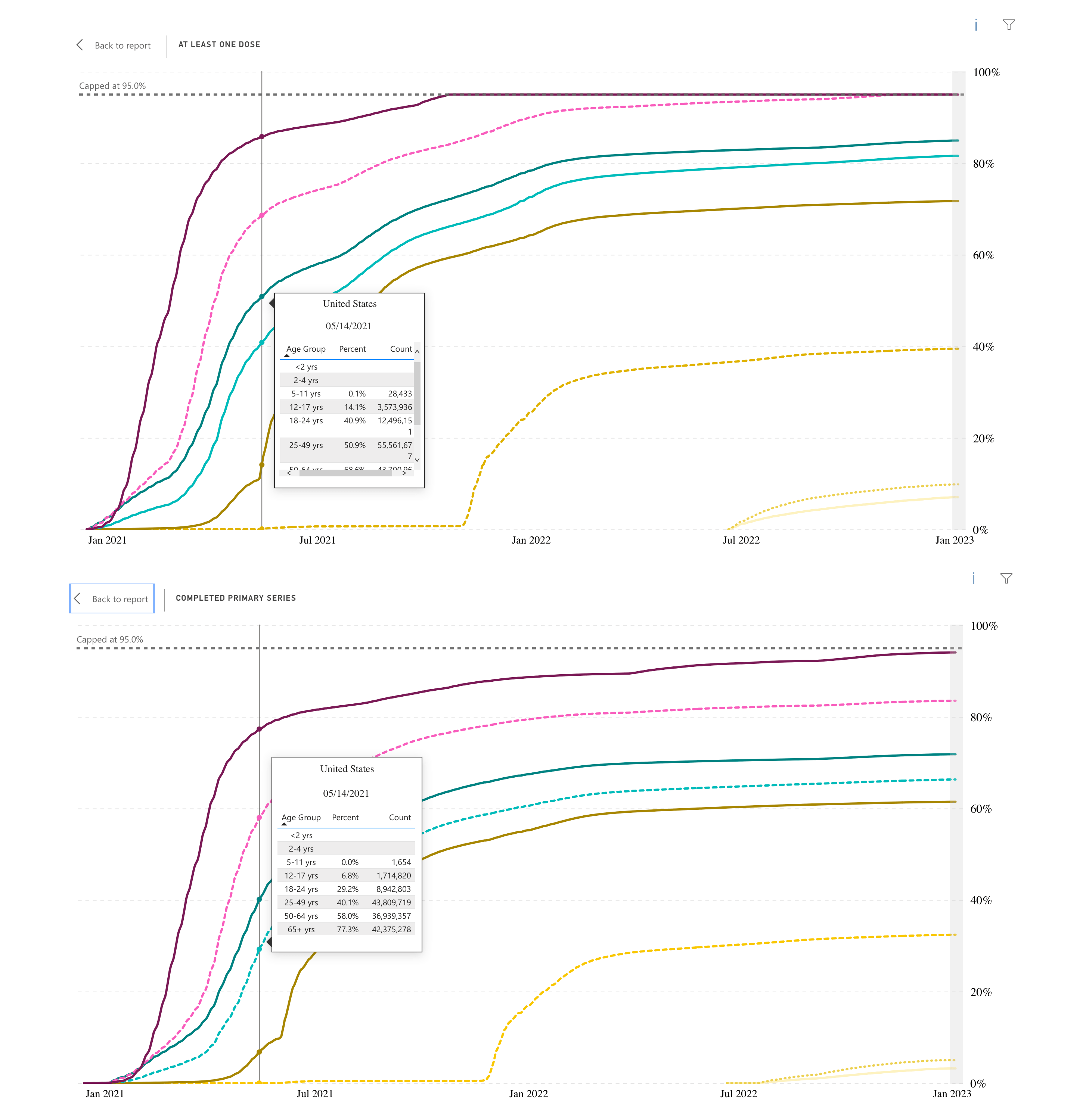 Figure 2. Proportion of people who received at least one dose of COVID-19 vaccine (top) and were fully vaccinated (bottom), classified based on age group. Source: U.S CDC. Data retrieved on 11 January 2023.

Moreover, vaccine uptake after this point hit a plateau, yet the sharpest spikes in excess death depicted in Dowd’s graph occurred after this time, between September and December 2021. And the same CDC data indicates that only about 10% in this age group had received an updated booster shot (Figure 3). Altogether, these data are inconsistent with Dowd’s proposed mechanism that the COVID-19 vaccines and the boosters are responsible for excess deaths in this age group.

Figure 3. Statistics and graphs showing the demographics of COVID-19 vaccination by age group. Note the proportion of vaccinated people aged between 25 to 49 years old, marked by the red box. Source: U.S. CDC. Data retrieved on 11 January 2023.

On his website, Dowd claimed that SARS-CoV-2 variants became “weaker” in 2021, thus COVID-19 didn’t explain the spikes. However, there isn’t evidence showing that the Delta and Omicron variants, which were responsible for large infection waves in 2021 and 2022, are less able to cause disease than the initial strain that caused the outbreak, nor did Dowd present evidence for this assumption. At minimum, both variants proved to be far more contagious than the initial strain and thus capable of infecting many more people. And reports indicate that more young people were catching the Delta variant, accounting for a spike in hospital admissions and deaths in those below 65.

Several public health experts refuted Dowd’s claim, which he’d already made on Steven Bannon’s podcast “War Room Pandemic” in March 2021, as documented in an Associated Press fact-check. Steven Wolff, director emeritus of the Center on Society and Health at Virginia Commonwealth University, explained that in order to show the COVID-19 vaccines are responsible for excess deaths, one would need to show a spike in excess deaths specifically among vaccinated people that don’t occur in the unvaccinated.

There’s no indication that Dowd broke down excess deaths based on vaccination status, even though this is one of the first steps needed to attribute deaths to vaccination.

Data regarding mortality rate based on vaccination status is available, and these are inconsistent with Dowd’s claim. Firstly, no unusual spike in mortality rate was observed in vaccinated people during the COVID-19 vaccines’ clinical trials, which included tens of thousands of people. 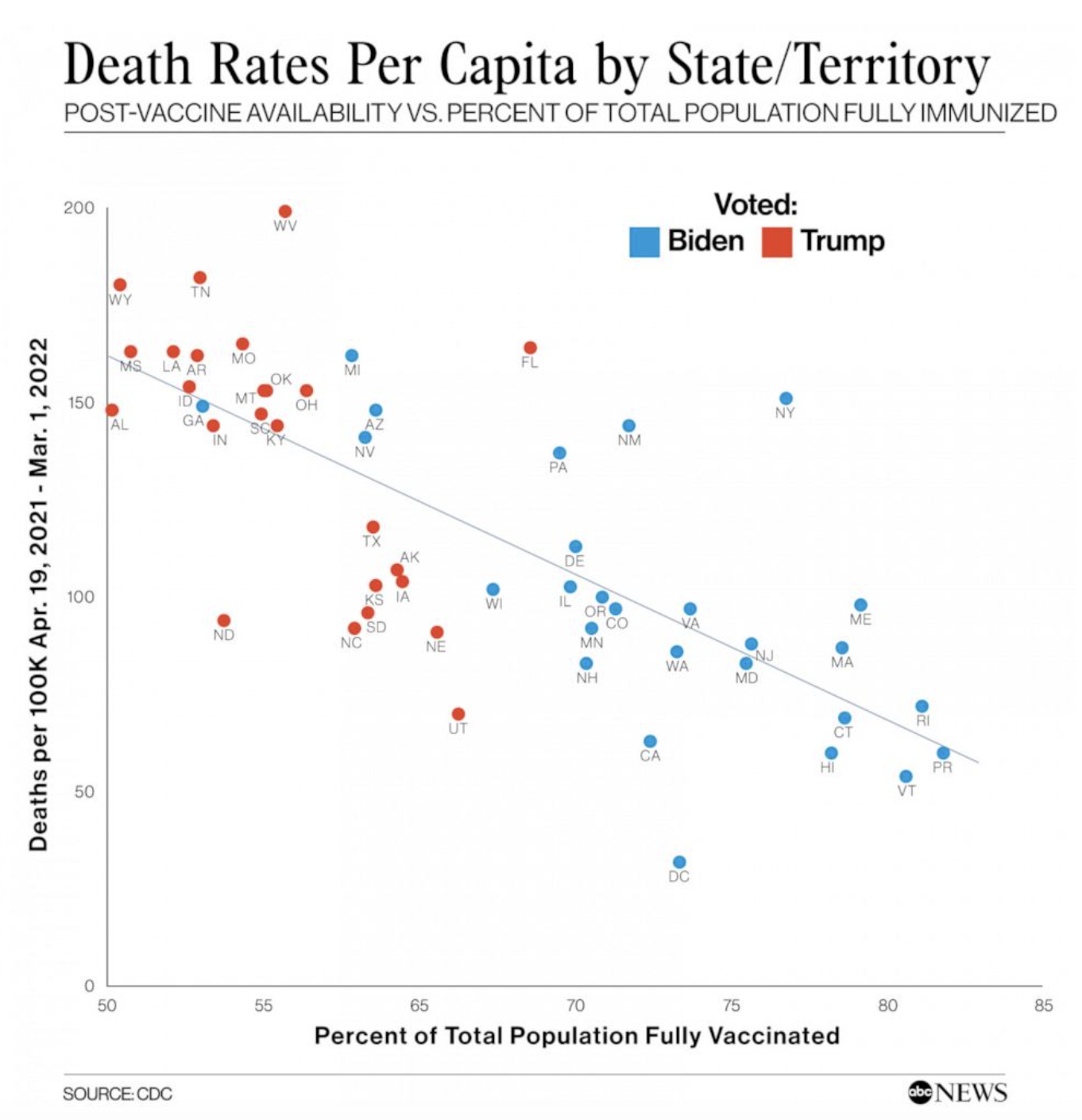 Figure 4. A chart showing the death rates per 100,000 people in U.S states and territories, based on the proportion of fully vaccinated people. Also shown are the candidates for whom the state/territory voted for in the 2020 U.S. presidential elections. Source: ABC News.

Sudden adult death syndrome (SADS) is the result of genetic mutations affecting the heart’s electrical system, which regulates the heartbeat. Reports of SADS have existed since the early 1990s[3], meaning that the condition isn’t new. The perception of SADS as new is likely due to the public’s unfamiliarity with the term until 2021, when public interest in the condition spiked, as the Google Trends graph below illustrates (Figure 5).

Misinformation alleging that the COVID-19 vaccines cause SADS or sudden deaths has persisted, following the discovery that COVID-19 mRNA vaccines are associated with a slightly increased risk of heart inflammation, particularly in young men. But what’s often lost in fears over this side effect is the fact that COVID-19 itself is more likely to cause a host of health problems, including those affecting the heart, than the vaccines[4-6].

Figure 5. Interest in the search term “sudden adult death syndrome”. Numbers represent search interest relative to the highest point on the chart for the given region and time. A value of 100 is the peak popularity for the term. A value of 50 means that the term is half as popular. A score of 0 means there was not enough data for this term. Source: Google Trends. Data retrieved on 10 January 2023.

Overall, Dowd’s claim that COVID-19 vaccines are responsible for excess mortality doesn’t hold up when viewed alongside other pieces of information. His claim exhibits the post hoc ergo propter hoc fallacy—that because the spikes followed vaccine boosters and mandates, that must mean that the vaccines are responsible for the spikes. Dowd’s assertion that COVID-19 vaccines are the sole explanation for excess deaths is based on no evidence at all and ignores evidence showing otherwise. The clinical trials observed no unusual spike in mortality among vaccinated people and the data points to unvaccinated groups being experiencing a higher mortality rate compared to vaccinated groups.