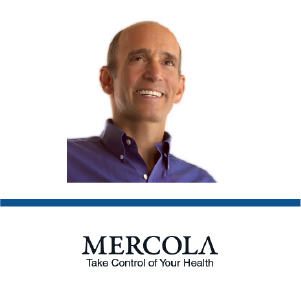 DETAILS
Unsupported: Large-scale reviews of clinical trials examining the efficacy of homeopathy have not found that homeopathy works beyond the placebo effect.

Reviews of clinical trials examining the efficacy of homeopathy indicate that any beneficial effects of homeopathy result from the placebo effect. The proposed mechanism of action is also implausible given what is already known of biology, chemistry and physics. Homeopathy is therefore not an adequate substitute for medical treatments with scientifically proven efficacy.

FULL CLAIM: The effectiveness of homeopathy is confirmed daily in the work of homeopaths and the results their patients are seeing

This article published by Mercola claims firstly that homeopathy is an effective treatment for conditions such as bacterial infections and autism, and secondly, that its benefits are not due to the placebo effect. Similar claims have also been made in other articles online. The article acknowledges that many homeopaths find homeopathy’s mechanism of action “mysterious”, but also attempts to explain how it works, quoting from a documentary on homeopathy that “it is believed there is a physics-based ‘quantum structure’ explanation, in which information in the water is transferred to the pellet”. It also cites anecdotal stories to support its claim that homeopathy is curative.

Large-scale meta-analyses of homeopathy’s efficacy have been performed. One of these studies by Linde et al. was published in 1997. This study examined 89 studies, and concluded that homeopathy did not demonstrate clinical efficacy, although it was unable to prove or disprove the hypothesis that homeopathy’s effects were due solely to the placebo effect[1].

Another meta-analysis by Shang et al. was published in The Lancet in 2005. It examined 110 trials on homeopathy and another 110 conventional medicine trials matched to the homeopathy trials in terms of disease type and outcome[2]. It concluded that there was “weak evidence for a specific effect of homeopathic remedies, but strong evidence for specific effects of conventional interventions” after accounting for biases in both groups of studies. Furthermore, it stated that “this finding is compatible with the notion that the clinical effects of homeopathy are placebo effects”.

The most recent meta-analysis was published in 2017. It was not able to refute the hypothesis that homeopathy does not have clinical efficacy when all 75 clinical trials it analysed were taken into account. However, the authors also acknowledged that only 3 of the 75 trials were considered to provide “reliable evidence”, and analysis of only these 3 trials did not support any clinical efficacy in homeopathic treatments[3].

Significant public interest in homeopathy has led governments to convene scientific inquiries into its efficacy, based on existing, high-quality scientific evidence.

One of these inquiries was initiated by the Select Committee of Science and Technology, appointed by the United Kingdom House of Commons[4]. The full report, published in 2010, can be read here.

The Committee stated that “the evidence base shows that homeopathy is not efficacious (that is, it does not work beyond the placebo effect) and that explanations for why homeopathy would work are scientifically implausible”, concluding that “the existing scientific literature showed no good evidence of efficacy”.

Another inquiry was by the Australian National Health and Medical Research Council (NHMRC), which published an information paper on homeopathy in 2015[5], concluding that:

It should be noted that the placebo effect does involve a genuine improvement of the patient’s symptoms[6,7] – in this sense, patients can derive benefits from homeopathic treatment. However, these benefits appear to be weak and clinically insignificant[7].

Paul Glasziou, Professor, Faculty of Health Sciences &amp; Medicine, Bond University:
Our review of homeopathy[5] did not find any evidence it is effective and I have summarised that here.

This article’s scientific accuracy has been reviewed by Emeritus Professor Edzard Ernst of the University of Exeter.