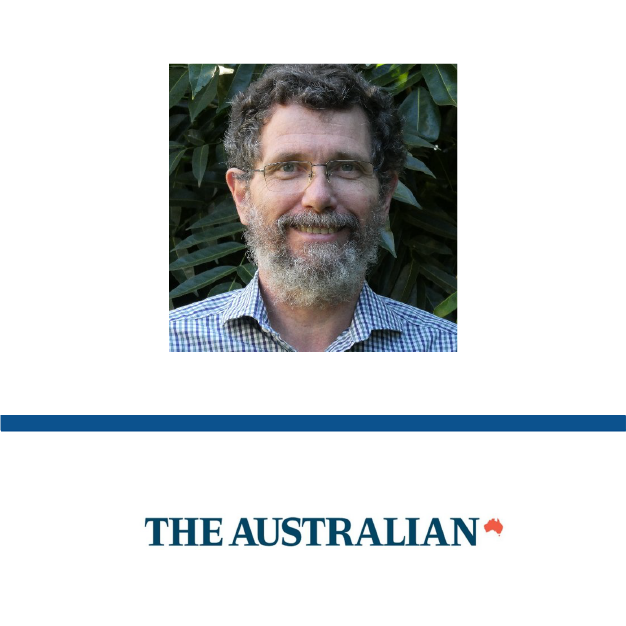 CLAIM
“The amount of coral on the Great Barrier Reef is at record high levels”; those claiming the reef is threatened by climate change are alarmists
VERDICT more about the rating framework

SOURCE: Peter Ridd, Climate Change Dispatch, The Australian, Watts Up With That?, 21 Jul. 2021

DETAILS
Inaccurate: Numerous scientific studies show a decrease, not an increase, in coral growth over the past decade. International scientific organizations are not ignoring the improvement in coral communities, and acknowledge the influence of periods with low disturbance on the ability of damaged reefs to recover.
Misrepresents source: Peter Ridd misuses data from the Australian Institute of Marine Science in a graph showing how coral cover in the Great Barrier Reef has changed over time. Although the data show an improvement in the amount of coral covering the reef in 2021 compared to previous years, coral cover is not at a record high since 1985 for any region of the Great Barrier Reef.
KEY TAKE AWAY

Coral reefs comprise a small, but invaluable oceanic ecosystem, because they provide protection from storms and sturges, host wildlife, are a dense source of food and have a strong economic value for local communities. The growth rate and overall health of coral reefs are very sensitive to environmental conditions, including water temperature, pH, and extreme weather events. Warming water temperatures and increasing CO2 concentrations in the ocean often cause coral bleaching events, eventually resulting in the death of large fractions of numerous coral reefs around the world. However, some coral reefs can recover from these extreme events and adapt to changing conditions if they are given enough time and the appropriate conditions.

FULL CLAIM: “The amount of coral on the Great Barrier Reef is at record high levels”; “Coral growth rates have, if anything, increased over the past 100 years”; those claiming the reef is threatened by climate change are alarmists

The claim that the amount of coral in the Great Barrier Reef has increased over the past century and reached a record high in 2021 was published on 23 July 2021 in an article published by Peter Ridd, a former physicist at James Cook University. The article was published on several websites, including Climate Change Dispatch, Watts Up With That, and The Australian, and together received more than 10,000 interactions on social media according to the social media analytics tool Crowdtangle.

In the article, Ridd claims that the release of the latest annual report of the Australian Institute of Marine Sciences on the Great Barrier Reef shows a record high level of coral covering the reef. He uses this observation to claim that scientists who state that coral reefs are threatened by climate change are alarmists. These claims are not supported by scientific evidence and are based on misrepresentations of scientific data and a flawed understanding of coral reef science.

For example, Ridd shows a figure allegedly from the latest Australian Institute of Marine Science (AIMS) report to support his claim that the amount of coral in the Great Barrier Reef reached a record high in 2021, but Ridd’s figure is neither consistent with the figures published in the AIMS report[1], nor with the scientific literature. Contrary to the claim, the recent AIMS report for the three regions of the Great Barrier Reef showed strong variation in coral cover across years, but no record high in 2021, as claimed in Ridd’s article (see Figure 1). Furthermore, scientific studies show a significant decrease in the amount of coral and coral growth rate since the 1980’s[2-5].

Figure 1 – Comparison between Ridd’s figure (top) and the data from the AIMS report (bottom) with data given for each of the three Great Barrier Reef regions showing no record high nor historic maximum in 2021.

In his article, Ridd also claims that scientists “generally downplayed or ignored” the reefs capacity to recover from bleaching or extreme weather events, however, scientific studies on coral reefs acknowledge the capability for the reefs to recover and grow after such events[7-9]. Doing so, Ridd neglects to address the complexity of the coral reef diversity, species dynamics and differences around the globe, and misleads the reader into thinking scientists ignore these facts.

As discussed in the AIMS report, the main hypothesis for the rapid recovery of the Great Barrier reefs during 2021 is that “2021 has been a low disturbance year”, and that a strong increase in fast growing Acropora corals created a shift in the population distribution of coral. These species easily colonize new territory and grow quickly, but they are also more susceptible to wave damage, coral bleaching, and predators, meaning that even if coral cover increases, the reef has not totally recovered from the last bleaching events.

Peter Ridd also claims, “The science institutions have been claiming that there have been three disastrous bleaching events in the past five years, which does not accord with the latest statistics,” and, “while there have been three events, they occurred in largely different regions in each year. The reef has thus effectively had one major bleaching event in the past five years and the previous major event was in 2002.”

Figure 2 – Maps of the last three bleaching events that occured on the Great Barrier Reef. From ARC Centre for Excellence in Coral Reef Studies

Finally, Ridd states that scientists use these bleaching events to spread a message of doom, hypothetically ignoring the “real” state of the Great Barrier and preparing headlines to deceive the public about the risks of climate change. Almost all coral reef scientists agree that climate change will affect coral reef health and resilience[11], it is wrong to claim that the messages scientists try to convey are of doom. As specified by the latest IPCC report about coral reefs, it is known with high confidence that ocean warming and acidification will “enhance the reef dissolution, affect the coral species distribution and lead to community change”[11].

The main message that the scientific community conveys is that coral reefs will continue to be endangered if environmental conditions keep changing in the shallow waters where most coral reefs live. As Box 5.5 in the latest IPCC report states:

“Altogether, coral reefs of the future will not resemble those of today because of the projected decline and changes in the composition of corals and associated species in the remaining reefs (high confidence). The very high vulnerability of coral reefs to warming, ocean acidification, increasing storm intensity and Sea Level Rise under climate change (AR5 WG2), including enhanced bioerosion (high confidence) point to the importance of considering both mitigation and adaptation for coral reefs”[11].

For decades, scientists have highlighted the fact that coral reefs are very sensitive to their direct environmental conditions, and that if the water temperature increases and the pH of the sea water keeps changing due to global warming, corals will bleach and die faster than they can regenerate.

According to two Australian coral reef specialists, coral reefs are capable of resilience, and they can recover from extreme events and bleaching if given enough time. Professor Terry Hughes, director of the Centre of Excellence for Coral Reef Studies at James Cook University, stated in a 2020 Guardian article, “It’s not too late to turn this around with rapid action on emissions…But business-as-usual emissions will make the Great Barrier Reef a pretty miserable place compared to today.” David Wachenfeld, chief scientist at the Great Barrier Reef Marine Park Authority added in the same article, “No one climate event will kill the Great Barrier Reef, but each successive event creates more damage. Its resilience is not limitless, and we need the strongest possible action on climate change.”

If you want to read more about coral reef recovery, bleaching events or other fact-checked claims made by Peter Ridd, you can follow these links :