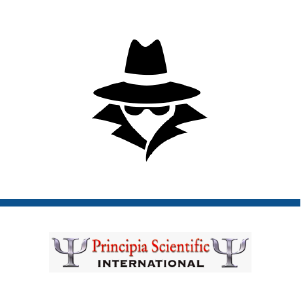 CLAIM
90 percent of the world’s glaciers are growing.
VERDICT more about the rating framework

FULL CLAIM: 90 percent of the world’s glaciers are growing.

An article posted by IceAgeNow.info in November 2016 and republished on the blog Principia Scientific, makes this claim about the world’s glaciers based entirely on a single study published in the Journal of Glaciology in 2015 by Dr. H. Jay Zwally, a scientist at NASA, and colleagues[1]. The claim began trending on Facebook in early 2020 and received 1.6 million views on Facebook over the past 3 months.

The study showed that the East Antarctic Ice Sheet (see Figure 1) is gaining ice faster than other parts of the Antarctic ice sheet are losing ice. IceAgeNow’s article claims that since Antarctica represents about 90% of the world’s glacial ice and the East Antarctic Ice Sheet holds the majority of that ice, this means that 90% of the world’s glaciers are growing. However, the article fails to mention conflicting results found in numerous other studies, and therefore presents a biased view of the scientific understanding of this topic. The Zwally paper’s results are, in fact, an outlier among similar studies of the Antarctic ice mass balance* and have been challenged by more recent papers. [*Mass balance is a measure of the overall ice gain or loss in a given year, and these results are given in meters water equivalent to account for varying densities of ice and snow.] 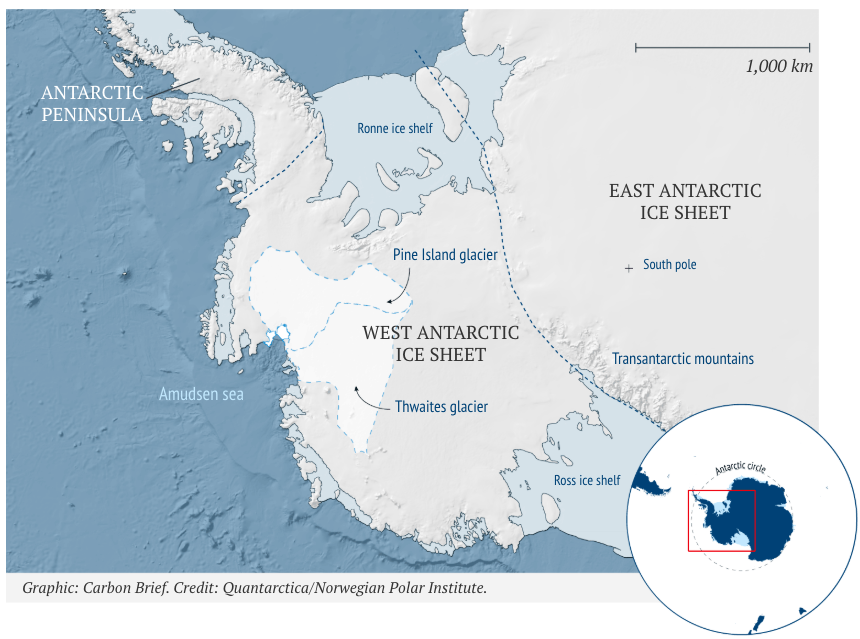 Figure 1 – Map of the East and West Antarctic ice sheets (made by Carbon Brief).

The Antarctic Ice Sheet holds much of the world’s glacial ice, but glaciers are widespread around the world near the poles and in alpine regions. Glaciers are individual bodies of ice that deform and flow under their own weight, following the topography beneath them. An ice sheet is a continent-spanning region of ice, within which a number of glaciers can be found at its edges. This means that Antarctica’s share of the world’s glacial ice mass is not the same as its share of the world’s number of glaciers.

The World Glacier Monitoring Service (WGMS) has reported a clear trend of global glacial ice loss, as shown in Figure 2, for all glaciers and a subset of “reference glaciers” which have been continuously monitored since 1976[2]. Of the 151 glaciers included in the 2018 WGMS measurements, about 12% showed a trend of ice growth. Glaciers can grow either due to reduced losses from melting, sublimation, or calving, or due to increased additions from snowfall. 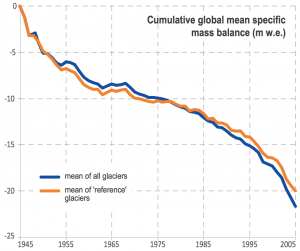 Another figure (Figure 3) from a paper by Ted Scambos of the National Snow and Ice Data Center and Christopher Shuman from NASA’s Goddard Space Flight Center directly displays the differences between the Zwally paper’s results and those of 12 other published studies[3]. The figure compares ice mass changes in the Antarctic Ice Sheet as reported by each study. The Zwally paper’s results, as indicated by the brown rectangle in the figure, present the only data indicating an overall gain in mass to the Antarctic Ice Sheet. Therefore, the Zwally paper’s data are clear outliers to the estimates from other studies which indicate that Antarctic ice mass is declining. 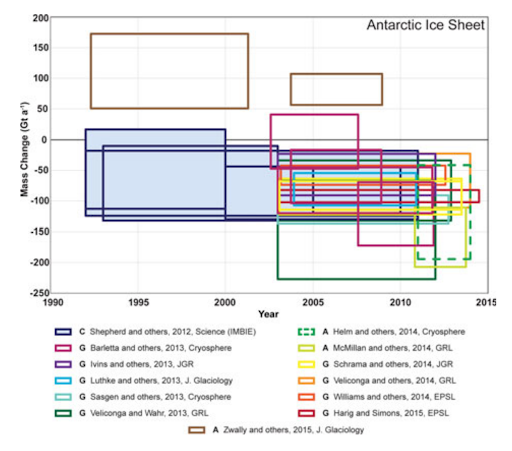 Figure 3 – Antarctic Ice Sheet mass balance estimates from studies published from 2012 to 2015. Each box represents the range of error (vertical) and the time span of the data (horizontal). Source: Scambos and Shuman (2015)[3].

Scambos and Shuman pointed to the methods of Zwally et al. as the reason for their vastly different estimates. Satellite methods are widely used to detect changes in elevation of the ice surface, which inform estimates of mass gain or loss over time. To ensure accurate measurements, a reference surface with a well understood elevation is needed for calibration. Zwally’s team used patches of open ocean as their reference surface, which Scambos and Shuman point out could be problematic because a dark surface, such as the ocean, provides a less accurate signal to satellites than do bright surfaces such as ice. The Zwally study also used data from different satellites than the more recent studies, which found much smaller elevation gains[4,5].

The author of the claim reviewed here also fails to recognize that even the Zwally paper’s results illustrate a decreasing snowfall trend, and it predicted that in about 20 years’ time, Antarctica would be losing ice mass and contributing to sea level rise.

To wrap up, the IceAgeNow article claims that 90% of the world’s glaciers are growing, but according to the WGMS’s 2018 dataset, only about 12% of glaciers are gaining mass globally[2]. The article cites a single study which supports the claim that the Antarctic Ice Sheet is not contributing to sea level rise and does not consider numerous studies with differing results, therefore presenting a cherry-picked view of the body of research on the subject.