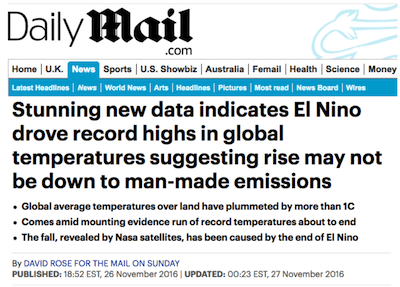 CLAIM
El Niño drove record highs in global temperatures suggesting rise may not be down to man-made emissions.
VERDICT more about the rating framework

DETAILS
Misrepresents a complex reality : Record highs in global surface temperatures in 2016 are due to the superposition of an El Niño event on top of the warming effect of human greenhouse gas emissions, so blaming the record only on El Niño paints a simplistic picture.
KEY TAKE AWAY

The continuing rise of global temperature is mostly due to human emissions of greenhouse gases. A strong El Niño event helped set a new record in annual global surface temperature in 2016. 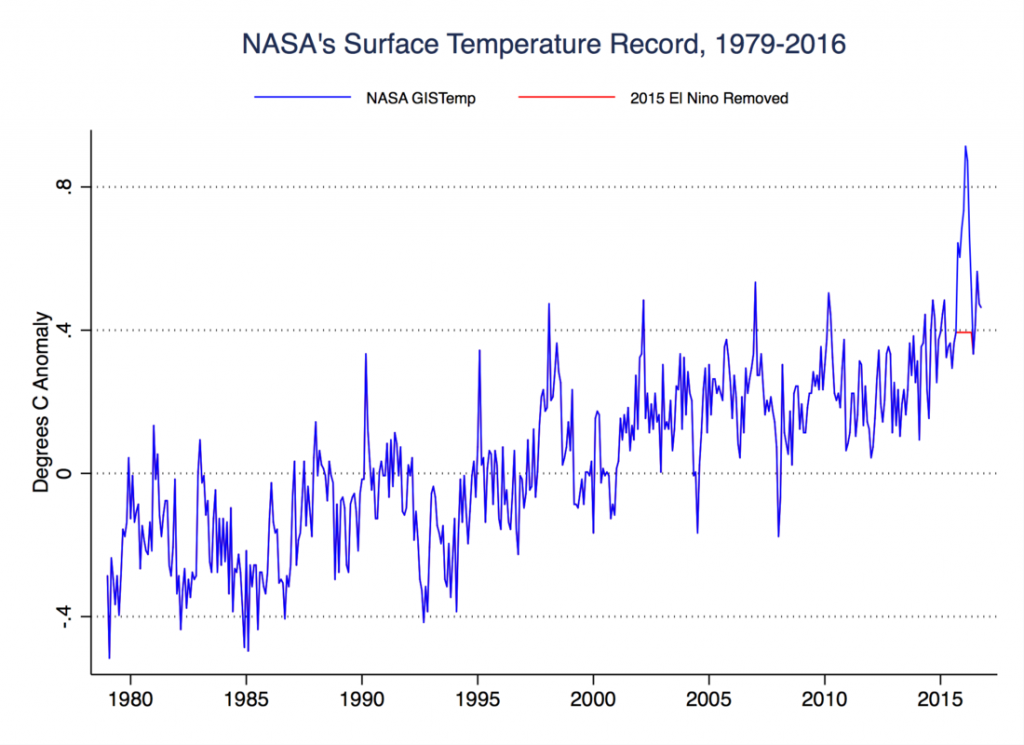 The modest decline in temperatures in the past few months is a normal reversion after the end of the El Niño event. It has relatively little impact on the longer-term warming trend, which is the most scientifically relevant metric of climate change.

Steven Sherwood, Professor, University of New South Wales:
Temperature averages from satellite-based detectors are very noisy, and tend to exaggerate swings due to El Niño compared with other data sources. I would not attach much significance to big upswings or downswings over periods of only a few months, especially when other indicators, like sea ice, are suggesting acceleration of warmth. The long-term upward trend is clear in every source of data we have.

Victor Venema, Scientist, University of Bonn, Germany:
It is known that El Niño, an oscillation in the tropical Pacific, is a cause of short-term fluctuations of the temperature and precipitation. This should not be confused with long-term warming. This is clearly illustrated by this graph below that shows the warming of El Niño years, La Niña years (the opposite of El Niño), and neutral years individually.