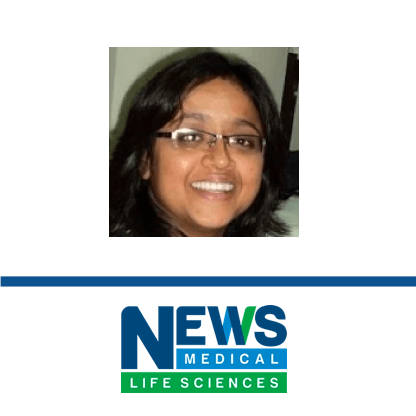 DETAILS
Inadequate support: The study didn’t test people without COVID-19 symptoms and involved a small number of previously infected individuals. These limitations mean that the study doesn’t provide information about how the level of protection from previous infection compares to vaccination and the potential benefit of vaccination for people who recovered from the disease.
Lacks context: While studying the rate of reinfection is one way to understand if vaccination is beneficial to previously infected individuals, there are also other important factors to consider, such as the duration of protection and the level of protection against variants of the virus. But the study didn’t examine these aspects.
KEY TAKE AWAY

Most people who had COVID-19 develop some level of protective immunity. However, the immune response can vary a lot between individuals, and not all COVID-19 survivors develop sufficiently protective immunity, since reinfection can occur. COVID-19 vaccines have demonstrated a more robust and reliable immune response than natural infection. They can also provide additional benefits, such as boosting immunity in people who had a low immune response after natural infection or enhancing protection against variants of the virus.

FULL CLAIM: “Individuals with previous SARS-CoV-2 infection do not get additional benefits from vaccination”

On 8 June 2021, Medical News published an article titled “No point vaccinating those who’ve had COVID-19”. The article went viral on Facebook, receiving more than 70,000 interactions and 17,500 shares in one day, according to the social media analytics tool CrowdTangle.

The article questioned the usefulness of vaccinating previously infected people and received a boost from media outlets, such as Gateway Pundit, and groups opposing vaccination like Children’s Health Defence. A Facebook post from U.S. Senator Rand Paul that shared the article received more than 29,000 interactions. Paul had earlier stated in a radio interview that he didn’t plan to get vaccinated because he had natural immunity after recovering from COVID-19. By contrast, the U.S. Centers for Disease Control and Prevention (CDC) recommends getting vaccinated regardless of whether you already had COVID-19.

The Medical News article is based on a 5 June 2021 preprint, which is a study not yet peer-reviewed by other scientists. The authors of the study evaluated the incidence of COVID-19 among 52,238 employees at the Cleveland Clinic based on their history of previous SARS-CoV-2 infection and vaccination status[1]. Data from the five months following vaccination rollout at the clinic in January 2021 were collected retrospectively. This means that the researchers used already existing information about past infections among the participants. All the vaccinated employees received either the Pfizer-BioNTech or the Moderna COVID-19 mRNA vaccines.

The Medical News article reported that, based on the results from this preprint, “individuals with previous SARS-CoV-2 infection do not get additional benefits from vaccination”. However, a closer look at the study design and methods reveals important limitations that make this claim premature and unsupported, as we explain below.

The study demonstrated that previous infection protects against COVID-19, but not the effect of vaccination in previously infected individuals

The first caveat in the study is that the authors defined SARS-CoV-2 infection as a positive RT-PCR test result during routine testing at the clinic. However, the clinic didn’t routinely test employees without symptoms. Therefore, people with mild or no symptoms might have been wrongly classified as previously uninfected or gone undetected during the study. Given the small number of infections observed in most of the groups, a few misclassified or undetected infections might change the conclusions of the study.

Furthermore, people without symptoms can still transmit the virus to others, as Health Feedback explained in this review. Posts claiming that vaccination in previously infected individuals is useless disregard the potential benefits of vaccines in preventing viral transmission within the community.

A second limitation is that the sample sizes of the different groups are very uneven. While the previously uninfected groups comprise more than 22,000 individuals, the previously infected groups have only about 1,000 individuals. The unequal number of participants in each group reduces the statistical power of the study and increases skewness, which can potentially make any difference between groups appear lower or higher than it actually is.

In short, while the Cleveland Clinic study did show that previous infection protected individuals against COVID-19, the limitations of the study don’t allow us to draw conclusions about other benefits provided by vaccination. While the authors acknowledged some of these limitations, many social media posts and articles took these results out of context.

A 9 June 2021 statement by the Cleveland Clinic highlighted some of the limitations of the study and recommended previously infected individuals to get the vaccine:

“It is important to keep in mind that this study was conducted in a population that was younger and healthier than the general population. In addition, we do not know how long the immune system will protect itself against reinfection after COVID-19. It is safe to receive the COVID-19 vaccine even if you have previously tested positive, and we recommend all those who are eligible receive it.”

The Medical News article claimed that COVID-19 vaccines don’t provide additional benefits to previously infected individuals based on the rate of COVID-19 symptomatic infections. However, the reinfection rate alone isn’t enough to determine the level of protection and the potential benefits of vaccination in people who had a previous COVID-19 infection.

For example, the authors didn’t evaluate the antibody levels or B and T cell responses in the different groups[2]. While more than 90% of the people infected with COVID-19 have protective immunity for at least six months after infection[3,4], the response varies a lot between different people. Asymptomatic infections generally produce lower antibody levels than symptomatic ones, and over 5% of infected individuals don’t maintain protective immunity[4,5]. In these cases, previously infected individuals remain susceptible to reinfection, which is rare but can occur[6].

In contrast, the immunity induced by COVID-19 vaccines is more robust and less variable than that induced by natural infection. Jennifer Grier, assistant professor of immunology at the University of South Carolina, explained in this article published by The Conversation:

“COVID–19 vaccines generate both antibody and T cell responses – but this is much stronger and more consistent than immunity from natural infection. One study found that four months after receiving their first dose of the Moderna vaccine, 100% of people tested had antibodies against SARS-CoV-2. This is the longest period that has been studied so far. In a study looking at the Pfizer and Moderna vaccines, antibody levels were also much higher in vaccinated people than in those who had recovered from infection.”

Another study showed that a single dose of an mRNA COVID-19 vaccine in previously infected individuals produced seven times more antibodies and six times stronger T-cell response than full vaccination in people without antibodies against SARS-CoV-2. The antibodies were also more efficient at neutralizing the virus, making viral transmission to others much less likely.

Finally, up to 30% of people who recovered from COVID-19 infection have persistent health problems, even those who only had mild symptoms. This condition, called long COVID, can cause difficulty breathing, cognitive deficits, joint and muscle pain that impairs the person’s quality of life[7]. Recent reports suggest that COVID-19 vaccines might relieve persistent symptoms in some of these patients.

The authors of the Cleveland Clinic study claimed that “if prior infection does not afford protection against some of the newer variants of concern, there is little reason to suppose that the currently available vaccines would either”. However, this contradicts available data.

Although data about reinfection with different variants of the virus remains scarce, evidence suggests that natural immunity might confer limited protection.

One example is the Brazilian city of Manaus. Despite estimates suggesting that a large proportion of the population had already got infected during the first wave of COVID-19, the city suffered a devastating second wave[8]. A similar situation occurred in India in April 2021, when the country suffered an unprecedented surge in COVID-19 cases, despite previous widespread infection.

One of the hypotheses to explain these surges was the presence of new, more transmissible variants of the virus, which may have caused reinfections among the population. During the second COVID-19 wave in Manaus, the Gamma variant, also called P.1 and first detected in Brazil, was widely circulating in the region[9]. During the surge in India, the researchers detected the Alpha (B.1.1.7) and Delta (B.1.617.2) variants, first identified in the U.K. and India, respectively.

In contrast, the more robust immune response to COVID-19 vaccines might enhance protection against variants, even though they don’t provide 100% protection. For example, one study in Israel showed that full vaccination with the Pfizer-BioNTech COVID-19 vaccine prevented 90% of infections, despite the Alpha variant circulated widely in the country at that time[10].

Some studies suggest that a single dose of COVID-19 vaccines would be strong enough to enhance protection against variants in previously infected individuals[11,12]. Vaccine boosters specifically designed to target new variants can further improve the immune response, as Cassandra Berry, a professor of immunology at Murdoch University, explained in this article published by The Conversation.

While the Cleveland Clinic study demonstrated that previous infection can effectively prevent COVID-19, these results don’t provide evidence that COVID-19 vaccines are useless for people who already had COVID-19, as many social media posts and articles claimed. Such a claim is unsupported and lacks important context.

While it is true that most people who recovered from COVID-19 infection are more protected against the disease than those who never had COVID-19 and didn’t get the vaccine, they can still benefit from vaccination. COVID-19 vaccines induce a stronger and more consistent immune response than natural infection[13], which can help reduce viral transmission, enhance protection against viral variants, and boost natural immunity in those who had a low immune response to the infection.