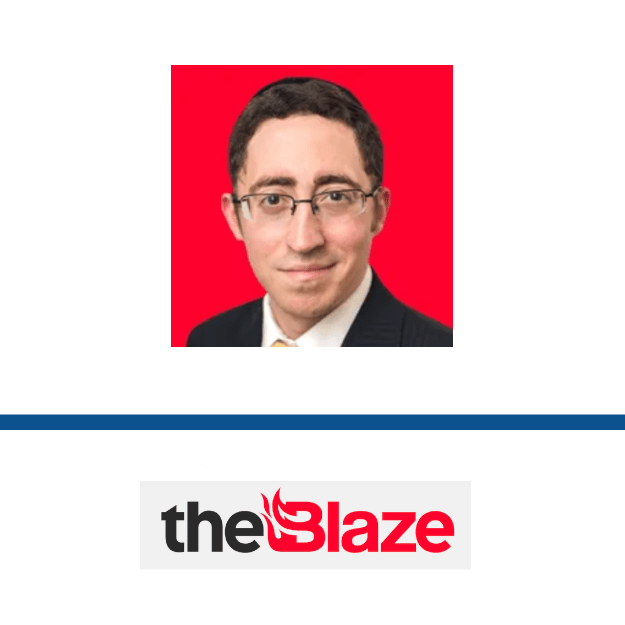 CLAIM
“The shots were not studied in pregnant women”; “we have seen 50 times the rate of reporting [in VAERS] per month of miscarriages for this vaccine than the other vaccines put together.”
VERDICT more about the rating framework

DETAILS
Inaccurate: Data from several countries show that COVID-19 vaccines are safe during pregnancy. No increase in pregnancy complications or newborn deaths have been observed among vaccinated women.
Inadequate support: Reports in the U.S. VAERS database cannot be used as evidence that vaccines caused a specific medical condition. It contains unverified information that would first need to go through a medical investigation to demonstrate a causal relationship between vaccines and pregnancy complications.
KEY TAKE AWAY

FULL CLAIM: “The shots were not studied in pregnant women”; “we have seen 50 times the rate of reporting [in VAERS] per month of miscarriages for this vaccine than the other vaccines put together”; “there were 3,511 miscarriages reported to VAERS”

The U.S. Centers for Disease Control and Prevention (CDC) as well as medical associations such as the American College of Obstetricians and Gynecologists recommend the vaccination of “pregnant and lactating individuals” against COVID-19. In particular, they warned that pregnant women are more at risk of developing a severe form of COVID-19, which makes vaccination all the more beneficial.

However, the exclusion of pregnant women from the initial COVID-19 vaccine clinical trials provided fertile ground for the spread of misinformation about the safety of COVID-19 vaccines during pregnancy. Health Feedback previously fact checked some of these unsupported and inaccurate claims.

In early 2022, The Blaze published an article by Daniel Horowitz, which claimed that an increase in perinatal mortality in Scotland could be linked to vaccination against COVID-19. Horowitz has spread health misinformation in the past.

This claim initially stemmed from reports that Scotland experienced an unusually high perinatal mortality rate in September 2021, with a rate of 4.9 deaths of newborns under four weeks for 1,000 births. The average mortality rate is 2 per 1,000. The high rate observed in September therefore triggered an investigation by Public Health Scotland (PHS).

To Horowitz, this suggested that this increase in perinatal mortality could be linked to COVID-19 vaccines and backed his hypothesis by saying that “the shots were not studied in pregnant women” and that “there were 3,511 miscarriages reported to VAERS”. He also claimed that “we [had] seen 50 times the rate of reporting [in VAERS] per month of miscarriages for this vaccine than the other vaccines put together”

As we explain below, these claims are inaccurate. They are inconsistent with available scientific observations and misuse public health databases such as VAERS.

If COVID-19 vaccines caused pregnancy complications, increases in preterm births, and perinatal mortality—either stillbirths or newborn deaths—should have been detected in several highly vaccinated countries, not just during a single month in a single country. However, this hasn’t been observed.

In fact, contrary to Horowitz’s article, scientific data about vaccination of pregnant women do exist and they all show that COVID-19 vaccination doesn’t affect the pregnancy outcome.

Researchers from Scotland monitored the health of women who became pregnant in the country after March 2020 and assessed the outcomes of their pregnancies. They found no increase in perinatal mortality among vaccinated persons compared to the background perinatal mortality rate[1] (Figure 1). This finding directly contradicts the idea that the surge of perinatal mortality in September 2021 in Scotland could be linked to vaccines.

By contrast, the perinatal mortality rate is significantly higher in the case of pregnant individuals who got COVID-19 within 28 days of childbirth (Figure 1). This is consistent with previous observations that pregnant women are at greater risk of developing severe COVID-19 and pregnancy complications[2,3]. 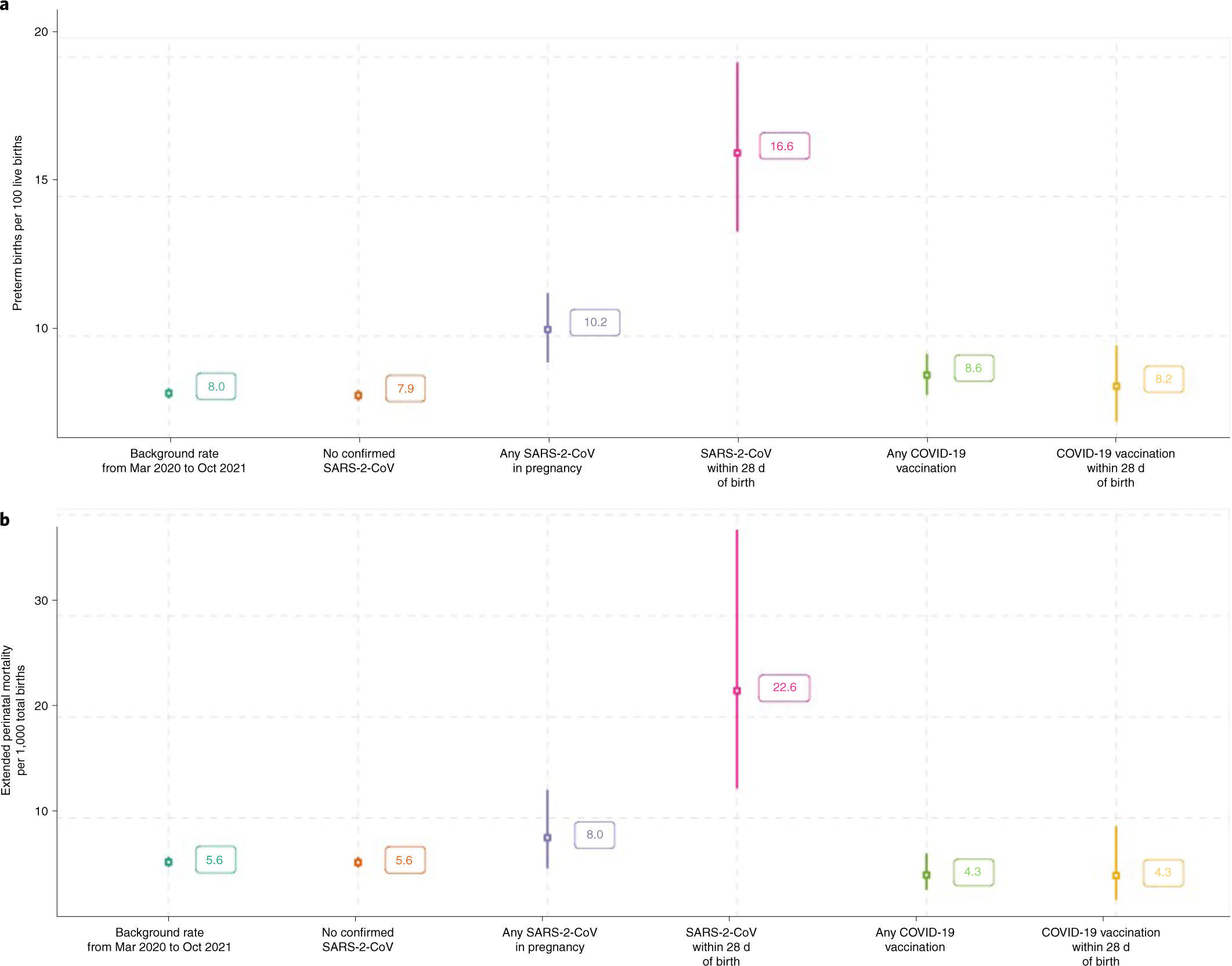 The absence of an association between pregnancy complications and COVID-19 vaccination has also been observed in other countries. Researchers in the U.S. led a retrospective study on more than 40,000 pregnant women who either were unvaccinated or got vaccinated during pregnancy, usually during the second or third trimester. They found that vaccination wasn’t associated with an increase of preterm births[4]. In an interview with the BBC, Sarah Stock, an expert in maternal and fetal health at University of Edinburgh, said that “Preterm delivery is the biggest driver of neonatal mortality”, so it is directly tied to perinatal mortality.

Therefore, contrary to what is suggested by Daniel Horowitz, there is a lot of data on pregnancy outcomes after COVID-19 vaccination and they all point toward the fact that these vaccines are safe for pregnant women and their unborn child.

Horowitz made extensive use of the VAERS database to support his claims. The U.S. Vaccine Adverse Events Reporting System (VAERS) database provides the general public and healthcare workers with an avenue to report adverse events occurring in people after they were vaccinated. The system is co-managed by the U.S. Centers for Disease Control and Prevention (CDC) and the U.S. Food and Drug Administration (FDA). It serves as “a national early warning system to detect possible safety problems in U.S.-licensed vaccines”, which “can provide CDC and FDA with valuable information that additional work and evaluation is necessary to further assess a possible safety concern.”

However, the database alone cannot be used to suggest that a vaccine is dangerous, as Health Feedback explained in previous reviews. First, because anyone can submit a report to VAERS, the information in the report isn’t verified. VAERS clearly warns users relying on the database about this caveat: “Some reports may contain information that is incomplete, inaccurate, coincidental, or unverifiable. Most reports to VAERS are voluntary, which means they are subject to biases”.

Second, VAERS data alone can’t show whether an adverse event is the consequence of a given medical intervention such as vaccination. Indeed, the sole fact that event A occurs before event B doesn’t mean that the first one caused the second. Suggesting otherwise, as Horowitz did in his article, is known as the post hoc ergo propter hoc fallacy. Further investigation into VAERS reports are required in order to determine whether there is a causal association.

Lastly, the number of adverse events such as deaths or miscarriages reported into VAERS is influenced by people’s propensity to file such reports. There is no data indicating that the reporting rate among people who received a COVID-19 vaccination is similar to other types of vaccines. Therefore, directly comparing the number of VAERS reports between different vaccines without analysing the impact of confounding factors, like reporting rate, is uninformative.

In summary, the scientific evidence shows that COVID-19 vaccines are safe for pregnant and lactating women. While pregnant women were excluded from the initial vaccine clinical trials, later studies showed that vaccination against COVID-19 had no impact on pregnancy outcomes, including in Scotland. In fact, COVID-19 vaccines are particularly beneficial during pregnancy, as pregnancy is associated with a higher risk of developing severe COVID-19, which in turn comes with a higher risk of perinatal mortality.