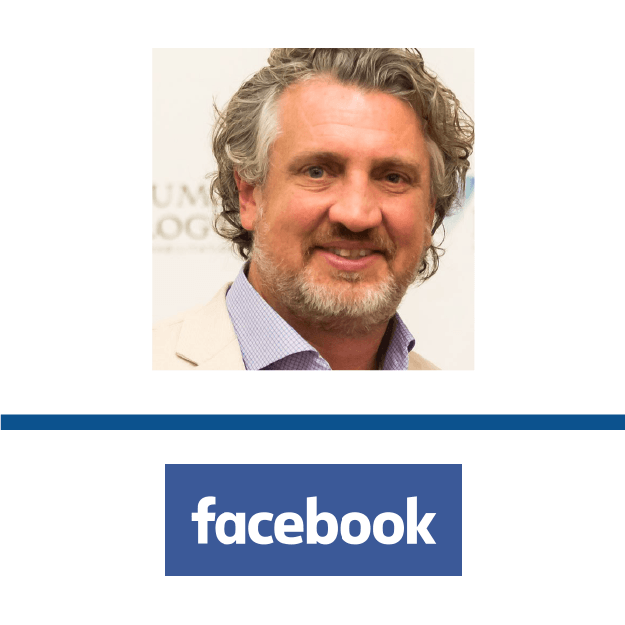 Current data shows that vaccines are safe and do not cause toxicity or encephalopathy. Vaccines undergo rigorous clinical trials and safety testing before they are used in the general population, and are also subject to continued monitoring even after they are approved for use.

In this popular Facebook video, shared more than 300,000 times and viewed more than 18 million times, Del Bigtree claims firstly that vaccines contain several toxic ingredients and that these are the reason for encephalopathy, which he calls a “known side effect of every vaccine we get”. The specific ingredients he calls out are mercury, aluminium, propylene glycol and formaldehyde. Secondly, he claims that the safety of vaccines is unknown.

Reviewers who examined the video’s claims found it to be inaccurate and misleading. With regards to the first claim, reviewers explained that mercury in its elemental form – which the video correctly says is highly toxic – is not used in any vaccine. Another form of mercury called methylmercury, which contaminates seafood, is also toxic, but is not present in vaccines either. However, there is a mercury-containing compound called thimerosal, which is used in vaccines as a preservative and antibacterial. Thimerosal is metabolized to ethylmercury, which is degraded and eliminated by the body quickly, unlike methylmercury, meaning that it does not accumulate in the body at levels sufficient to cause toxicity#. However, mounting public concern over its safety led to the removal of thimerosal from childhood vaccines in the United States in 2001, meaning that mercury is not present in most vaccines, with the exception of certain multi-dose influenza vaccines.

Aluminium is also not used in its elemental form in vaccines, but in the form of aluminium salts which act as adjuvants. Adjuvants are used to heighten the immune response upon vaccination and enhance protection during subsequent natural infection. While it is possible for them to trigger side effects if used in excessive amounts, the levels in vaccines are low and safe. No scientific evidence has linked adjuvants with encephalopathy.

It is true that propylene glycol is used in antifreeze, but it is also used as a food ingredient that is Generally Recognized As Safe by the Food and Drug Administration. The claim that it is toxic at the levels present in vaccines is false.

It is true that formaldehyde can be toxic and that it is used in vaccine production. However, reviewers have explained that the amount of formaldehyde present in vaccines is extremely low and insufficient for causing toxicity. The Children’s Hospital of Philadelphia has also published a fact-sheet on the use of formaldehyde in vaccines, as well as the concentrations present, which show that the levels are safe.

The video also shows a segment of the MMR vaccine’s package insert, and claims that encephalopathy is “a known side effect of every vaccine we get”. This package insert appears to be that of the MMR II vaccine, which can be downloaded from the CDC website (as a PDF). Readers can also find the same passage quoted in the video (on page 7 of the PDF version of the insert), under Adverse Reactions. What the video does not show in its cropped image of the insert is the following explanatory header found under Adverse Reactions: “The following adverse reactions are listed in decreasing order of severity, without regard to causality” (emphasis added). It is therefore erroneous to assert a causal relationship between vaccines and encephalopathy on the basis of the package insert information.

Earlier studies posited an association between pertussis vaccination and increased likelihood of seizures (discussed in an article by Doja[1]), but recent studies have shown that most severe cases are actually the result of an underlying genetic mutation which causes Dravet syndrome[2,3,4], a rare epileptic encephalopathy. An increased incidence of febrile seizures in children has been observed after administration of some vaccines, but these are not associated with long-term health problems or encephalopathy[5,6].

The claim that vaccine safety is completely unknown is false. The Institute of Medicine – part of the National Academies of Science, Engineering and Medicine – reviewed childhood immunization schedules and found them to be safe. Oxford University’s Vaccine Group has also published information on how vaccines are tested and approved for use among the general population. Reviewers have also pointed out that vaccines continue to be subjected to monitoring by regulatory agencies for potential problems, even after approval.

Neal Halsey, Professor Emeritus, Johns Hopkins Bloomberg School of Public Health:
1. The statement that aluminum-containing vaccines have not been studied is false. Every vaccine that is approved by the FDA has undergone extensive safety testing and been found to be safe and effective.
2. Some vaccines do contain very small (trace) amounts of formaldehyde, which is a natural product produced by all mammalian cells. The trace amounts in some vaccines are residuals from the manufacturing process. In high concentrations, formaldehyde is toxic to cells and organisms. It is used to kill some of the organisms that are used to make vaccines and then purification removes all but a trace of the formaldehyde. The trace amounts that are left as a residual in vaccines are considered to have no additive effect to the naturally produced formaldehyde in our bodies.
3. Thimerosal is a mercury-containing preservative that is only used in some of the many different influenza vaccines that are available today. In the late 1990s and early 2000s, thimerosal was removed as a preservative from all pediatric vaccines with the exception of some influenza vaccines. Thimerosal-free influenza vaccines are available for children and pregnant women upon request in virtually all settings where these vaccines are given.
4. No vaccine that I know of contains antifreeze or propylene glycol.
5. All of us are exposed to substances that are potentially toxic when we are exposed to high concentrations for long periods of time. None of the substances in vaccines are considered to be “toxic” in the concentrations that are in vaccines.

Beate Kampmann, Professor (Pediatric Infection &amp; Immunity), London School of Hygiene and Tropical Medicine:
This video is completely and deliberately inaccurate. Basically, it is so wrong that it should just be taken off. I would not even know where to start.

There is ample information on ingredients in vaccines available – it is in every insert in the vaccine packaging – not only about what’s in the final product but also what has been used in the manufacturing process – many of which do not actually get into the end product. The video does not mention why some of these ingredients are necessary to make the vaccine work – the word adjuvant is not part of their vocabulary. The imagery they use is completely misleading, and it’s not a disease that gets made into a vaccine, by the way. The video just chooses to ignore it and completely exaggerates the harm from vaccine ingredients by either false or hugely exaggerated claims.

James D Cherry, Professor (Pediatrics), David Geffen School of Medicine, University of California Los Angeles:
There is aluminum salt present in killed vaccines, such as the present DTaP and Tdap vaccines, but it’s a very good adjuvant and it’s been in killed vaccines from the very beginning. The amount and the actual aluminum salt may vary with vaccines. The key thing is that too much aluminum would give you abscesses at the site of vaccination, but no present killed vaccine has excessive amounts. In live vaccines there’s no aluminum at all.

Propylene glycol is very safe. I’m not certain how much is in any vaccine and what vaccines it’s in. It may be in some live vaccines, but it’s perfectly safe. So it’s a non-issue.

Mercury is really interesting. Ethylmercury, which is from thimerosal, is very safe, and it degrades so that there’s no problem whatsoever. The problem is that regular mercury is very toxic. Methylmercury, which contaminates fish for example, is also toxic. But ethylmercury acts as a preservative and also as an antibacterial, so it prevents vaccines from being contaminated with bad bacteria. The confusion of roles [between ethylmercury and methylmercury] – and this happened with people who should have known better – created the push to get mercury out of vaccines. There was thimerosal in the DTP vaccine and also later when the hepatitis B vaccine came along, which we gave right at birth. Although the amount of mercury appeared to exceed the EPA level, that level is for methylmercury, not ethylmercury. Nevertheless, that prompted the move to take mercury out of vaccines, and so our present killed vaccines have no mercury in any of them, with the possible exception of multi-dose vials of some influenza vaccines.

The whole idea was wrong from the beginning. Ethylmercury is incredibly safe and we know that because back before we had antibiotics, it was given in an attempt to treat serious infections, in large doses – a thousand times bigger than what’s in any vaccine. And of course in any live vaccine, there’s no mercury whatsoever.

Vaccines are incredibly safe. The things that are blamed on vaccines – such as sudden infant death syndrome, have been proven to be false[7,8,9,10]. They are also blamed for the so-called “vaccine encephalopathy”, and that’s been proven in studies to be wrong[1,2,3,4,11,12].

The benefits arising from vaccines can be illustrated by the example of the measles vaccine, which on its own prevents approximately 500 deaths a year in the United States. All our present vaccines are incredibly effective and these claims about vaccine ingredients are wrong.

More answers by relevant experts addressing a similar claim can also be found on Metafact: “Is there strong evidence to support that any of the ingredients of vaccines are toxic in the concentrations they hold?”

“It should be emphasized to parents, patients, health care providers, and all others concerned with immunization safety, that encephalomyelitis or ADEM – or any other adverse event – that follows administration of an inactivated component or live vaccine may be temporally associated with, but is not necessarily the result of, administration of a vaccine.”

The review also states that: “For most vaccines, incidence rates [of ADEM] are as low as 0.1 to 0.2 per 100,000 vaccinated individuals” – basically a one-in-a-million chance, or about 0.0001 – 0.0002% of vaccinated people. Contrast this statistic with the incidence of measles encephalitis, which is estimated to affect 0.1% of all cases of measles infection, while death occurs in 0.2% of all cases.

Assessments of encephalitis risk after administration of various vaccines have been published and do not support a causal relationship[14,15,16].