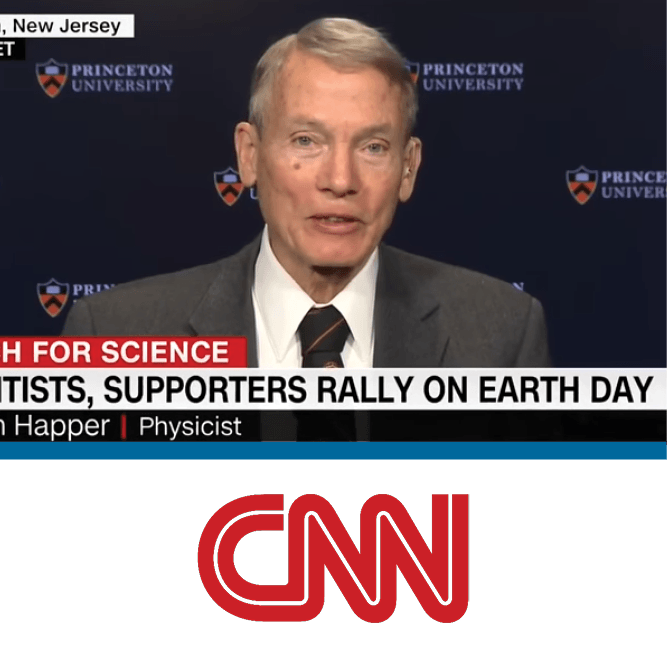 CLAIM
The temperature is not rising nearly as fast as the alarmist computer models predicted. You know, it’s much, much less, factors of 2 or 3 less.
VERDICT more about the rating framework

DETAILS
Unsupported : Observed warming since the 1970s is consistent with climate model projections, the factor of 2 or 3 mentioned by Happer is not supported by available observations.
Fails to grasp significance of observation : Comparing short-term natural variations in global temperature with average long-term trends from model simulations is not an apples-to-apples comparison.
KEY TAKE AWAY

Global surface temperatures are increasing consistent with the long-term trend projected by climate models, which are useful tools for understanding the consequences of continued greenhouse gas emissions.

FULL CLAIM: The temperature is not rising nearly as fast as the alarmist computer models predicted. You know, it’s much, much less, factors of 2 or 3 less. So the whole basis for the alarmism is not true, it’s based on flawed computer modeling.

Zeke Hausfather, Research Scientist, Berkeley Earth:
Dr. Happer’s assertion that models show 2x to 3x greater warming than observations is incorrect. At the surface (where we all live) models predict a rate of warming of 0.2°C per decade since 1970, while NASA observes warming of around 0.18°C during the same period. During this period models have been running about 10% too hot, hardly 200% to 300%. Similarly, the observations from all the different groups that measure global surface temperatures are well within the envelope of model projections:

Mat Collins, Professor, University of Exeter:
Looking over the last 50 years, for example, the models and the observations are consistent in terms of the rates of global temperature warming that we expect from human activities. Over shorter decadal periods, there are natural fluctuations in climate in the real world that are much harder to predict.

It is true that models do not provide perfect simulations of the real world climate. However, we have considerable confidence in long-term trends at the global scale. For shorter time scales and for regional scales, we still have some work to do.

Pierre Friedlingstein, Professor, University of Exeter:
Climate models are doing an excellent job reproducing the warming of the 20th century. They simulate a warming consistent with the observations and they can actually attribute the warming trend over the century to the observed increase in CO2, other greenhouse gases, and aerosols. What they have a harder time simulating in phase with observations is the natural variability—in particular the relative pause in warming that occurred in the last decade (1998-2013 or so). But again, this has very little to do with CO2 and climate change; this is mainly about decadal variability in the global ocean circulation.