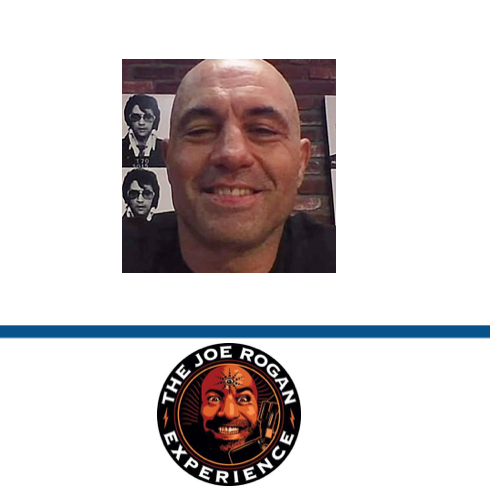 CLAIM
80% of people taking the Moderna vaccine had significant side effects; children in Sudan got polio from the polio vaccine
VERDICT more about the rating framework

DETAILS
Misleading: Side effects caused by the Moderna COVID-19 vaccine include pain in the arm, fever, and fatigue. These are mainly minor, short-lived effects that don’t cause long-term health issues.
Lacks context: The oral polio vaccine is made with a live weakened poliovirus. It doesn’t cause polio in children who receive the vaccine. However, the live virus is shed into the environment by vaccinated people and in rare cases it may cause the disease in unvaccinated people. Therefore, the solution is to ensure a high vaccination coverage, not to stop vaccinating, as suggested by the video.
KEY TAKE AWAY

The Moderna COVID-19 vaccine may cause mild and short-lived side effects such as fever, headache or fatigue. None of these effects have long-lasting consequences. Severe allergic reactions to the vaccine may occur, but these are rare and can be treated. Vaccination has been effective in eradicating polio from the vast majority of developing countries, preventing an estimated 16 million cases and 1.5 million deaths worldwide. While vaccine-derived polio cases do occur, they are very rare and can be avoided by improving sanitation and vaccine coverage in vulnerable communities.

FULL CLAIM: '80% of people taking the Moderna vaccine had significant side effects, according to Bill Gates'; 'children in Sudan were given the polio vaccine and got polio from the vaccine'

On 10 February 2021, a video was posted on the podcast channel The Joe Rogan Experience on the platform Spotify, in which commentator Joe Rogan (interviewing fellow commentator Michael Malice) made a series of statements about the side effects of the COVID-19 vaccine. Joe Rogan referred to an earlier interview he had conducted with conspiracy theorist Alex Jones. An excerpt from the 10 February 2021 video was shared on Facebook on 18 March 2021, where it surpassed 150,000 views in just a few days. This excerpt of the original video discussed the possible side effects of the COVID-19 vaccine developed by the pharmaceutical company Moderna.

Claim 1 (Misleading): “80% of people taking the Moderna vaccine had significant side effects, according to Bill Gates”

The video claimed that 80% of the people who received the Moderna COVID-19 vaccine suffered significant health effects, attributing this figure to statements made by Bill Gates during a 23 July 2020 interview for CBS.

During the interview, the interviewer remarked that at least 80% of participants experienced a systemic side effect ranging from severe chills to fevers after the second dose. When asked if these vaccines are safe, Bill Gates responded by saying that “the side effects were not severe, that is, it didn’t cause permanent health problems”, adding that “we need to make sure there are no side effects” and that the U.S. Food and Drug Administration (FDA) “will do a good job on that, despite the pressure”.

However, the video by Rogan didn’t include the part of the interview which clarified that the majority of the vaccine’s side effects weren’t severe.

According to the U.S. Centers for Disease Control and Prevention (CDC), side effects that may occur after receiving the vaccine include local reactions like pain, redness and swelling, as well as systemic side effects like tiredness, headache, muscle pain, chills, fever or nausea.

In November 2020, Moderna applied to the FDA for emergency use authorization of its vaccine, for which it previously conducted the safety and efficacy tests that are part of the Phase 3 clinical trials. These trials were conducted on a total of 30,350 participants, half of whom received the vaccine and the other half received a placebo. 25% of the trial participants were over 65 years old.

Systemic reactions that occurred were fatigue (68% of vaccinated participants), headache (63%), joint pain (45%), nausea (21%), or fever (17%). Symptoms generally disappeared within a few days after vaccination; there were only seven cases of persistent fever for more than one week. No significant vaccine-related adverse health conditions were detected during the clinical trials.

The Moderna COVID-19 vaccine has only been associated with rare cases of severe allergic reactions to the vaccine, mainly in people who had a previous history of allergies. This reaction can occur within minutes to an hour after receiving the vaccine. Symptoms of this reaction may include breathing difficulties, swelling of the face, increased heart rate or a generalized rash all over the body. This allergic reaction can lead to anaphylaxis, a medical condition that can be fatal if left untreated.

In summary, there is no evidence that the Moderna COVID-19 vaccine causes serious side effects apart from anaphylaxis, as they haven’t been detected either in clinical trials or in the millions of people who have received the vaccine to date.

Claim 2 (Lacks context): “Children in Sudan were given the polio vaccine and got polio from the vaccine”

The second half of the video discussed the effects of the polio vaccine used in several African countries, particularly in Sudan. It mentioned an article published by the Associated Press (AP) according to which the Polio vaccine causes disease in children who are vaccinated. The AP article in turn cited a statement from the World Health Organization (WHO) describing two cases of paralysis caused by polio detected in Sudan in 2020. These cases correspond to two children who were vaccinated with oral polio vaccine in 2019. The WHO report cited a total of 13 cases detected in the region that could be related to this vaccine.

Poliomyelitis is a highly contagious disease caused by poliovirus, which may result in paralysis of some body parts[2]. There are two polio vaccines available. One is the inactivated polio vaccine developed by Jonas Salk (called the inactivated vaccine, IPV or Salk vaccine), which contains the “killed” poliovirus and is injected intramuscularly. The second vaccine was developed by Albert Sabin (called the attenuated vaccine, OPV or Sabin vaccine) and contains the live weakened poliovirus[3]. The Salk vaccine confers immunity to the disease but doesn’t prevent its transmission[4].

On the other hand, the OPV contains the attenuated, weakened poliovirus, which confers immunity and prevents contagion. This vaccine is administered orally as drops and a single vial of the vaccine allows several people to be vaccinated. Although countries which already eradicated polio switched to using the Salk vaccine, the OPV is still used in countries where polio is still endemic, as it prevents the spread of the disease.

In rare cases, the weakened vaccine may cause infection in unvaccinated persons in close proximity to a person who has received the vaccine. These cases are known as “circulating vaccine-derived poliovirus” or cVDPV, and were the cause of the two outbreaks described in Sudan by the WHO report. The best strategy to prevent this is the complete vaccination of the population[5,6].

There is also the remote possibility that the OPV could cause an adverse effect in those with primary immune deficiency disease or suppressed immune response, because their immune system is unable to eliminate even the weakened virus[5]. For this reason, the WHO discourages the use of the OPV in people with such immunological diseases.

Apart from anaphylaxis, no serious health effects caused by the Moderna COVID-19 vaccine have been detected, either in clinical trial participants or in the millions of people who have received the vaccine, to date. The only related side effects are minor inconveniences (such as fever or fatigue) and short-lived, as they disappear within a few days. The OPV used in several countries in Africa and Asia has been shown to be effective in eradicating the disease. Sporadic outbreaks caused by the vaccine, which contains the weakened poliovirus, can be prevented by vaccinating the entire population.