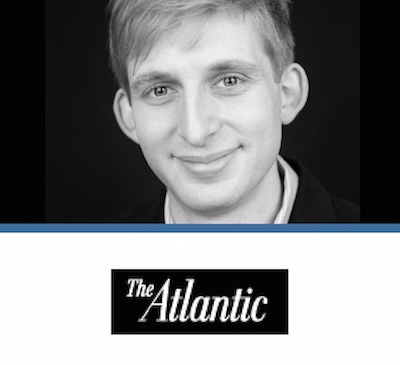 DETAILS
Correct but...: Warming sea surface temperatures provide more energy for tropical cyclones and a warmer atmosphere holds more water vapor. While rainfall do show a relationship to climate change, Hurricanes' impact are also influenced by other factors –like blocking events, vertical wind shear, urban planning…– that are not or not easily connected to climate change.
KEY TAKE AWAY

Extreme rain events, including those accompanying Tropical Cyclones, are intensifying as the world warms. However, a dedicated study would be needed to quantify how much more rain Hurricane Harvey generated due to climate change.

Andrew King, Research fellow, University of Melbourne:
This is a reasonable statement. As tropical cyclones are such complex events— the confluence of many factors coming together—it is difficult to estimate the climate change role in such events. However, it is likely that human-caused climate change has worsened aspects of this event as described later in the article.

Dan Chavas, Assistant Professor, Purdue University:
It is true that for a Harvey-like event—a storm at this location in East Texas that is nearly stationary—global warming likely increases the total rainfall. But we do not know whether global warming makes it more likely for a Harvey-like events to occur in the first place. Risk combines both of these probabilities. In combination, then, it is difficult to say whether there is a climate change effect on this type of flood risk.

A number of articles that quote scientists—or were written by scientists—have been published on this topic already. Here are some of the statements published elsewhere that explain the effect of climate change and other factors on the severity of the damage done by Harvey.

There is a simple thermodynamic relationship known as the Clausius-Clapeyron equation that tells us there is a roughly 3% increase in average atmospheric moisture content for each 0.5 °C of warming. Sea surface temperatures in the area where Harvey intensified were 0.5-1 °C warmer than current-day average temperatures, which translates to 1-1.5 °C warmer than “average” temperatures a few decades ago. That means 3-5% more moisture in the atmosphere. (Source)

Adam Sobel, Professor, Columbia University:
[T]he recurrence of 100- and 500-year floods every few years is unlikely to be entirely accidental. Though Houston developers, many state and local officials, and the occupant of the White House don’t want to hear it, it’s likely that human-induced climate change has played a role in the increasing frequency of these events. There is more water vapor in a warmer atmosphere, and many other extreme rainfall events both nationwide and worldwide (including, very nearby, the Louisiana flood of just a year ago) have been shown to be amplified as a consequence. (Source)

Andrew King, Research fellow, University of Melbourne:
While it’s hard to pin the blame for Hurricane Harvey directly on climate change, we can say this: human-caused climate change has enhanced some of the impacts of the storm. We know that climate change is enhancing extreme rainfall. As the atmosphere is getting warmer it can hold more moisture (roughly 7% more for every 1°C rise in temperature). This means that when we get the right circumstances for very extreme rainfall to occur, climate change is likely to make these events even worse than they would have been otherwise. Without a full analysis it is hard to put exact numbers on this effect, but on a basic level, wetter skies mean more intense rain. (Source)

Suzana Camargo, Professor, Columbia University and Adam Sobel, Professor, Columbia University:
Tropical cyclones are similar to other truly heavy rain events in that they are very efficient in turning that water vapor into rain. While there is much uncertainty about how tropical cyclones should change with global warming, that they should produce more rain is perhaps one of the most confident predictions of current science on this topic. The only debate is how much heavier the rains should get with each degree of warming, and to what extent this effect is already present in observed storms today. (Source)

2) On the high pressure system that kept Harvey in place

Michael Mann, Professor of Meteorology, PennState University:
[P]art of what has made Harvey such a devastating storm is the way it has stalled right near the coast, continuing to pummel Houston and surrounding regions with a seemingly endless deluge which will likely top out at nearly 4 feet of rainfall over a several days-long period before it is done.

The stalling is due to very weak prevailing winds which are failing to steer the storm off to sea, allowing it to spin around and wobble back and forth like a top with no direction. This pattern, in turn, is associated with a greatly expanded subtropical high pressure system over much of the U.S. right now, with the jet stream pushed well to the north. This pattern of subtropical expansion is predicted in model simulations of human-caused climate change. (Source)

Suzana Camargo, Professor, Columbia University and Adam Sobel, Professor, Columbia University:
In this case, one of the most important causes of the disaster is Harvey’s slow motion. That in turn is a consequence of the specific weather situation, in which the storm is caught between two high-pressure systems and the jet stream is too far away to the north to pull it away. In other words, it has just been sitting and dumping its huge quantities of rain in the same area for days, rather than spreading it out over a long track as a typical storm would.

There are some ideas in the scientific literature that suggest that global warming may make this situation more probable. However, these ideas are still speculative and not widely agreed upon by scientists. (Source)

Friederike Otto, Deputy Director Environmental Change Institute, University of Oxford:
It is very appropriate to highlight that this is the kind of event we expect to see more of in a warming world. However, to apply this argument directly and attribute (and quantify) the impacts from Harvey itself to human-induced climate change, neglects that climate change is not just about warming.

In a changing climate, two effects come together: not only does the atmosphere warm up (thermodynamic effect) but the atmospheric circulation, which determine where, when, and how weather systems develop, can change as well (dynamic effect).

Hence, while it is very likely that climate changes played a role in the intensity of the rainfall, it is far from straightforward in practice to quantify this role.

[…]If we thus want to know whether Harvey is a “harbinger” for the future of Houston, the attribution question addressing the overall likelihood of a hurricane like Harvey to occur, which includes many variables other than temperature and sea level rise that interact, needs to be answered by carefully estimating the likelihood of such hurricanes developing in a warming world as well as how much rain they bring. It is a question scientists now can answer, but it requires a dedicated study.
Furthermore, attributing the flooding and damages to climate change add more complexity. The answer does not depend on the weather alone but on the land surface, local hydrology, management, … and ultimately who and what is in harm’s way. (Source)

Tim Palmer, Professor, University of Oxford:
What has made Harvey so disastrous for Texas is the fact that it has stalled and the circulation patterns are continuously feeding moist air from the Gulf of Mexico up over Texas. So perhaps the single most important question for attributing Harvey to climate change is whether such stationary hurricanes will become more commonplace in the future.

This is a question about possible changes in circulation and hence dynamics, rather than changes in the moistness and warmth of the air per se and hence thermodynamics. Unfortunately it is not a question that can be answered with a great deal of confidence from current-generation global climate models since their spatial resolution is typically inadequate to address such regional matters with any degree of reliability. (Source)

Suzana Camargo, Professor, Columbia University and Adam Sobel, Professor, Columbia University:
[G]iven a metro area of 6.5 million people that basically sits in a paved floodplain, crossed by bayous, creeks, and rivers, and the same meteorological situation, we would be seeing a very major disaster even without any human influence on climate. But any extra rainfall due to warming just increases the human and financial toll of the disaster. (Source)

Andrew King, Research fellow, University of Melbourne:
There are other factors that are making this storm worse than others in terms of its impact. Houston is the second-fastest growing city in the US, and the fourth most populous overall. As the region’s population grows, more and more of southern Texas is being paved with impermeable surfaces. This means that when there is extreme rainfall the water takes longer to drain away, prolonging and intensifying the floods. Hurricane Harvey is likely to end up being one of the most costly disasters in US history. It is also likely that climate change and population growth in the region have worsened the effects of this major storm. (Source)