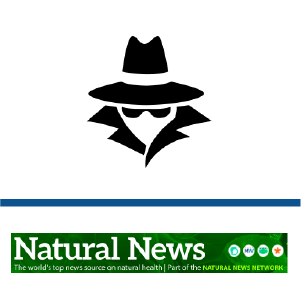 DETAILS
Overstates scientific confidence: While the single case report on successful myeloma stabilisation with oral curcumin is interesting and deserves further investigation, it is premature to suggest that curcumin will be an effective cancer cure for patients in general.
Misleading: The headline gives the impression that cancer is a single entity with a simple solution. Cancer is actually a highly heterogeneous disease, involving different organs and genetics, all of which influence therapeutic effectiveness.
KEY TAKE AWAY

Although curcumin appears to have anti-cancer activity in in vitro studies and in the case report on myeloma, these are not sufficient evidence for the claim that a daily intake of turmeric or curcumin would be an effective cancer cure. Any potential therapy must pass the numerous stages of clinical trials before it can be successfully declared a “cure”.

This article, shared more than 10,000s of times on social media, reports the findings of a 2017 case report published in the British Medical Journal[1], showing that a patient whose relapsing myeloma (a type of blood cancer) failed to respond to conventional treatment achieved disease stabilization, after starting on a daily dose of curcumin, a compound which is found in the spice turmeric.

Although the article’s report of the scientific findings are generally accurate, it overstates the scientific confidence of these results by claiming that “eating turmeric every day can reverse cancer”. Reviewers point out that the case report is essentially an anecdote comprising of only one patient. While its results are interesting and deserving of further investigation, much more research, particularly large controlled clinical trials, will need to be conducted before the medical effectiveness of turmeric against cancer is determined. As such, the headline’s claim is premature.

Another problem with the article is that it gives the misleading impression that cancer is a monolithic entity, when cancer is actually a collection of highly heterogeneous diseases which arise in different organ systems and with different underlying genetic mechanisms. What works for one cancer may not necessarily work for another.

The apparent promise of curcumin as a potential therapy for various diseases including cancer is complicated by its poor bioavailability and its interactions with other pharmaceutical compounds, as discussed in an article in Nature[2] and a letter published in the International Journal of Cancer[3].

Although curcumin is a natural compound used in cooking, very high doses of curcumin (which may be relevant for individuals consuming it as a dietary supplement) daily may result in toxicity – a study by the National Toxicology Program found increased gastrointestinal inflammation and ulcers in adult rats that were fed an average of 7,700 – 9,300 mg/kg body weight curcumin daily[4].

In summary, while curcumin has been found to have anti-cancer activity in several in vitro and in vivo studies[5,6,7,8], it is far from certain that it will work as an effective cancer cure in humans. Although this does not mean that it is futile to conduct research into its possibility, it is too early to claim that curcumin or turmeric is an effective cancer cure before such research has been done.

Jonathan Baell, Professor, Monash Institute of Pharmaceutical Sciences:
Unfortunately, this is almost completely false. Actually, almost always these claims are false. This article is worth reading in this context[2]. Perhaps that patient did undergo remission, but currently the story is just an anecdote.

Victoria Forster, Postdoctoral Fellow, The Hospital for Sick Children:
Turmeric contains a compound called curcumin, which has been used in some lab-based experiments, showing some effects on cancer cells.

However, pretty much anything will kill cancer cells in a petri dish. Cancer cells in dishes will die if they are too hot, too cold, are fed with the wrong ‘food,’ if there’s too much salt in their food, if there isn’t enough. They are very fragile already and require specialized equipment to culture in the lab to make sure they can grow. These experiments are the very first rung on a very high ladder which any potential new treatments must climb before they are approved for treatment. Most compounds which kill cancer cells in a dish fail at subsequent steps and never make it into patients for a number of reasons. These include the fact that cells in a dish do not have an immune system, which influences the response to most drugs, nor a liver which affects how many drugs are processed and cleared from the body. Cancer cell lines also have the genetics of the single tumor and patient they were taken from, meaning they are often not representative of most tumors, which can be different for every person with cancer.

The BMJ case report of the patient with myeloma who appears to have had her disease stabilize after taking turmeric[1] is certainly intriguing and as the case report authors note, this approach warrants testing in a controlled environment in clinical trials to really find out what role, if any, the turmeric has had on controlling this woman’s disease. It is very difficult to work out from a single patient whether the turmeric is really having an effect and if so, whether this will also work on other patients with the same cancer. It is important to note, however, if turmeric is shown to be effective in controlling myeloma, there is no reason to believe it will be effective in any other type of cancer, so the headline here is misleading.

Although turmeric appears to be safe at the levels normally consumed in foods, there is also some evidence that turmeric can be toxic to the liver in the high doses taken in supplements and is likely to interact with some other medications that people may be on.

To summarize, curcumin is at the very, very start of its evaluation as a possible cancer treatment and it is simply too early to say whether it might be useful or not. People recommending turmeric as a cancer treatment now is equivalent to saying that a child who has just finished the first day of kindergarten is ready to start working as a doctor. That child might well become a doctor someday, but statistically it is unlikely and if they do, there are a lot of hurdles and tests to overcome first before they can prove they are competent and qualified.

We addressed a similar claim about a “complete cancer cure” published in the Jerusalem Post in Jan. 2019, which was likewise found to be unsubstantiated. In another article, we analysed the dissemination of this claim and discussed the factors behind their spread.