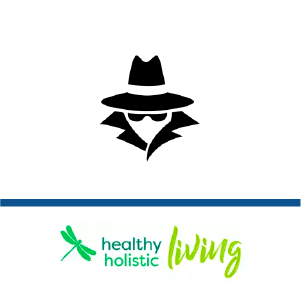 DETAILS
Overstates scientific confidence: Ginger has some beneficial medical effects, such as reducing nausea and vomiting in patients undergoing chemotherapy, but the claim that ginger is more effective at killing cancer than chemotherapy is not supported by any study.
KEY TAKE AWAY

Ginger has some beneficial medical effects, such as reducing nausea and vomiting in patients undergoing chemotherapy, but the claim that ginger is more effective at killing cancer than chemotherapy is not supported by any study.

This Feature Remedies article was published in end-August 2019 and claims that “ginger is 10,000x more effective at killing cancer than chemo”. The source for this news is stated to be Health Holistic Living, although this source does not appear to be available anymore. Despite only having about a month to circulate, the Feature Remedies article managed to reach more than 800,000 shares and was trending on Facebook by September 2019.

This claim is based on a study by Georgia State University researchers, published in the British Journal of Nutrition in 2012, titled “Benefits of whole ginger extract in prostate cancer”[3]. Reviewers explained that this study was performed using a variety of prostate cancer cells growing in petri dishes, as well as mice implanted with these cancer cells. The study reported reduced growth in prostate cancer cells treated with whole ginger extract compared to untreated cells. It also found reduced tumor growth in mice by approximately 56%, although this is not the same thing as “[shrinking] prostate tumors in mice by 56%”, as reported by the article. (A slower growth rate does not mean that tumor size shrinks.) While the study’s results are promising, reviewers cautioned that the complexity of the human body, as well as the potential differences in pharmacology between mice and humans, mean that the findings do not conclusively predict results in cancer patients. Further, the study did not compare ginger-treated groups with chemotherapy-treated groups, therefore the claim that ginger is “10,000x more effective than chemo” is baseless.

The publication by Karna et al. on which the Facebook article claims to be based on describes a sound study on the in vitro and in vivo effects of ginger extract on human prostate cancer cells, with the caveat that the in vivo study used a single human prostate cancer cell line implanted into immune-deficient mice. Although this is a commonly used approach, the mouse model used has the shortcomings that it does not take into account the heterogeneity of a human prostate tumor nor the tumor microenvironment that evolves as the original malignant cell progresses to become an invasive tumor in human beings. Both factors could impact the effectiveness of oral ginger extract as an anticancer agent. In addition, the pharmacokinetics and metabolism of the ginger extract will likely be different in human beings.

Importantly, at no point does the study by Karna et al. compare the effectiveness of ginger extract with that of conventional chemotherapeutic agents. As far as I know, there is no sound scientific evidence for the Facebook article’s claim that “ginger is 10,000x more effective at killing cancer than chemo”. In fact, comparing the 6 microgram/mL IC50 for cisplatin treatment of PC3 cell cultures, as determined by Kondo et al.[4], with 250 microgram/mL for the IC50 of ginger extract treatment of PC3 cell cultures noted in the Karna study, it is clear that ginger extract is a substantially less effective inhibitor of PC3 prostate cancer cell growth than chemotherapeutic cisplatin. [The IC50, or half maximal inhibitory concentration, is the drug concentration at which growth (of cancer cells in this case) is reduced by 50%. This is a common measure of drug potency. The lower the IC50, the more potent a drug.]

Moreover, while it is true that ginger is currently used to control cancer treatment-related nausea and the extract used in the Karna study did not seem to harm non-malignant cells or the treated animals, it is dangerous to assume that prolonged consumption of large quantities of ginger extract needed to suppress tumor growth, based on the results from the mouse model, would not have any adverse effects in human beings. For example, green tea is a commonly consumed beverage but consumption of very high doses of green tea extract has been linked to potentially fatal liver toxicity.

Additional contributors: Megan Crichton, PhD Student at Bond University; Anna Lohning, Assistant Professor at the Faculty of Health Sciences & Medicine, Bond University; Wolfgang Marx, Postdoctoral Research Fellow at Deakin University. Names are listed in alphabetical order of last names.
[The following is a joint comment by the scientists listed above]
The study by Karna et al. used isolated prostate cancer cells and mice to find that ginger had anti-prostate cancer effects. This study did not compare ginger intake with chemotherapy treatment and did not conclude or provide sufficient data to make the inference that “ginger is 10,000x more effective at killing cancer than chemo”. Bold conclusions like this cannot be reliably made based on one study, especially as Karna et al. state they are the first to find anti-prostate cancer effects in ginger. Furthermore, as this is a lab-based study that did not involve human subjects, direct comparisons cannot yet be made to humans.

We also reviewed other claims related to cancer cures, which were found to be unsupported: