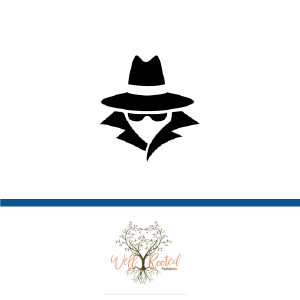 Erythromycin eye ointment is used on newborns to prevent a form of ophthalmia neonatorum (ON), or conjunctivitis in infants, caused by the bacterium Neisseria gonorrheae. ON is an important cause of blindness in infancy. Apart from the use of erythromycin eye ointment, prenatal care and screening for sexually transmitted diseases are also important steps that can help to prevent this disease.

FULL CLAIM: If a mother doesn’t have gonorrhea or chlamydia, erythromycin ointment is “basically pointless and nonbeneficial with potential of dangerous side effects…”; “Risks of erythromycin: eye irritation, CLOGGED TEAR DUCTS, prevents oxygen from getting to baby's eyes, JAUNDICE, chemical conjunctivitis (pink eye), blurred vision that may interfere with bonding (super important in the first moments/hours), contributes to the development of antibiotic-resistant bacteria, has a 20% failure rate, possibility of allergic reaction.”

Facebook posts appearing in October 2021 claimed that eye ointment containing an antibiotic called erythromycin, which is routinely given to newborns to prevent “pink eye” (prophylaxis), comes with many “dangerous side effects”. These posts enumerated many issues the posts deemed to be caused by this routine practice, and contrasted it with just a single risk associated with not taking the treatment (see examples of such posts here and here).

While the posts contain some accurate information, much of it frames the balance in risk and benefit from eye prophylaxis with erythromycin in a potentially misleading manner, as it can be interpreted by some to mean that the risks greatly outweigh the benefits, without exception. This review will examine the key assumptions made in the posts and provide additional context to help readers better understand the factors that influence the risks posed by ON.

Preventative measure against an infection that could lead to blindness

Ophthalmia neonatorum (ON), colloquially known as “pink eye”, is conjunctivitis that occurs within the first 28 days of life. This condition can result from an eye infection by different types of microorganisms, but historically, one of the most important is considered to be the bacterium Neisseria gonorrheae, as it can cause corneal scarring and blindness as early as 24 hours after birth. Another important cause of ON is Chlamydia trachomatis, although erythromycin isn’t an effective prophylactic against this microorganism. Both N. gonorrhea and C. trachomatis are sexually transmitted diseases (STDs); ON caused by these two microorganisms don’t occur if the mother isn’t infected.

The practice of using a preventative measure against ON started in the 1800s with a German physician named Carl Credé, who used a solution of silver nitrate to disinfect the eyes of newborns[1]. During that period, ON was the principal cause of blindness in infants. Before the practice was introduced, the incidence of ON at the hospital that Credé worked in was 13.6%; it fell to 0.15% in the first 1,160 infants treated by him with this method[2]. Nowadays, the silver nitrate solution has been replaced with the erythromycin eye ointment in developed countries like the U.S and most states in the U.S. made this practice mandatory by law[3].

In 2011, the U.S. Preventive Services Task Force (USPSTF) recommended eye prophylaxis to prevent gonorrheal ON for all newborns after reviewing the scientific evidence. This decision was reaffirmed in 2019, following a review of new evidence, in which the USPSTF concluded that the “net benefit of ocular prophylaxis continues to be well established” and that it found “convincing evidence that ocular prophylaxis of newborns with 0.5% erythromycin ophthalmic ointment is not associated with serious harms”.

Health Feedback reached out to the American Academy of Pediatrics via email, which directed us to their published policy statements and scientific publications. In a clinical report published in February 2022, the academy stated that it “has taken the position that the need for legal mandates for ocular prophylaxis should be reexamined”. Instead the academy advocates “for states to adopt strategies to prevent ophthalmia neonatorum, such as compliance with CDC recommendations for prenatal screening and treatment of N. gonorrheae and Chlamydia trachomatis.”

The same clinical report explained that:

“Ocular prophylaxis is effective for treating some causes of ophthalmia neonatorum, particularly in high-risk situations, such as limited prenatal testing for causative organisms in high-risk populations and in areas with high endemicity. Adequate prenatal testing significantly reduces the risk of ophthalmia neonatorum. Deferral of ocular prophylaxis may be considered in low-risk situations but may be impacted by state legislation.”

Similarly, the USPSTF acknowledged in its 2019 reaffirmation that “Another area for research is whether risk-based prophylaxis of newborns, based on maternal risk factors, is as effective as universal prophylaxis”. Maternal risk factors for gonorrhea include having new or multiple sex partners and engaging in sex work. This suggests that the USPSTF considers it important to gather evidence to determine whether targeting only high-risk groups with the preventative would be as effective at preventing gonorrheal ON as the current practice of applying it on all newborns. If such evidence becomes available later, it’s possible that it could lead to a change in future practice in the U.S.

Several countries no longer practice universal prophylaxis, such as the U.K., Denmark, and Sweden[4]. In addition, the Canadian Paediatric Society updated its recommendation on eye prophylaxis in 2015, stating that “it is questionable whether universal ocular prophylaxis for neonatal gonococcal ophthalmia remains an effective option in Canada”. The society cited various factors supporting its recommendation, such as the decline in rates of neonatal ophthalmia caused by N. gonorrheae and C. trachomatis in North America, a rising incidence of antibiotic resistance in N. gonorrheae, and the availability of effective therapies should ON develop.

But the society also noted that universal eye prophylaxis remains important in certain contexts: “In areas of the world where prenatal screening and treatment are not available and prevalence of gonococcal infections is high, vision loss from neonatal gonococcal ophthalmia continues to occur and ocular prophylaxis with silver nitrate continues to be an important and cost-effective intervention”.

In general, ON poses low risks with adequate prenatal care, but disparities in care mean that certain populations are at a higher risk

The posts claimed that “Most expecting mothers are tested at their first prenatal appointment for either of the aforementioned STDs”, suggesting that this would reduce the risk of ON. This is true; screening allows early detection and treatment of STDs, thereby reducing a newborn’s risk of exposure to the causative microorganisms of ON.

However, it’s also important to consider that, according to the U.S. National Vital Statistics System, more than 20% of pregnant women who gave birth in the U.S. in 2020 didn’t receive prenatal care in the first trimester, and 6.2% received late or no prenatal care at all. As there were more than 3.6 million births registered in the U.S. in 2020, 6.2% amounts to more than 220,000 women who could potentially miss an early STD diagnosis.

In summary, the availability of prenatal care and STD screening have reduced the risk of ON caused by N. gonorrheae in developed countries. Consequently, people have questioned the need to administer universal eye prophylaxis in these countries. Professional associations, such as the American Academy of Pediatrics and the Canadian Paediatric Society, consider that legal mandates for the practice should be reexamined, in light of the changes in the incidence of ON and the availability of effective treatments. However, neither organization cited serious health risks associated with erythromycin eye prophylaxis as a reason to cease its use, and the USPSTF currently considers the overall benefits of this preventative measure to outweigh the risks.