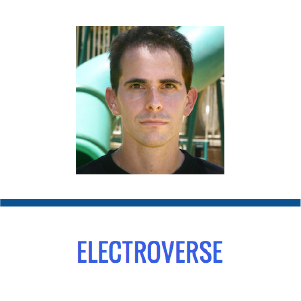 CLAIM
Based on the increase of solar activity during the twentieth century, it should account for between half to two-thirds of all climate change
VERDICT more about the rating framework

DETAILS
Misleading: Evidence shows that solar activity can explain very little of the observed warming since the Industrial Revolution.
Inadequate support: The claim that cosmic rays are a "crucial player" for the climate is not representative of published research on the topic.
KEY TAKE AWAY

It is clear from many lines of evidence that human activities—not solar activity—are responsible for modern climate change.

FULL CLAIM: 'Based on the increase of solar activity during the twentieth century, it should account for between half to two-thirds of all climate change'[...] Both Galactic and Solar Cosmic rays hitting Earth’s atmosphere create aerosols which, in turn, seed clouds (Svensmark et al) — making them a crucial player in earth’s weather and climate.

The article mentions cosmic rays, claiming that changes in cosmic ray nucleation of clouds (via solar activity) can explain most of modern global warming. The effect of cosmic rays has been studied extensively1,2, leading to the conclusion that cosmic rays have not correlated with global cloud cover or temperature. Pierce and Adams conclude that

“It is concluded that the observational results presented, showing several years of disconnect between Galactic Cosmic Rays and lower-troposphere global cloudiness, add additional concern to the cosmic ray–cloud connection hypothesis.”

An experiment at CERN that directly tested the ability of cosmic rays to nucleate cloud droplets found that “variations in cosmic ray intensity do not appreciably affect climate through nucleation in the present-day atmosphere.”3

The 2013 IPCC report summarized research on this topic when it stated, “Cosmic rays enhance new particle formation in the free troposphere, but the effect on the concentration of cloud condensation nuclei is too weak to have any detectable climatic influence during a solar cycle or over the last century.”4

The scientists’ comments below explain that besides this cosmic ray hypothesis, the solar radiative forcing fluctuations are also insufficient to explain climate changes over the past decades—in contrast to the radiative forcing due to the increased greenhouse gases released by human activities, which matches the magnitude of the observed warming.