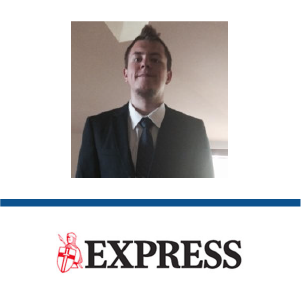 DETAILS
Flawed reasoning: Human-caused CO2 emissions can enhance plant growth and increase absorption of atmospheric CO2 that causes global warming, thus acting as a negative feedback. This negative feedback can reduce the amount of global warming, but has not cooled the planet as claimed in this headline.
Misrepresents source: The review paper the claim is based on does not show that CO2 has “cooled the planet”, but that CO2 absorption by plants leads to a smaller global temperature increase than would otherwise occur.
KEY TAKE AWAY

Human-caused CO2 emissions are responsible for approximately 100% of the global warming trend observed since 1950. Although enhanced plant growth absorbs some of the CO2 emitted by human activities, reducing the amount of global warming that can occur, this negative feedback has not caused warming to slow in recent years.

FULL CLAIM: Global warming slowing down? 'Ironic' study finds more CO2 has slightly cooled the planet[...] The process, known as evapotranspiration, occurs when plants consume the heat-trapping greenhouse gas and release water. Much like humans sweating on a hot day, evapotranspiration can have a cooling effect on the air. In other words, with more carbon dioxide feeding plant growth, the planet is slightly cooler than otherwise expected.

The claim, which appeared as the headline of an article published by Express in February 2020, uses flawed reasoning to argue that the rate of global warming has slowed because plants absorbed CO2 emitted by human activities in some regions around the world. Global land and ocean temperatures continue to rapidly increase, contrary to the article headline of a change in the rate of warming (see figure below).

The article misrepresents findings of the review paper it is based on. The paper describes how CO2 uptake by plants acts as a negative feedback, reducing the potential rate of warming by removing some CO2 from the atmosphere[1,2]. Increased plant growth can also reduce local land surface temperatures in some regions where the cooling effects of evapotranspiration outweigh the warming effects of greener canopies reflecting less sunlight back to space. As described in Piao et al (2019), “In warm regions such as the tropics and subtropics, evaporative cooling effects are generally larger than albedo warming effects, leading to a net cooling effect when vegetation greenness increases.”[1] In other regions, albedo warming effects outweigh evaporative cooling, increasing local land surface temperatures[1,3,4].

According to the article, Jarle Bjerke of the Norwegian Institute for Nature Research explained: “It is ironic that the very same carbon emissions responsible for harmful changes to climate are also fertilising plant growth which in turn is somewhat moderating global warming.” Although this negative feedback has lessened the temperature increase of global warming caused by anthropogenic CO2 emissions (“somewhat moderating global warming”), it has not “cooled the planet” or caused a recent reversal in temperature trend, as claimed in the article’s headline. While the headline of the Express article is wrong in claiming this feedback cools the planet, the body of the article gets it right when saying “with more carbon dioxide feeding plant growth, the planet is slightly cooler than otherwise expected.” This is not a new discovery, but a long-understood function of the Earth’s carbon cycle—a portion of the CO2 we emit is absorbed by land plants and by the ocean rather than accumulating in the atmosphere. Finally, greening effects of anthropogenic CO2 are expected to weaken or disappear over time with continued global warming[1,3].

UPDATE (27 April 2020): After this post was published, the headline of the article in Express was corrected. The body of the Express article was also edited to clarify that the planet is not cooling. Specifically, the author clarified that the greening trends caused by CO2 emissions are only observed in certain parts of the world, such as the tropics and sub-tropics. He added the following sentences, “Although the effect has not cooled the planet, the planet is slightly cooler than otherwise expected,” and “Unfortunately, the overall effects of CO2 emissions are overwhelmingly contributing to the planet’s rising temperatures.” Finally, he clarified that greening trends are expected to decline over time by adding, “In time, however, the positive effects of CO2 are expected to weaken in the face of human-led global warming.”