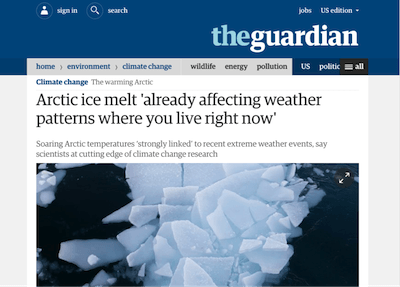 DETAILS
Correct : The theory that Arctic warming is already influencing mid-latitude weather via a weakening of the jet stream is consistent with available data and has not been disproven.
Overstates scientific confidence : The hypothesis is still being investigated and there remains genuine scientific uncertainty about it.
KEY TAKE AWAY

The faster rate of warming in the Arctic has the potential to influence weather in the mid-latitudes, but links to specific weather patterns are still topics of active research.

FULL CLAIM: The jet stream forms a boundary between the cold north and the warmer south, but the lower temperature difference means the winds are now weaker. This means the jet stream meanders more, with big loops bringing warm air to the frozen north and cold air into warmer southern climes.

Daniel Swain, Researcher, UCLA, and Research Fellow, National Center for Atmospheric Research:
The statement regarding what the jet stream is (a “boundary between cold north and warmer south”) is essentially correct, and there is indeed evidence that the north-south temperature difference has decreased in some regions.[1] But there remains considerable scientific uncertainty regarding whether the jet stream is actually “meandering more” in a general sense, and whether these large jet stream meanders are actually caused by sea ice loss.[2-3]

1. Francis and Skific (2015) Evidence for a wavier jet stream in response to rapid Arctic warming, Environmental Research Letters
2. Barnes and Screen (2015) The impact of Arctic warming on the midlatitude jet‐stream: Can it? Has it? Will it?, Wiley Interdisciplinary Reviews: Climate Change
3. Screen and Simmonds (2013) Exploring links between Arctic amplification and mid-latitude weather, Geophysical Research Letters

Stephen Vavrus, Senior Scientist, University of Wisconsin-Madison:
The first sentence is grounded in solid meteorology, since the strength of westerly winds aloft is basically proportional to the north-south temperature difference. The second sentence is also supported by evidence, although not quite as solidly. The sinuosity of the upper-level westerlies generally does vary inversely with the wind speed, but there are exceptions. When the jet stream meanders a lot, then warm air is brought northward and cold air spills southward.

Share The Facts
Damian Carrington
Head of environment at the Guardian 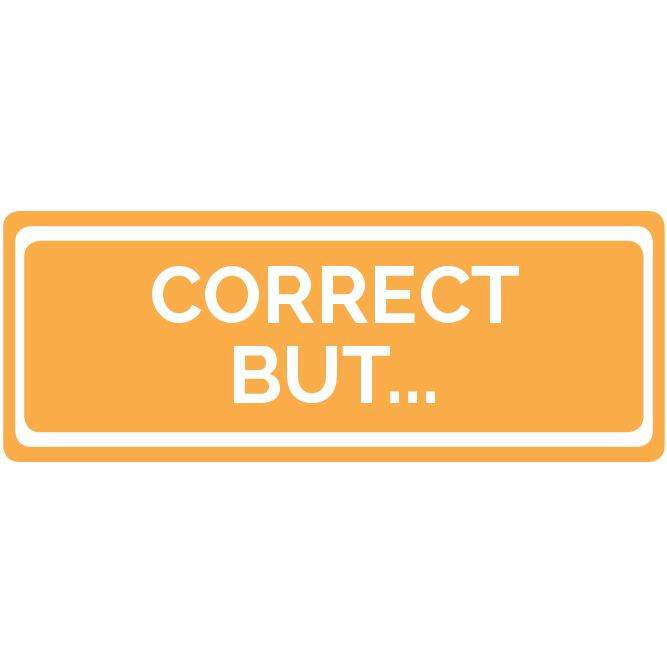