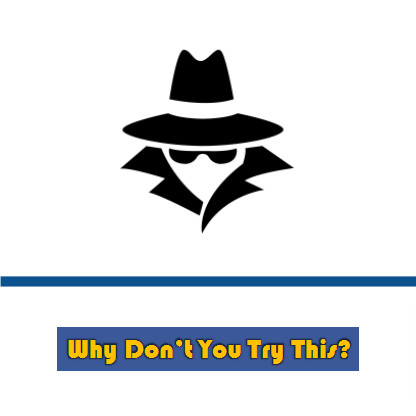 DETAILS
Misleading: The context provided in the article could suggest that the study investigated the ability of the chemical diallyl sulfide, which is found in garlic, to prevent or combat infection in humans by the foodborne pathogen Campylobacter jejuni. In fact, the study only tested the chemical’s ability to kill this bacterium in Petri dishes.
Imprecise: To state that garlic was 100-times more “effective” leads the reader to believe that garlic killed bacteria 100-times faster or killed 100-times more bacteria than antibiotics. In reality, “100-times” refers only to the concentration of the garlic chemical tested compared with the concentration of antibiotics.
Overstates the scientific impact of a finding: The study the claim refers to did not use garlic as the title of the article suggests. Rather, it used 98 percent pure diallyl sulfide, a chemical with antimicrobial properties found in garlic.
KEY TAKE AWAY

Diallyl sulfide, a chemical found in garlic and other Allium plant species, eliminated the cells of a bacterium known to cause foodborne illness hours faster than two common antibiotics, despite its concentration being more than 100 times lower than the concentrations of the antibiotics. However, these tests were only performed in vitro, so more research would be needed before concluding that the chemical could be applied clinically.

The article making this claim was published in 2014, but it went viral in December 2019, receiving more than 41,000 interactions on Facebook to date. It states, “Garlic Proven 100 Times More Effective Than Antibiotics,” referring to a study published in 2012 by researchers from Washington State University[1].

In the study, researchers compared the effectiveness of two common antibiotics and a chemical found in some species of Allium plants, like garlic and onions, to kill the bacterium Campylobacter jejuni in an environmental setting[1]. According to the U.S. Centers for Disease Control and Prevention, C. jejuni is a foodborne pathogen that can cause infection when ingested and is the most common bacterial cause of diarrheal illness in the United States.

The chemical, diallyl sulfide, eliminated two strains of C. jejuni cells grown in Petri dishes faster than either of the antibiotics, but to claim it was 100 times more effective misrepresents the findings. Rather, at a concentration more than 100 times lower than the concentrations of antibiotics, diallyl sulfide eliminated C. jejuni cells hours faster than either antibiotic, especially when the cells were protected by a biofilm. The study did not investigate whether diallyl sulfide could be used in a clinical setting to prevent or treat infection.

“This work…shows that this compound has the potential to reduce disease-causing bacteria in the environment and in our food supply,” said Xiaonan Lu, lead author of the paper, in a press release from the author’s institution.

The antibiotics tested, ciprofloxacin and erythromycin, are commonly used to treat C. jejuni. However, this bacterium is known to produce a biofilm, a thick protective layer surrounding groups of cells which prevents antibiotics from reaching and killing the cells[2]. This antibiotic resistance has led researchers to investigate alternative treatments, like the chemicals found in Allium plant species, including garlic.

Since the 2012 study, several others have investigated how chemicals found in garlic affect bacteria. In vitro tests have garnered similar results: for example, allicin, the precursor to diallyl sulfide, was shown to be effective against Campylobacter strains[3], including C. jejuni, and biofilms[4]. As chickens are a major source of Campylobacter infection in the developed world[2], there is also interest in using garlic extracts to prevent avian Campylobacter colonization. However, a study examining the effect of allicin in the drinking water of chickens did not show an effect on the formation of C. jejuni bacteria in their intestines[5]. This indicates that more research is needed before the chemical can be applied clinically.

The article also makes several other claims about garlic that are unrelated to the study’s findings, including that it “is one of the reasons people who eat the Mediterranean diet live such long healthy lives,” that “garlic increases the overall antioxidant levels of the body,” that it is able “to fight off viruses,” and that “from the Middle Ages on, garlic has been used to treat wounds… to inhibit the spread of infection.”

Such claims are not fully supported by the scientific literature. First of all, while studies have shown that the Mediterranean diet does increase longevity[6], these studies do not point to garlic as the causal reason. Second, while many studies have shown that certain substances in garlic have antioxidant properties[7,8], most of this work has been performed in cell cultures and animal models, and such properties have yet to be validated in humans. Third, the few studies investigating whether garlic has antiviral properties have been inconclusive[9]. And finally, while garlic extracts have historically been used to treat wounds, only a few studies have investigated their effectiveness[10].