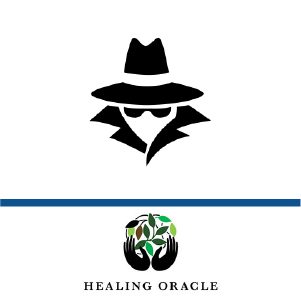 DETAILS
Inaccurate: Cancer cells are not fungal cells. Many other assertions in the article, including the statement that sodium bicarbonate cures cancer, are not supported by scientific evidence.
KEY TAKE AWAY

Scientific evidence shows that cancer cells possess genetic mutations that cause them to grow abnormally. These cells originate from the patient themselves, not from any microorganisms found in the body. Certain fungi such as Candida albicans live harmlessly and naturally on or inside the human body. Although Candida can cause infections, typically in immunocompromised individuals, the cells themselves are not cancerous.

FULL CLAIM: Cancer is Candida/Fungus and can be cured

The article containing this claim was published in March 2019 but recently went viral on Facebook, receiving more than 1 million views and 60,000 shares over the past three months. It claims that “cancer is Candida/fungus and can be cured”. Similar or identical claims have been published on numerous other “alternative medicine” websites.

The claim originates from Tullio Simoncini, a former physician who was struck off Italy’s medical register and convicted of manslaughter after attempting to treat a patient’s brain tumor with sodium bicarbonate (baking soda), which ultimately resulted in the patient’s death. According to the American Cancer Society, “Some people with cancer have other health conditions for which sodium bicarbonate is used. But … there is no evidence that sodium bicarbonate has caused their tumors to shrink.” Sodium bicarbonate has demonstrated no clinical efficacy against cancer in humans.

The statement that cancer cells are actually cells of the Candida fungus or another type of fungus is false. Cancer results from genetic mutations, or occasionally inherited genetic anomalies, within the body’s own cells that lead to uncontrolled cell growth[1]. Scientists can easily distinguish between human and fungal cells in many ways, for example by examining the cells’ physical characteristics using microscopy, as well as by sequencing their genomes.

Candida albicans is the most common Candida species colonizing the human body and a significant member of the skin and gastrointestinal microbiota[2,3,4]. This species is present in approximately 30 – 70% of healthy people at any given time[3]. C. albicans does not typically cause problems in colonized individuals, although an overgrowth can result in superficial, localized infections such as thrush and vulvovaginal candidiasis—commonly known as a yeast infection—in otherwise healthy people[5].

Patients with weakened immune systems, such as those with cancer[6] or AIDS[7], can suffer more serious and potentially lethal infections called systemic candidiasis. Crude mortality rates for systemic candidiasis is relatively high, ranging between 30 – 40%[8,9,10,11].

The claim article further states that both cancer cells and Candida cells are white and that this proves that cancer is a Candida fungus. Colonies of C. albicans cells can indeed appear white in color, and on rare occasions, gray. Yet the article’s assertion that “cancer cells are white” is false. The cells of the human body, including cancer cells, are typically colorless and transparent, with few exceptions such as red blood cells.

Some fungal species, although not Candida, have been found to produce carcinogenic mycotoxins, such as aflatoxins. However, aflatoxins are only produced by Aspergillus fungi, which belong to a different genus from C. albicans. The only toxin C. albicans has been definitively shown to produce is candidalysin[12,13]. Although candidalysin is a crucial component for initiating infection, it is not a known carcinogen.