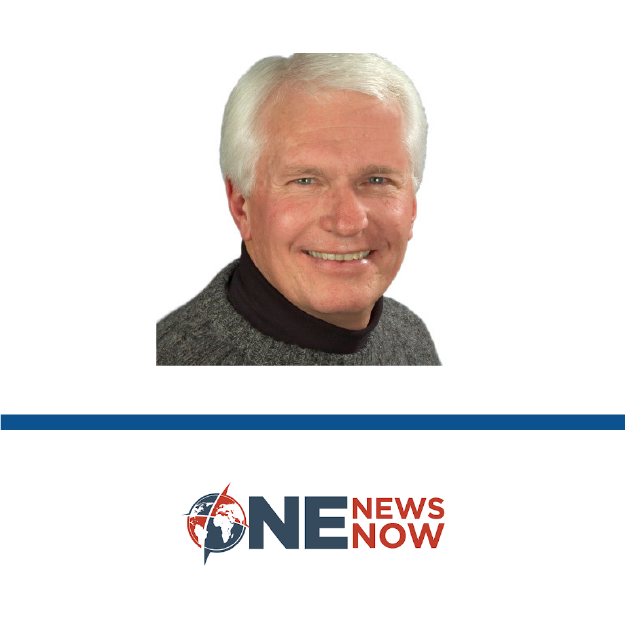 DETAILS
Overstates scientific confidence: The claim that chloroquine is a cure against SARS-CoV-2 is based on an in vitro study published in 2005 on SARS-CoV-1. It is impossible to infer that a drug will work as a COVID-19 cure in a living person from an in vitro cell culture study on a different virus, even one as closely related to SARS-CoV-2 as SARS-CoV-1.
Factually Inaccurate: There is no indication that the 2005 research paper was requested, conducted, or funded by the NIH. Rather, the authors were affiliated with the U.S. CDC and a Canadian research institute.
KEY TAKE AWAY

Developing or repurposing drugs is a long, stepwise process with a low chance of success. In vitro studies are the first step in that process. Given the high rate of failure, it is impossible to conclude from positive in vitro studies that a drug will be efficient at treating a living person. The 2005 study cited in these articles was actually a Canada-funded study, which revealed an effect of chloroquine on SARS-CoV-1 infection in cell cultures. Contrary to what the articles suggest, the study was not conducted or funded by the NIH. Although SARS-CoV-1 shares some similarities with the current SARS-CoV-2, an in vitro study of the former does not provide sufficient evidence to conclude that it will effectively treat COVID-19.

FULL CLAIM: the NIH researched chloroquine and concluded that it was effective at stopping the SARS coronavirus in its tracks … Dr. Fauci has known for 15 years that chloroquine and its even milder derivative hydroxychloroquine (HCQ) will not only treat a current case of coronavirus (“therapeutic”) but prevent future cases (“prophylactic”)

Several outlets claimed that Anthony Fauci, who has served as director of the U.S. National Institute of Allergy and Infectious Diseases (NIAID) since 1984 and is also a member of the White House Coronavirus Task Force, knew for 15 years that chloroquine would work on coronaviruses, and by extension COVID-19 (see examples of these articles here, here, and here). This claim is primarily based on an in vitro scientific study published in 2005, which examined how well chloroquine protected cells growing in petri dishes (cell culture) against SARS-CoV-1 infection[1]. SARS-CoV-1 is the virus responsible for the 2003-2005 SARS outbreak. These outlets also further assert that the study was published by the U.S. National Institutes of Health (NIH). These articles have gone viral on Facebook (see here, here, and here).

These claims are inaccurate and misleading. First, the description of the 2005 study’s findings is highly exaggerated, because it overlooks the differences between in vitro and in vivo studies, as well as between SARS-CoV-1 and SARS-CoV-2.

A fundamental limitation of the study is that it was performed purely in vitro. The researchers examined the behavior of SARS-CoV-1 in the presence of chloroquine in cell lines cultured in flasks or Petri dishes. In other words, the study did not examine the effects in vivo, or in organisms, whether humans or other animals. In vitro studies for drug discovery are extremely useful because they are a rapid and flexible way to screen compounds and to understand viral mechanisms of infection and propagation. In vitro studies are thus favored as an initial approach by researchers. However, they do not represent the complexity of a whole organism. Therefore, a study demonstrating a therapeutic effect of a drug in vitro does not demonstrate its effects in vivo. It merely suggests that a molecule is a candidate for further investigation, ideally by testing in humans or other animals.

However, even if a potential drug makes it to human clinical trials, the probability of failure remains high. A recent study estimated that the rate of a potential drug moving successfully from Phase I (the first stage of clinical trials) to approval (the final stage) is only 6.9%[2]. Chloroquine has already been approved for use against malaria and some autoimmune disorders. However, the chances of successful drug repurposing for treatment of another disease are as low as 33%, according to an article published in Drug Discovery Today[3]. Several unsuccessful attempts have already been made to repurpose chloroquine for treatment of other viral infections[4]. It failed at the in vivo stage against Ebola and the flu[5,6,7], and failed at the clinical stage against chikungunya[8]. In short, one should not jump to the conclusion that chloroquine is an effective drug against COVID-19 just because it has proven effective in vitro or even in animals other than humans.

It is also important to note that the 2005 research paper focused on the effects of chloroquine on SARS-CoV-1, not SARS-CoV-2[1] . The posts acknowledge this fact, yet nonetheless strongly suggest that chloroquine is effective against SARS-CoV-2 infections by stating that chloroquine is effective against “coronaviruses” as a whole. OneNewsNow states that “it’s a wonder drug for coronavirus” and highlights the genomic and semantic similarities between SARS-CoV-1 and SARS-CoV-2, ultimately using these false comparisons to conclude in its headline “nobody needed to die”. The two viruses are both categorized as coronaviruses because they share many similarities, including the use of the human protein ACE2 to invade human cells[9]. It is therefore not impossible that chloroquine might act on SARS-CoV-2 similar to the way it acts on SARS-CoV-1 at least in vitro.

In fact, a recent paper reported that chloroquine indeed carries an antiviral effect against SARS-CoV-2 in vitro[10]. However, SARS-CoV-1 and SARS-CoV-2 are far from identical, sharing only 79% of the same nucleotide sequence in their genomes[11]. In comparison, the closest known genetic “relative” to SARS-CoV-2 is the bat coronavirus RaTG13, which shares 96% amino acid sequence identity[12].

According to evolutionary virologists, even a genome sequence identity as high as 96% between these two viruses means that they diverged from their most recent common ancestor an estimated 30 to 70 years ago. As shown in this phylogenetic tree from a Twitter thread by Trevor Bedford, virologist at the Fred Hutchinson Cancer Research Center and professor at the University of Washington, SARS-CoV-1 is even more distantly related to SARS-CoV-2 in evolutionary terms. In other words, SARS-CoV-1 and SARS-CoV-2 must have diverged much longer ago compared to RaTG13, and are likely to have evolved in different ways.

Some of these evolutionary differences may account for distinctions in biological behavior and pathogenicity. For instance, both viruses express the S protein which binds to the viral receptor ACE2 located on human cells. However, the S proteins of both viruses differ in important ways. SARS-CoV-2 presents a totally different set of key amino acids[13] and possesses a furin-like cleavage site that the SARS-CoV-1 S protein does not have[14]. It is thought that this furin-like cleavage site may enable SARS-CoV-2 to easily infect a wider range of host cells compared to SARS-CoV-1. Altogether, this shows that SARS-CoV-1 and SARS-CoV-2, despite belonging to the same family of coronaviruses (the b lineage of betacoronaviruses), are far from identical. It is thus exaggerated to claim that chloroquine is “a proven treatment for [all] coronaviruses” solely based on the 2005 in vitro SARS-CoV-1 study.

While currently available in vitro studies of chloroquine and SARS-CoV-1 or SARS-CoV-2 cannot allow us to draw conclusions about the drug’s efficacy against COVID-19 in humans, many clinical trials with chloroquine and/or hydroxychloroquine are now underway. Recent trials, however, have suffered from design limitations such as a small group size, absence of control groups, and demographic bias in the study cohorts. As a result, no meaningful conclusions or consensus have been reached as of May 2020.

The posts mention one such study by Didier Raoult, a physician based in Marseille, France. His study generated much controversy and received criticism from the scientific community for its questionable design, as discussed here in a previous review. Recent, non-peer-reviewed publications may indicate a positive effect of hydroxychloroquine against COVID-19 under certain conditions[15,16], however doubts persist regarding the design of these studies as well. On the other hand, another yet-to-be peer-reviewed study reported that SARS-CoV-2 elicited a similar type of infection in monkeys as in humans, but that hydroxychloroquine was an ineffective treatment in that model, with or without the addition of azithromycin[17].

At the time these claims were published, the debate regarding the efficacy of chloroquine or hydroxychloroquine against COVID-19 was still underway, with better-designed clinical trials planned that could produce stronger evidence and conclusions. It is therefore inaccurate for these articles to present chloroquine or hydroxychloroquine as a “proven treatment” against COVID-19. Of note, OneNewsNow is also incorrect in saying that hydroxychloroquine or chloroquine would work as a vaccine. While the 2005 scientific study indicated a short-term protective effect when cell cultures were pretreated with chloroquine a few hours before infection, a compound that worked as a vaccine would have to induce immunological memory in an organism to guarantee long-lasting protection against infection, even after the compound had been cleared from the body.

Finally, the claim also states that the 2005 study was commissioned, conducted, funded, and published by the NIH. In particular, the Fed Up Democrat blog post says, “In 2005 the National Institutes of Health (NIH) published a study called Chloroquine is a potent inhibitor of SARS coronavirus infection and spread”. However, the study clearly states that the authors are affiliated with either the U.S. Centers for Disease Control and Prevention or the Clinical Research Institute of Montreal, Canada. None of the researchers were affiliated with the NIH or its NIAID institute. In addition, the study lists its funding source as the Canadian Institutes of Health Research in the “Acknowledgements” section, and not the NIH. OneNewsNow further claims that the journal publishing this research, Virology Journal is “the official publication of Dr. Fauci’s National Institutes of Health”. This is false. Virology Journal is a scientific journal published by Biomed Central, a UK-based publisher owned by Springer Nature, a Germany-based worldwide publishing company whose majority shareholder is a Stuttgart-based privately-held company. Therefore, the claim that this study was NIH-performed, NIH-funded, or NIH-published is false. It is possible, however, that some people might have been confused by the fact that this 2005 study is available in the PubMed database maintained by the National Center for Biotechnology Information located at the NIH. Pubmed, however, is a general repository for peer-reviewed biomedical publications, with more than 30 million items not necessarily performed, funded or endorsed by the NIH.