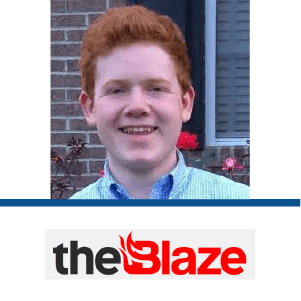 CLAIM
[O]ne of the previously fastest shrinking glaciers in the world is growing again, calling into question the narrative that rapid climate change [...] poses a significant threat to the existence of the human race
VERDICT more about the rating framework

DETAILS
Fails to grasp significance of observation: A temporary re-advance of a glacier driven by variability of ocean currents is not a reversal of the long-term, human-caused trend of warming and ice loss.
Flawed reasoning: Observing the multi-faceted behavior of an individual glacier does not enable one to conclude that global climate change is not dangerous.
KEY TAKE AWAY

This claim badly misrepresents a study showing that a temporary movement of cooler ocean water against Greenland's Jakobshavn Glacier caused the previously retreating ice to re-advance slightly. The study does not, in any way, imply that global climate change and sea level rise are not dangerous. It simply illustrates the local effects that glaciologists study in order to understand all the factors that can affect individual glaciers.

FULL CLAIM: [A]ccording to new data from NASA, one of the previously fastest shrinking glaciers in the world is growing again, calling into question the narrative that rapid climate change — i.e., global warming — poses a significant threat to the existence of the human race, let alone the entire planet.

Lauren Simkins, Assistant Professor, University of Virginia:
“…from NASA…“: Although NASA-based scientists and NASA-funded data are strongly involved in the study, scientists from other domestic and international institutions are also involved. This is a minor point, but readers might be inclined to think NASA is solely responsible for the study.

“…one of the previously fastest shrinking glaciers in the world is growing again…“: While this statement is by itself accurate, it is misleading in that the glacier—despite thickening and slowing in places since 2016—remains in a state of ice mass loss where inputs do not make up for outputs. The glacier is still hauling ice into the ocean at very fast rates compared to glaciers worldwide.

Despite thickening within tens of kilometers from the ice front (a.k.a. margin or grounding line), ice losses elsewhere are greater than gains. This can happen two ways—overall thinning (accelerated ice flow leads to thinning if gains cannot account for the speed up) and calving of ice from the margin.

“…rapid climate change — i.e., global warming…“: It is important to clarify that the current “global warming” we are experiencing today produces a variety of responses in the ocean and atmosphere, and that ocean temperatures are not homogeneous across the ocean or even through a vertical slice of the water column. Anthropogenic atmospheric warming kicked off and continues to alter many other feedbacks that modify natural ocean and atmosphere patterns. For example, as the cited study discusses, how much heat is lost by the surface ocean depends heavily on the density of ocean water masses, which is fundamentally controlled by ocean salinity and temperature. If the depth of the ocean that is mixing increases due to, for example, decreased ocean-ice cover and ocean water freshening due to glacier meltwater input, the ability of the ocean to retain and absorb heat is altered on a seasonal basis. The study demonstrates that the ocean has memory of wintertime heat loss, which led to cooling that persists beyond a single season. Therefore, one winter’s ocean cooling leads to subsequent winter waters being colder.

“…poses a significant threat to the existence of the human race, let alone the entire planet…” – The physical planet will be fine eventually; however, all the living stuff, including us, is not necessarily biologically equipped to adapt to such rapid environmental changes. I am not aware of any peer-reviewed articles that link modern global warming to the extinction of the human race, and find the interweaving of the topics of periodic glacier thickening and the existence of the human race irresponsible and alarmist for the sake of gathering attention.

One question that remains is how long will these cold ocean conditions near the glacier last? That is a question that we don’t know the answer to. Other than a key conclusion being that the glacier is extremely sensitive to ocean temperature fluctuations, the study finds that the glacier is still flowing at extremely fast rates and discharging enough ice into the ocean to keep Jakobshavn Isbrae a major player in global sea level rise. The findings are not well represented in the above quote.

The Blaze article is misleading. To me, the study shows just how sensitive ice sheets are to changing ocean temperatures, and how quickly glaciers can respond. The Blaze quotes the AP, saying that Jakobshavn’s sudden growth likely was caused by natural and temporary cooling of the North Atlantic. We know that this “ocean weather” comes and goes, just like the weather outside. We really need to put on our long-term goggles here. A cold winter day doesn’t mean global warming is suddenly off the table. Similarly, glacier melt will continue because the long-term trend is clear, both the ocean and the atmosphere is warming, attacking glaciers from both below and above.

Twila Moon, Research Scientist, University of Colorado, Boulder:
The new observations of slowing for Jakobshavn Glacier in NO WAY call into question rapid climate change. Individual glacier behavior—such as glacier speed, thickening, and retreat—responds to climate change AND to local conditions and short-term (year-to-year) variations. Non-climate elements influencing glacier behavior include land shape underneath and along the side of a glacier, short-term changes in air temperature and precipitation, and ocean temperature and motion. Scientists do not expect individual glaciers, like Jakobshavn, to change steadily as the global climate warms. Recent behavior of Jakobshavn Glacier does not change any of the scientific consensus on the rapidity of climate change, and urgency regarding our need to address it.

Alexander Robel, Assistant Professor, Georgia Tech:
The only part of this statement that is supported by the Nature Geoscience study is “[A]ccording to new data from NASA, one of the previously fastest shrinking glaciers in the world is growing”. Nothing after that part of the sentence is supported or even addressed by the Nature Geoscience paper. In particular, it is not clear what is meant by “again” since it is not necessarily the case that the glacier was growing as much before the recent period of retreat. Also, there are many glaciers around Greenland, not just Jakobshavn, which have been undergoing retreat over the last few decades, and these glaciers have not necessarily started growing in the last few years. Individual glacier systems, particularly those in contact with the ocean, undergo strongly heterogeneous responses to climate change and climate variability. This is an ongoing area of research within glaciology. However, there are many independent lines of evidence from satellites and field observations, which have shown that on net, the Greenland and Antarctic Ice Sheets have been losing mass over at least the last 20 years, contributing to global sea level rise. This total mass loss has continued over the last few years, regardless of what has occurred at any individual glacier.