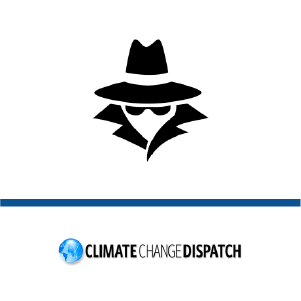 CLAIM
[A] series of just-released studies by working-level scientists prove that geological and not atmospheric forces are responsible for melting of Earth’s polar ice sheets.
VERDICT more about the rating framework

DETAILS
Misrepresents source: These studies do not support the article's claim and say nothing that challenges the human cause of glacial ice loss.
KEY TAKE AWAY

The studies that this article points to make no such claim. This research characterizes the varying temperature conditions at the base of glaciers that cause them to either freeze to the ground or sit on thawed ground. This has important implications for understanding how different portions of the ice sheet will respond to global warming, but it does not explain the glacial ice loss measured over the last century.

FULL CLAIM: In what amounts to dissension from National Aeronautics and Space Administration (NASA) climate change policy, a series of just-released studies by working-level scientists prove that geological and not atmospheric forces are responsible for melting of Earth’s polar ice sheets.

This article at Climate Change Dispatch points to two studies published on geothermal heat flow beneath ice sheets to support its claim: one on the Greenland Ice Sheet1 and one on a portion of Antarctica2. However, neither study makes or supports the claim that geothermal heat—rather than human-caused global warming—is the driver of glacial ice loss. The Climate Change Dispatch article was published in August 2018, but has continued to spread across social media and reappear through posts on other websites, leading to more than 40,000 shares on Facebook at the time of this review.

In 2017, one of the authors of this study (NASA Jet Propulsion Laboratory Senior Research Scientist Erik Ivins) was contacted by the fact-checking website PolitiFact. Ivins told them: “The study itself is about steady state conditions that would exist at the bottom of the ice sheet for many many millions of years. We think of climate change as occurring 10 years, 100 years, maybe 500 years—our study has nothing to do with those time scales[…] Nothing in our paper has anything to do with climate change.”

Geothermal heat flow occurs everywhere on the planet because the interior of the Earth is warmer than the exterior, but heat flow varies based on the geology beneath a location. This can be important for understanding ice sheet behavior, because glaciers that are frozen to the ground typically move more slowly than glaciers with liquid water at their base.

Thawed ground beneath glaciers is common because the ice and snow acts as insulation. But variations in geothermal heat flow can influence whether the ground is thawed or frozen, or how much water is produced at the base of a glacier. Therefore, estimates of geothermal heat flow help improve ice sheet models that are used to simulate responses to things like modern global warming.

In the study, the researchers focus on contributing information that will make models more accurate, writing, “[W]e believe the new map provides an important thermal boundary condition for ice-sheet models and will improve the spatial distribution of predicted thawed bed in these models. Our new heat ﬂux map and its uncertainties will help to constrain estimates of basal temperature and the basal thermal state, which in turn, will help to provide more realistic models of ice dynamics and improve the knowledge of subglacial hydrology distribution across Greenland.”

Like the Greenland study, the Antarctica study said nothing about a potential link between increasing heat flow in the Earth’s crust and recent ice loss. Instead, it describes a geologic condition that has likely existed for tens of millions of years and focuses on informing projections of future ice loss due to global warming. “[B]asal conditions are of major importance to the proper formulation of numerical simulations of ice sheet evolution in a warming climate,” the authors wrote.

The Climate Change Dispatch article does not link directly to the study, but instead links to a NASA press release. It also mistakes the headline of the press release for the title of the study. In contrast to the claims in the Climate Change Dispatch article, the NASA press release states, “Although the heat source isn’t a new or increasing threat to the West Antarctic ice sheet, it may help explain why the ice sheet collapsed rapidly in an earlier era of rapid climate change, and why it is so unstable today.”