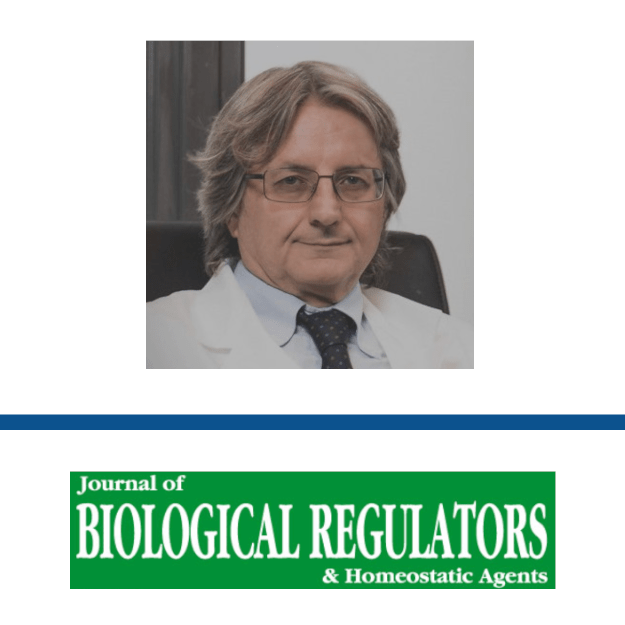 DETAILS
Inadequate support: The article offers no experimental data that supports its claims.
Flawed reasoning: The proposed hypothesis stipulates that 5G electromagnetic waves must be shorter than cells in order to exert their virus-generating effect. However, the diameter of a human skin cell is about 0.03 millimeters, whereas the waves generated by 5G technology range from 1 to 10 millimeters in length, making them much longer than a cell. In short, the article disproves its own hypothesis.
KEY TAKE AWAY

The proposed mechanism of action described in the claim that 5G millimeter waves can generate SARS-CoV-2 in human cells violates fundamental principles of biology. Scientific evidence does not support a causal relationship between 5G and COVID-19. Many of the regions with the highest COVID-19 infection rates, such as Brazil, do not have 5G coverage, providing further evidence that 5G is not associated with the pandemic.

An editorial article published in the Journal of Biological Regulators and Homeostatic Agents
on 16 July 2020 and withdrawn a few days later claimed that the millimeter-length waves used in 5G technology can spontaneously generate SARS-CoV-2 and other viruses inside human cells. The article’s claims continue to propagate through social media posts and blog posts, such as this one by “alternative health” website GreenMedInfo, which has received more than 6,700 interactions on Facebook. The spread of this claim has largely been aided by Facebook groups such as QAnon that promote conspiracy theories and medical misinformation.

Briefly, the authors propose that skin cells act as antennae for electromagnetic waves generated by 5G technology, which causes DNA in cells to move. This movement causes “hexagonal and pentagonal holes” in the “liquid” of the cells, leading the cells to produce “hexagonal and pentagonal extra bases” in order to fill these holes. These bases, they say, can then combine to form the novel coronavirus SARS-CoV-2. As we explain below, this proposed mechanism is poorly defined, violates basic, well-established principles of biology, and the authors present no supporting experimental data.

Secondly, scientists have identified SARS-CoV-2 as an RNA virus[1]. While the building blocks of both RNA and DNA can be referred to as nucleotide bases, the chemical composition of RNA bases significantly differs from DNA bases. The authors do not specify whether these bases are RNA or DNA and frequently discuss the “hexagonal and pentagonal extra bases” in the context of DNA, seemingly implying that these are DNA bases. Yet DNA bases would not be able to constitute an RNA virus.

Finally, the authors’ hypothesis directly contradicts itself. This purported phenomenon hinges on the relative sizes of the cell and the electromagnetic wave. Quoted from the article: “To produce these viruses within a cell, it is necessary that the wavelength of external waves be shorter than the size of the cell.” But the diameter of a human skin cell is about 0.03 millimeters, whereas the waves generated by 5G technology are millimetric, ranging from 1 to 10 millimeters, making the waves longer than the cell. In short, the article disproves its own hypothesis.

Besides the fundamental problems with their hypothesis, the authors also make the unsubstantiated claims that 5G causes cancer and “720 (factorial) different diseases in human beings”. As Health Feedback explained in a previous review and an Insight article, the scientific evidence does not support a causal association between radio frequencies, including 5G, and cancer. Although radio waves are part of the electromagnetic radiation spectrum, they belong to the category of non-ionizing radiation, as they do not carry enough energy to remove electrons from atoms. This distinguishes them from ionizing radiation like gamma rays, which are associated with an increased risk of cancer.

Apart from cancer, there is also no scientific basis for associating 5G with other adverse health effects, as scientists explained in this Health Feedback review. Rodney Croft, a professor at the University of Wollongong and chair of the International Commission on Non-Ionizing Radiation Protection (ICNIRP), said that “radiofrequency electromagnetic fields underlying 5G functionality has already been studied in great depth—it is only the name ‘5G’ that is new here. We know that at the exposure levels permitted within the ICNIRP 2020 guidelines, exposure to the radiofrequency fields does not cause harm. This science includes consideration of the frequency and power of RF that is used in 5G devices.”

As such, there is “no scientific basis for stating that 5G is a threat for health, as long as exposure is kept well below the existing exposure limits, as suggested by the first measurements,” said Isabelle Lagroye, a researcher in bioelectromagnetism at the Centre National de la Recherche Scientifique (CNRS) in France and a member of ICNIRP.

In addition to the scientific inaccuracies and inconsistencies it contains, the article was also published by a journal with questionable publishing practices. Microbiologist Elisabeth Bik pointed out that the editorial board of the journal includes several scientists who are deceased. The journal also quietly withdrew the article and the author list without issuing a retraction notice explaining the reason for the retraction or indicating who had initiated it, which goes against the standard recommended retraction guidelines set forth by the Committee on Publishing Ethics.

When Retraction Watch, a blog that tracks scientific retractions and issues of scientific integrity, reached out to the journal for comment, the blog received a response described as “a bit like a Mad Libs of excuses we hear from publishers when something goes wrong.” The response also inexplicably came from an employee in the financial department:

“The response from the editor came, we note, from Connie De Vincentis, whose title is ‘Accounts Supervisor, FINANCIAL DEPARTMENT.’ While we are accustomed — unfortunately, we would argue — to having editors refer our requests for comment to publishing company spokespeople instead of responding themselves, this may be the first time we have had a response from someone in the financial department of a publisher.”

The authors themselves have also previously produced work that doesn’t pass muster. The author list can still be viewed in an archived version of the article’s PubMed entry. The first two authors, Massimo Fioranelli and Alireza Sepehri, have histories of publishing questionable studies in dubious journals. According to Bik’s critique of the article:

“Sepehri is an astrophysicist who briefly worked at the Research Institute for Astronomy and Astrophysics of Maragha (RIAAM) in Iran, but kept on using his affiliation long after he was not employed anymore. He wrote several preprints and articles in which he decapitated 400 birds to prove they can still live without a head, implanted beans into another bird to create new life, and claimed that DNA of a [woman] will irradiate waves that are canceled by male DNA […]

Massimo Fioranelli is a Human Physiology professor at the Università degli studi Guglielmo Marconi in Rome […] Fioranelli and Sepehri have published some incoherent papers together before. Of note, they published a paper in which they propose to infect pregnant women with influenza virus as a novel way to reveal the gender of the fetus. In another paper, they claim that water has a memory and that cancer in men or women can be stopped by treatment with cells from the opposite gender.”

Overall, the authors propose an extraordinary hypothesis without offering any experimental evidence to substantiate their claims. Furthermore, the claims not only directly contradict known facts about the novel coronavirus but also defy basic principles of biology. Finally, the hypothesis disproves itself. Simply put, the article is merely a compilation of wild speculations rather than a presentation of scientific evidence.

The claim by certain outlets like InfoWars that the article is an “NIH study” is also inaccurate. This claim comes from the fact that the article is listed in the National Institutes of Health’s (NIH’s) National Library of Medicine and is searchable using its PubMed search engine for scientific literature. However, the listing of articles in this library in no way indicates that the NIH supported or funded the study or that it endorses the study’s findings. This would be analogous to claiming that a library is the writer and publisher of all the books that it contains, or that a library endorses the quality of all the material it holds.

Claims linking COVID-19 and 5G technology have circulated on social media since January 2020 after a Belgian physician suggested an association during an interview published in the newspaper Het Laatste Nieuws. Others have claimed that the severity of the pandemic is directly correlated with 5G technology. As Health Feedback explained in an earlier review, the claim is demonstrably false, as some of the regions with the highest rates of infection, such as Brazil and the Italian region of Lombardy, have no 5G coverage.

Lead Stories also fact-checked this claim and found it to be false.