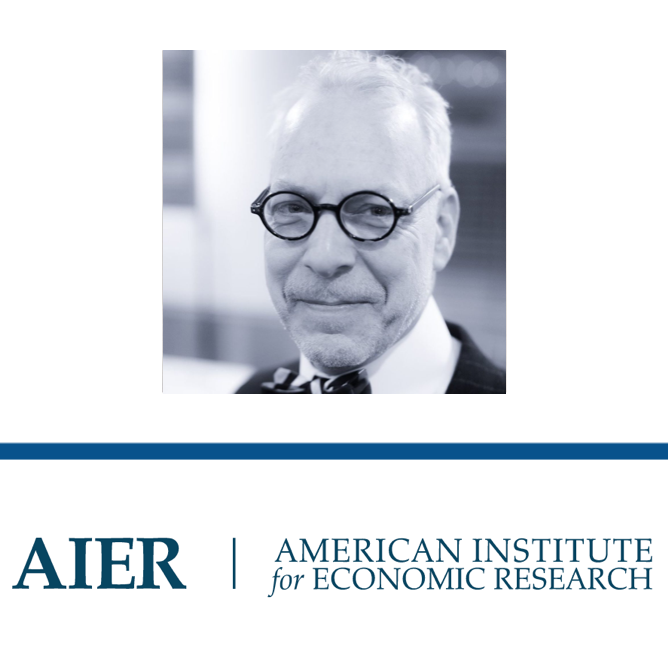 Asymptomatic and presymptomatic carriers of SARS-CoV-2, the virus that causes COVID-19, were estimated to account for at least 50% of SARS-CoV-2 transmission. People who appear to be healthy can still transmit the disease, justifying the need for people to wear masks and practice physical distancing to reduce the spread of COVID-19. A study that screened 10 million people in Wuhan, China assessed whether the stringent lockdown was effective at reducing the presence of SARS-CoV-2 in the population. However, the study was not designed to measure the risk of SARS-CoV-2 transmission by asymptomatic carriers.

FULL CLAIM: AIER: asymptomatic spread of COVID-19 never occurs;
The Last Refuge: “asymptomatic spread just doesn’t happen”; “when a person is infected with the virus they are only infecting others when they have symptoms”; ”We could take comfort in our normal intuition that healthy people can get out and about with no risk to others. We could take off our masks.”

The respiratory disease COVID-19, which is caused by the virus SARS-CoV-2, spread around the world in 2020. COVID-19 has caused more than 85 million confirmed cases and more than 1.8 million confirmed deaths globally as of 4 January 2020. In spite of its significant death toll, COVID-19 can also be an asymptomatic disease in a number of patients.

Some websites claim that SARS-CoV-2 can only be transmitted by people who show symptoms or that asymptomatic people cannot transmit COVID-19, therefore recommendations to physically distance and wear masks to reduce the spread of COVID-19 are unjustified. These claims appeared on websites, such as the American Institute for Economic Research website and this blog. Both rely on a research paper by Cao et al. published in Nature Communications in November 2020 as evidence[1]. However, these claims are inaccurate as they misinterpret results from this study and cherry-pick data from the scientific literature.

The study by Cao et al. reported findings from a very large screening in which local authorities carried out PCR tests for SARS-CoV-2 on more than 10 million people in Wuhan, China. As the study reported, 300 people who tested positive for SARS-CoV-2 had no history of COVID-19 symptoms. The study also looked at the close contacts of these cases’, which were defined asby whoever contacted the infected individual within two days prior to sampling for the test. Of the 1174 close contacts who were tested for SARS-CoV-2, all returned a negative result, suggesting that the 300 asymptomatic cases did not transmit the infection to others.

Asymptomatic transmission of COVID-19 occurs, but the study by Cao et al. took place at a time of low disease transmission following a lockdown

The claim that asymptomatic carriers do not transmit COVID-19 is based on the observation by Cao et al. that nobody who was in close contact with asymptomatic people tested positive for SARS-CoV-2. However, the claim is based on a misinterpretation of the study scope and results.

William Hanage, an associate professor of epidemiology at Harvard University explained: “This claim is unambiguously false. The paper cited is not a study of the potential for asymptomatic transmission; it is a study of the current prevalence of the virus in Wuhan in May of last year”. The authors note that their study is cross-sectional, meaning that it is a ‘snapshot’ of the situation at a given time, and not a follow-up over time. Therefore, the approach used in the study is not effective for following the evolution of the number of asymptomatic COVID-19 cases.

In addition, a communication from the University of East Anglia, which participated in the study, stated, “the research team warns that their findings do not show that the virus can’t be passed on by asymptomatic carriers.” This directly contradicts the interpretation that the study shows that asymptomatic transmission does not exist.

In a comment to Health Feedback, Fujian Song, a professor in research synthesis at the University of East Anglia and corresponding author of the study by Cao et al., stated: “It is wrong to conclude that ‘when a person has no external symptoms of the virus [SARS-CoV-2], just like the cold and flu, they are not a risk of transmitting the virus to others’.”

Indeed, the situation of the 300 asymptomatic cases in Wuhan is not representative of the global situation. “These asymptomatic cases were identified four to eight weeks after the relaxation of 70 days’ stringent lockdown in Wuhan,” Song explained. “By then the epidemic in Wuhan had been effectively brought under control. The asymptomatic cases identified in the screening programme in Wuhan were likely to be previously infected (positive for antibodies in 60% of them) and had only inactive remains of viral RNAs, compared with cases in locations with high SARS-CoV-2 virus transmission.”

In other words, the asymptomatic cases detected in the study were possibly no longer contagious by the time they encountered their close contacts, owing to the stringent isolation during the lockdown, which strongly decreased the virus circulation. Thus, the findings of this study may not apply to recently infected asymptomatic carriers in an area with a high level of virus transmission.

In the press release published by the University of East Anglia, Song also emphasized, “There is plenty of evidence elsewhere showing that people infected with COVID-19 may be temporarily asymptomatic and infectious before going on to develop symptoms.” Nicola Low, a professor of epidemiology at the University of Bern, agreed, “There are many studies showing that SARS-CoV-2 can be transmitted by people who have remained asymptomatic throughout the course of infection.”

I shouldn’t need to add, but this has profoundly bothered me for many months because of the confusion caused: @WHO has NEVER said that asymptomatic cases do not transmit.

Let’s work together to end this pandemic.

Physical distancing, implementing lockdowns, and mask wearing are reducing the spread of COVID-19

As explained above, asymptomatic transmission does occur. However, even assuming the opposite, it would still be inaccurate to conclude that physical distancing, implementing lockdowns, or mask wearing are useless to reduce the spread of COVID-19 because these claims “conflate the meaning of the terms ‘asymptomatic’ and ‘pre-symptomatic,’” said Low.

Contrary to the claim that people can only transmit the disease when they show symptoms, scientific studies establish that presymptomatic carriers are indeed contagious. “The article making the claim (not the paper) also confuses ‘asymptomatic’ with ‘presymptomatic’. Viral loads are highest early in infection around the time symptoms develop. And so the risk of transmission in that window is considered to be very high. This is what underpins public health advice on distancing and masks,” Hanage explained.

Hanage further noted that these public health measures do not only apply to COVID-19, but also help reduce the spread of other illnesses, like the flu and common cold. Therefore, this article is inaccurate in claiming people with the common cold and the flu are only contagious when they have symptoms. Hanage added that “Presymptomatic transmission of influenza is a major reason the flu is hard to control[6].”

Therefore, physical distancing and mask-wearing are still recommended, since presymptomatic people can transmit the infection while not showing symptoms.

The relevant size of the study is not 10 million, but less than 300

The size of the population that is screened for infection can affect the reliability of a study’s conclusions. For instance, if only a few people in the population are tested for a disease and none of these tests return a positive result, researchers would not be able to conclude that nobody in the population is infected, as sheer chance alone could lead to only healthy individuals being screened. But by testing almost 10 million people living in Wuhan, or 93% of the local population, the study was able to catch most of the ongoing COVID-19 cases.

These articles emphasize the apparently impressive size of the study. However, what these articles fail to report is that the size of the population studied for asymptomatic transmission of SARS-CoV-2 is less than 300, which is a lot smaller than 10 million. This is because only 300 people were labeled as asymptomatic cases. And of these 300 supposedly asymptomatic cases, 110 of them tested negative for antibodies against the virus. This suggests that either these 110 cases just got infected and did not produce antibodies yet, or were never infected to begin with.

In summary, the large screening in Wuhan was not designed to study asymptomatic transmission of COVID-19, and only 190 people out of 10,000,000 tested were actually asymptomatic with serological proof of past infection with SARS-CoV-2.

The Cao et al. study does not demonstrate that asymptomatic transmission of COVID-19 does not occur. The viral load and serological data from asymptomatic cases in Wuhan suggest that these cases were infected weeks before the study was conducted and were only carrying remnants of the virus by the time they encountered their close contacts, and were therefore no longer contagious.

Furthermore, one must distinguish between purely asymptomatic and presymptomatic carriers. Although much more data is needed, scientific studies suggest that both types of carriers of SARS-CoV-2 are contagious, with the latter being more contagious than the former. Similar to other diseases like the common cold and the flu, people infected with COVID-19 are contagious before they begin to show symptoms. This infection characteristic, which makes it difficult to know in advance who is infected without performing diagnostic tests, makes physical distancing and mask-wearing necessary for reducing the spread of the disease.

The article making the claim (not the paper) also confuses “asymptomatic” with “presymptomatic”. Viral loads are highest early in infection around the time symptoms develop. And so the risk of transmission in that window is considered to be very high. This is what underpins public health advice on distancing and masks.

And another thing. The statement about flu […] is false. Presymptomatic transmission of influenza is a major reason the flu is hard to control[6].

[corresponding author of Cao et al.]
It is wrong to conclude that “when a person has no external symptoms of the virus [SARS-CoV-2], just like the cold and flu, they are not a risk of transmitting the virus to others”.

Therefore, it is problematic to apply the results of the paper to countries where COVID-19 outbreaks have not been brought under control. According to my understanding, any identified asymptomatic cases in China are centrally isolated (at isolation centres) for two weeks, and are discharged only if two PCR test results were negative.

I looked at the online article quickly and it is very misleading.