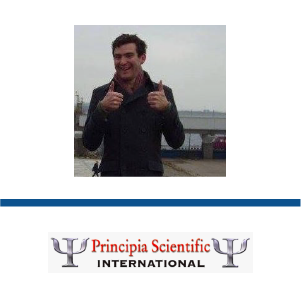 DETAILS
Factually Inaccurate: The headline and article attribute false quotes to scientist James Hansen, who never said them.
Misleading: The article fails to accurately explain the characteristics of the greenhouse gas scenarios used in Hansen's 1988 model simulations, or how those scenarios compare to the emissions that actually occurred since then.
KEY TAKE AWAY

This article falsely attributes quotes to NASA climate scientist James Hansen, when these statements are actually the opinions of others. It also misrepresents 1988 projections of global warming produced by Hansen and his colleagues, which were, in reality, accurate.

FULL CLAIM: ‘Father of Global Warming’ Scientist Finally Admits Theory Is Wrong [...] a new study that compares real-world data to the original Scenario B model — finding no correlation — has received Hansen’s backing, with the “Father of global warming” admitting he is “devastated” by the way his data has been used by climate alarmists.

This article, republished from NewsPunch (formerly Your News Wire) by Principia Scientific, quotes a Western Journal commentary that itself quotes from a separate blog post and a Wall Street Journal op-ed. Along the way, claims made by other people were turned into quotes attributed to scientist James Hansen—but he never said these things. Versions of this 2018 article have more recently been widely shared on Facebook.

The article refers to a “study” analyzing Hansen’s 1988 model simulations that projected future warming, but the source is, in fact, a blog post and Wall Street Journal op-ed rather than a peer-reviewed study. Those sources claim that the 1988 model simulations projected more warming than actually occurred, but they failed to accurately account for the greenhouse gas emission scenarios that were used.

Hansen’s 1988 simulations used three scenarios: A, B, and C. Careful analysis, as in this Real Climate post shows that Scenario B was closest to the emissions that have occurred, but its emissions were slightly higher than the real world. If Scenario B’s emissions are adjusted to match the real world, the predicted temperature trend does match observed temperatures.

The claim published by NewsPunch and Principia Scientific is that there is “no correlation” between the model projection and real-world temperatures, but this is false.

The article expands on this by claiming that the inaccurate analysis “has received Hansen’s backing”, and that Hansen admitted he was “‘devastated’ by the way his data has been used by climate alarmists”. No source is provided for these statements. The headline of the Western Journal commentary claimed “Father of Global Warming’s Theory Devastated by Actual Data”, but there is no quote in which Hansen supports this claim.

The only Hansen quote in any of these articles is taken from an article published by the Associated Press, which was titled “James Hansen wishes he wasn’t so right about global warming”. In this article, Hansen says, “I don’t want to be right in that sense,” in the context of his accurate projections of the warming that has now occurred.

So the other statement attributed to Hansen by the NewsPunch and Principia Scientific article—that he “finally admits theory is wrong”—is also invented, as Hansen did not say this.